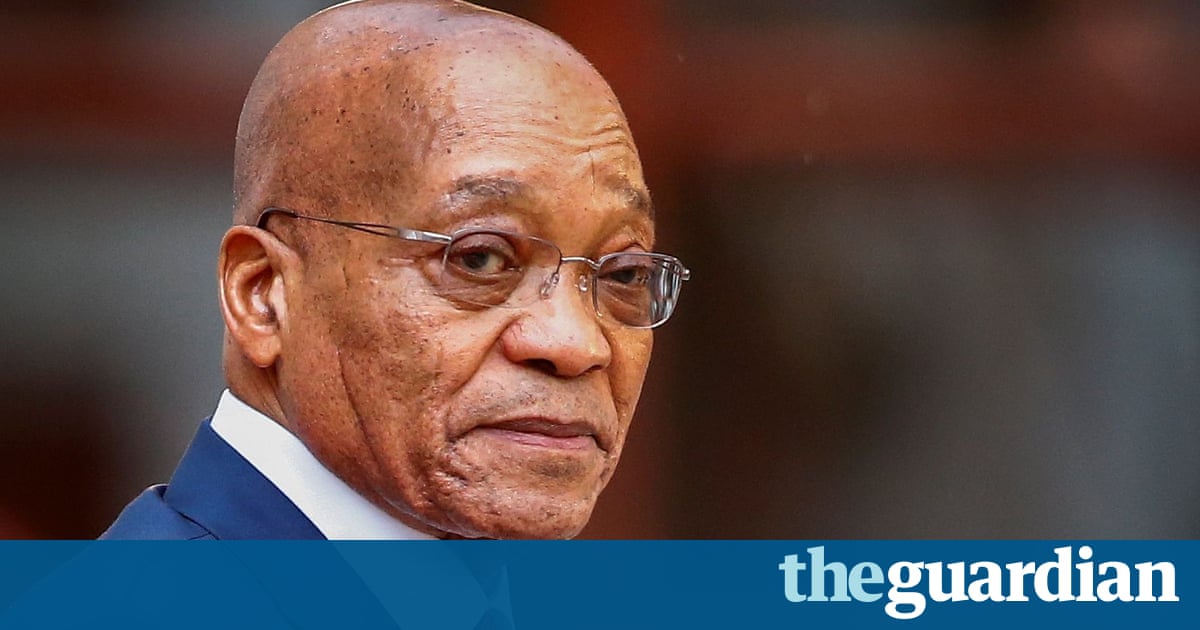 Jacob Zuma is considering offering to step down next year, at least 12 months before his term as South African president ends, under a deal with opponents in his ruling party that would see finance minister Pravin Gordhan leave office now, two senior party sources said.

Zuma is due to be replaced as leader of the African National Congress (ANC) at a party conference in December after serving his allocated two terms, but was expected to remain the countrys president until elections in 2019. His spokesman did not respond to calls for comment.

Zumas offer would allow him a dignified exit, as there remains a possibility that he could be removed by the ANC before next year. Who becomes the next leader of the ANC is key for Zuma, given that he could yet face corruption charges, analysts say.

Zuma and his allies want Gordhan replaced by someone more aligned with their plans, which include a more radical redistribution of wealth to address the legacies of apartheid and looser fiscal policy, the two sources told Reuters.

Zumas offer appears intended as a way out of an impasse over the countrys leadership within the divided ANC, but may not be enough to satisfy Zumas opponents, who want the president out early anyway and urgently want Gordhan to stay.

The South African Communist party, an ally of the ANC, also said it objected to Zumas plan to sack Gordhan.

The main opposition leader, Mmusi Maimane of the Democratic Alliance, announced plans to bring a motion of no confidence against Zuma in parliament after his intention to fire Gordhan was confirmed.

There is precedent for an ANC leader leaving the presidency early. Thabo Mbeki was removed by the ANC as South African president in 2008 after his time as party leader ended at the close of the previous year.

The splits in the ANC deepened this week after Zuma ordered Gordhan to return from an investor roadshow in Britain, raising expectations of a cabinet reshuffle that markets fear will include the finance ministers removal. Gordhan is viewed favourably by investors and the rand fell sharply when he was brought home.

Zumas early departure after December conference is on the table. Its being discussed, one of the sources said. He could be forcibly removed, so it makes sense for him to go on his own terms.

Zumas opponents have become increasingly vocal, and his agreeing to stand aside early could help prevent a permanent split in the former liberation movement of Nelson Mandela, which last year suffered its worst result in local elections since it swept to power with the end of apartheid in 1994.

Zuma, who was an underground anti-apartheid operative and was jailed alongside Mandela on Robben Island, is a determined leader, but he has shown a willingness to compromise. In December 2015, he bowed to pressure from within the ANC and appointed Gordhan as finance minister after markets tumbled when he replaced respected economist Nhlanhla Nene with little-known David van Rooyen.

In a sign of the partys deep divisions, at the funeral of anti-apartheid stalwart Ahmed Kathrada on Wednesday, the congregation clapped and cheered as a letter written by Kathrada calling for Zuma to resign was read out.