It’s not completely surprising, despite rapidly evolving safety tech. Thanks to the recession recovery and low gas prices, Americans are hitting the roadmore, especially riskier drivers,and they’remore distracted than ever.

What is shocking is that48 percentof thosekilled in passenger vehicles—nearly 10,000 people—werent wearing a restraint when they died.Who the helldoesnt wear their seat belt these days? And how do youconvince the holdouts to save their own lives and buckle up?

According to the latest National Highway Safety Administration numbers collected by observers who creep on real-live drivers, 88.5 percent of drivers and front seat riders buckle up. That leftover 11.5 percent are most likely to beyoung men living in rural areas (especially the Midwest), driving pickup trucks.

Why?Some people dislike the government telling them what to do, says Russ Rader, who heads up communications for the Insurance Institute for Highway Safety. Refusing to buckle up can bea political statement. Some, like your horrible high school boyfriend, complain the things are uncomfortable, or that other methods keep them safe, or that they dont want to get trapped with one on.

Some peoplecan’t click itfor medical reasons. Othersjust forget, or have pseudo-rational rules about when belts are appropriate—not on short trips, not when its sunny out, not when theyre passengers, and so on.(Never mind that more than half of fatal crashes occur within fivemiles ofhome, and that unrestrained passengers not only die in crashesbut become flesh-and-bone projectiles,taking buckled-indrivers out with them.)

The Centers for Disease Control and Prevention rightfully touts convincing Americans to wear seat beltsas one of the greatest public health victories of the twentieth century—just 11 percent buckled up in 1981. The industry’s attention has moved to more advanced tech, like electronic stability control, automatic braking, autopilot systems. Butseat belts are still the most effective way to reduce injuries and reduce fatalities in serious crashes, says Ruth Shults, a senior epidemiologist who heads up the transportation safety team at the CDC. They are still so important. Every road death without a seat belt, she says, is a real tragedy.

Seat belts are still the most effective way to reduce injuries and reduce fatalities in serious crashes.Ruth Shults, epidemiologist

Experts almost universally agree that enforcement is the best way to get people to buckle up. Every statebut New Hampshirerequires adults in the front seats towear safety belts. In 34 states, cops can pull over and cite drivers for belt-free motoring. In these states, 91.2 percent wore their seat belts in 2015. In the 15 states where you can only get ticketed if you’re pulled over for something else, plus live-free-or-die New Hampshire, usage drops to 78.6 percent.

For those people who forget to strap in, anoldtechnology might be the answer. In 1974, a House of Representatives rankled by government intrusion banned the feds from mandatingignitioninterlocks,which prevent cars from starting when the drivers belt isnt buckled. But a 2012 law that makes it legal to requirebreathalyzer-triggered ignition interlocks for DWI offenders might open the door for wider implementationof the tech. GM already offers a feature that can refuse to turn on the car if front-seat passengers aren’t buckled in. Meanwhile, manycars come withthose irritatingbeeps that all butcommand drivers and frontseat passengers to belt up.

But there are other strategies. A few decades ago, researchers noted that workplace interventions—like contests and classes—could get motorists and passengersinto the idea of buckling up.A small 2015 studyrecommended teaching ’em young, by praising (or reminding) a learning driver every time she does (or doesn’t) belt up.

Thats the thing with habits, says Laith Alattar, a behavioral psychologist who worked on the study while atthe University of Michigan. Once you make it, you dont have to think about it. You eliminate the chance of forgetting. The study concluded that older drivers who are trying to form the habit will need to be patient and easy on themselves—its not simple work. 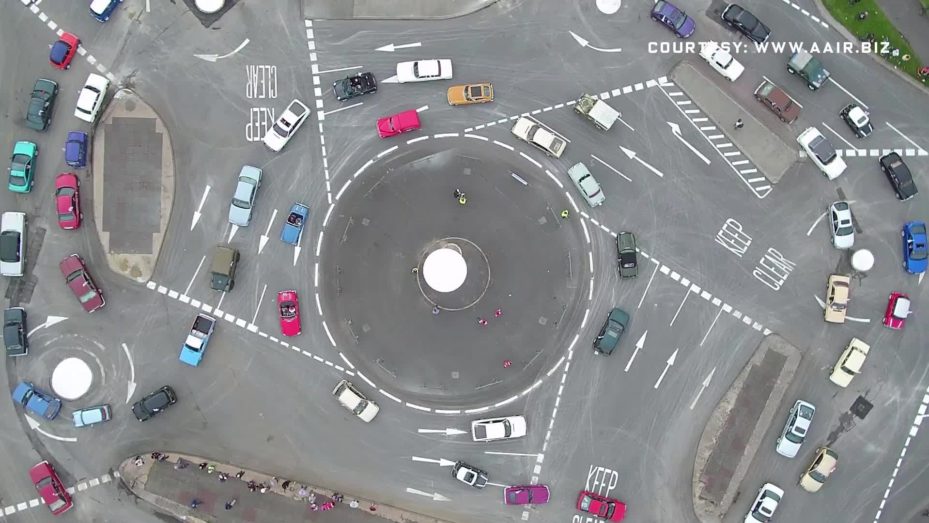 Your first thought upon seeing Swindon’s ‘magic roundabout’ might be: man, the Brits have really lost the plot lately. But this thingwhich is actually seven roundabouts in onehas been working for 60 years.

Jordan Peterson may be a ‘public intellectual’, but his latest theory isn’t very clever

Should You Be My Valentine? Research Helps Identify Good And Bad Romantic Relationships

Did a poisoned fish open my eyes to a culture of fear? | Sasha Abramsky

The true secret of happiness? Accepting that there isn’t one