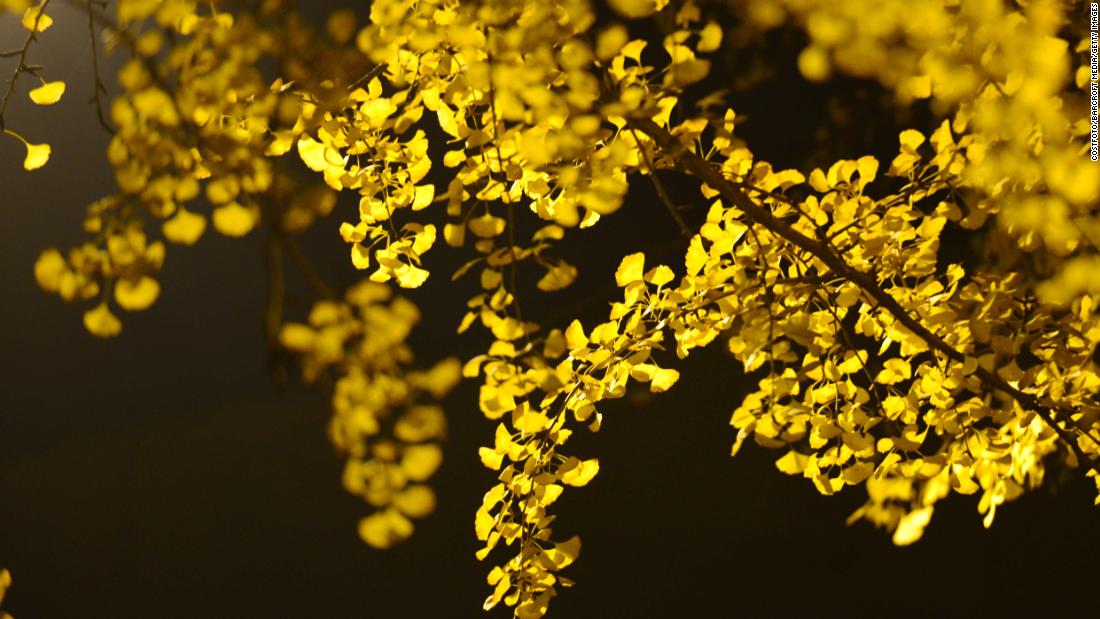 (CNN)Some trees can live for centuries or even millennia but the secrets behind their long life spans have eluded scientists. 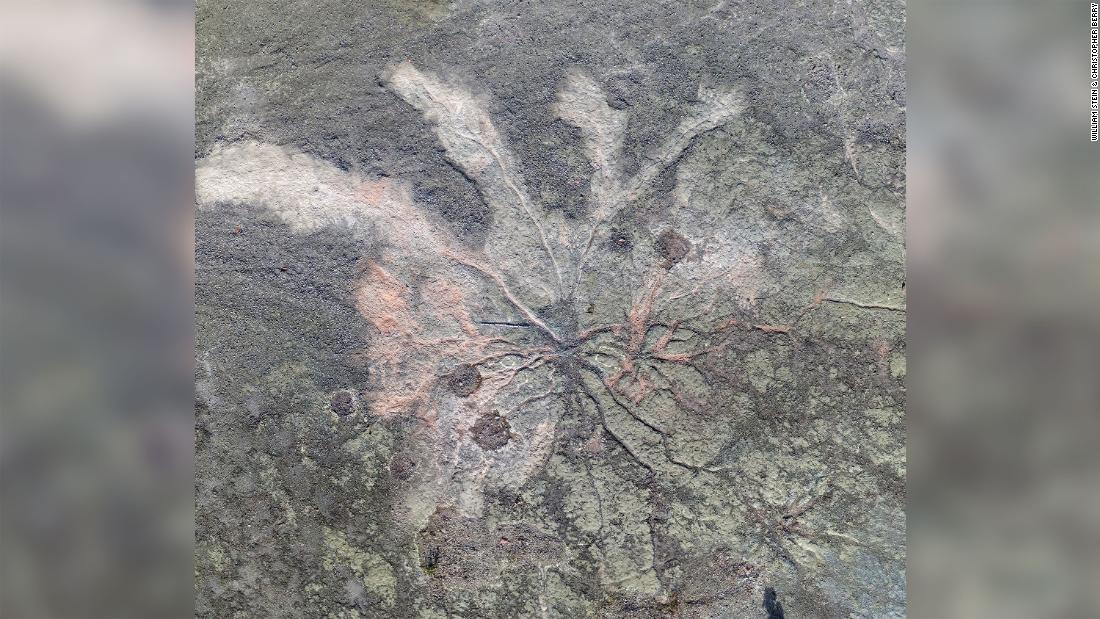 Researchers examined growth rings taken from inside the trunks of 34 healthy ginkgo trees in two Chinese provinces, Jiangsu and Hubei. The trees ranged in age from 15 to 667 years old. They found that the ginkgos didn’t stop growing as they aged, although the rings grew thinner.
And increasing age wasn’t associated with changes in other indicators of tree health: leaf size, its ability to photosynthesize and seed quality. Researchers examined possible changes at the genetic level. The researchers compared cells extracted from between the tree wood and bark and found that there was no change in the expression of genes related to biological aging, called senescence.
In humans, senescent cells play a role in many age-related chronic diseases like diabetes, cardiovascular disease and arthritis. 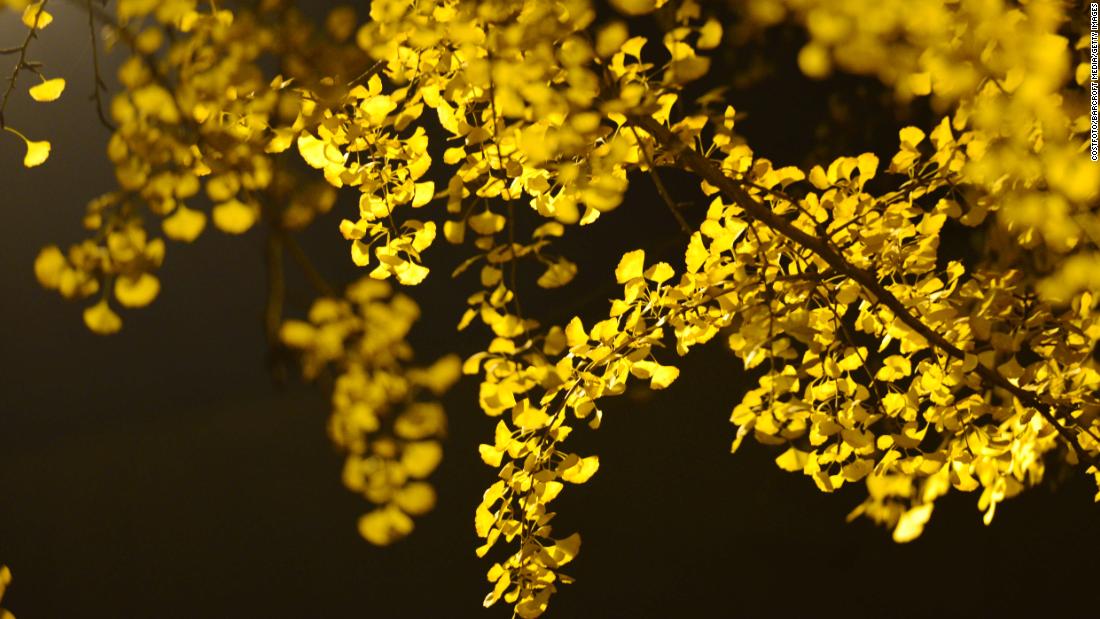 They found that, no matter what their age, the trees produced protective chemicals that helped defend against outside stressors such as disease or drought.
The study concluded that, in effect, old ginkgo trees stay healthy by preventing aging and maintaining their ability to resist external stresses.
The study was led by Richard Dixon at the University of North Texas and Jinxing Lin at the Beijing Forestry University and published in the journal Proceedings of the National Academy of Sciences (PNAS) on Monday. 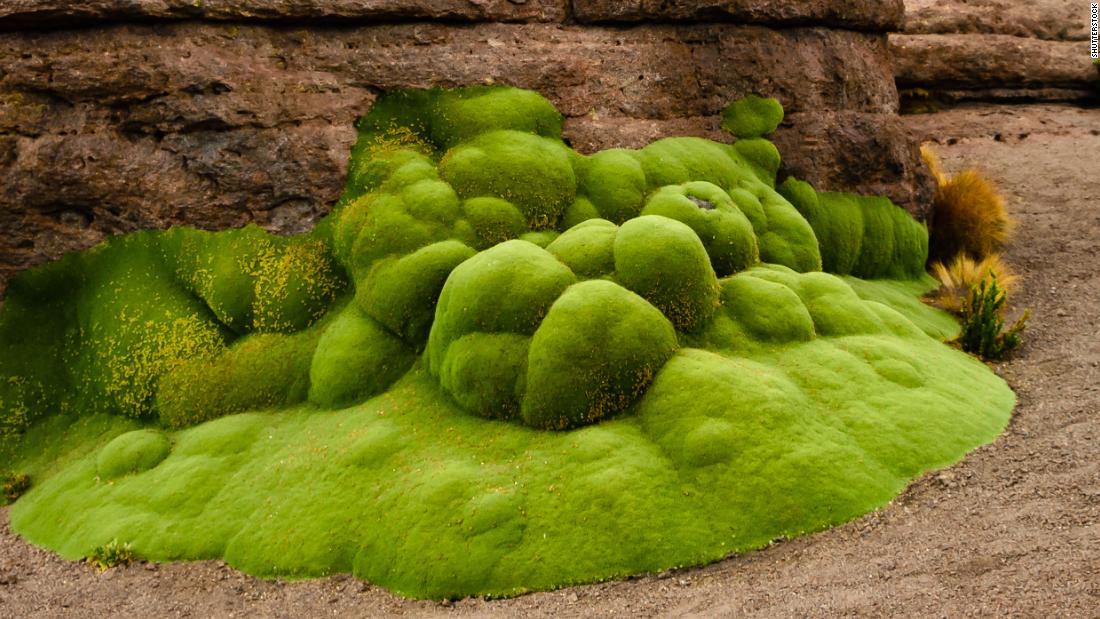 The trees showed no sign of aging as we would understand it, said Howard Thomas, a professor emeritus and plant biologist at the University of Aberystwyth in Wales who wasn’t involved in the research.
The researchers “saw changes but nothing that could be related to what’s known to be age specific in other organisms. For anyone who looks to trees for the elixir of life, this could be frustrating,” Thomas said.
“To all intents and purposes, if it wasn’t for chance and other factors, they are immortal,” he added. “Probably that’s why plants are so successful.”
Ginkgo trees are native to China and are known for their distinctive fan-shaped leaves that turn buttery yellow in the fall. Besides their longevity, fossils of the species date back to the time of the dinosaurs.
They’re listed as endangered in the wild but, the Maidenhair tree, as the ginkgo also known, is found in many parks and gardens across the world.
Some ginkgos are thought to be as old as 3,000 years, Thomas said, but that doesn’t make them the world’s oldest tree. That honor goes to a bristlecone pine found in the White Mountains of California, which is approximately 5,000 years old.