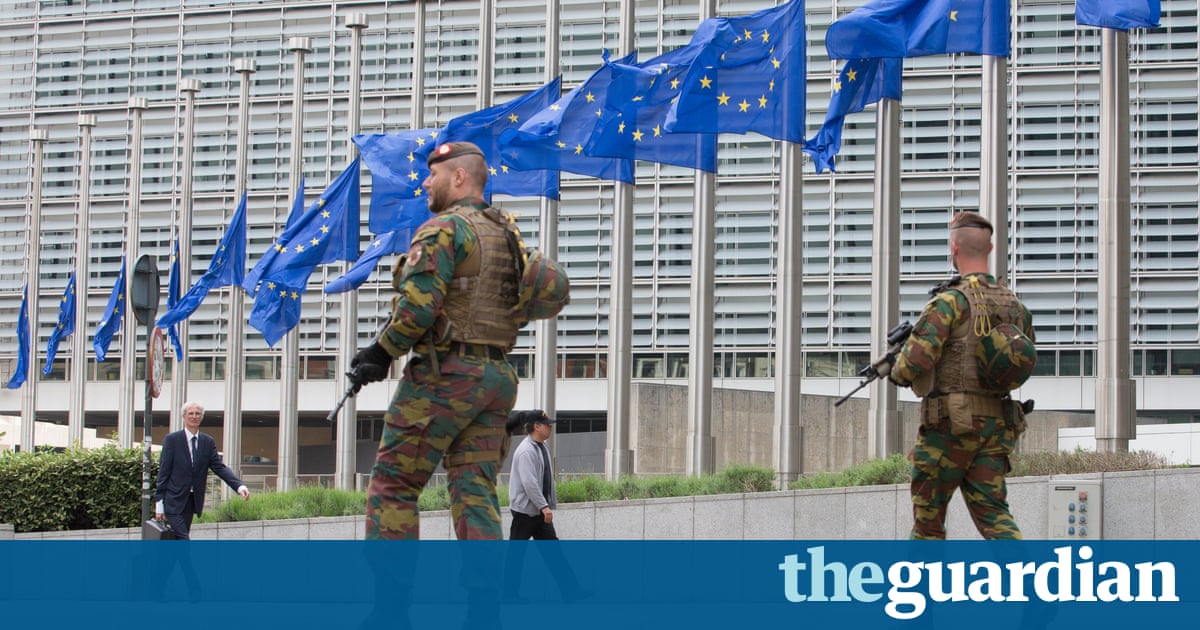 European and world leaders have expressed their shock, sympathy and condemnation after the suicide bombing at a pop concert in Manchester killed at least 22 people.

Speaking in Bethlehem where he was meeting Palestinian president Mahmoud Abbas, Donald Trump said he would not call the perpetrators monsters because they would think thats a great name.

Expressing his deepest condolences and absolute solidarity with the UK, the US president condemned the murder of so many young, beautiful, innocent people and said the wicked ideology of the evil losers responsible must be completely obliterated.

The Chinese president, Xi Jinping, sent a message to the Queen expressing his sincere condolences to those killed and injured, Chinas CCTV state broadcaster reported. The Chinese people are firmly standing together with the British people at this difficult time, Xi said.

The Russian president, Vladimir Putin, said he was willing to boost anti-terrorism cooperation with the UK after a cynical, inhuman crime, adding that he expected those behind it will not escape the punishment they deserve.

The German chancellor, Angela Merkel, expressed her great sadness and shock, adding that the attack on Monday night would only strengthen our resolve to work with our British friends against those who plan and execute such inhuman acts. I assure the people in Britain: Germany stands by your side.

In France, newly elected president Emmanuel Macron voiced his horror and distress, saying France sent its compassion and solicitude to the British people and that he would speak to Theresa May on Tuesday.

Together with his prime minister, douard Philippe, the president walked to the British embassy, close to the Elysee palace, to sign a book of condolences, French channel BFMTV reported.

Philippe condemned an abominable crime and the most cowardly terrorism that as at the Bataclan concert hall in Paris in November 2015 had specifically and clearly targeted young people going out.

The mayor of Paris, Anne Hidalgo, tweeted: Tonight Paris stands with Manchester and confirmed the Eiffel Towers lights would be turned off at midnight on Tuesday in homage to victims.

EU leaders expressed their horror and vowed to fight terrorism together. Jean-Claude Juncker ordered the flags outside the Berlaymont, home to the European commission, to fly at half-mast in solidarity.

Juncker sent his deepest sympathies to the British people, adding: It breaks my heart that, once again, terrorism has sought to instil fear where there should be joy, to sow division where young people and families should be coming together in celebration.

Donald Tusk, the president of the European council, said: My heart is in Manchester this night. Our thoughts are with the victims.

In Spain, prime minister Mariano Rajoy condemned the attack, sending his condolences to the families of the deceased and fervent wishes that the wounded recover soon. His foreign ministry condemned forcefully and unequivocally these vile acts.

The Dutch premier, Mark Rutte, said: Terrible news from Manchester where a great evening ended in tragedy. Our thoughts are with the victims.

The Italian prime minister, Paolo Gentiloni, tweeted: Our thoughts go out to the victims; his Danish counterpart Lars Lkke Rasmussen spoke of a horrendous loss of innocent lives.

Overnight, the Australian parliament observed a minutes silence in memory of the victims. The prime minister, Malcolm Turnbull, said the attack was especially vile, especially criminal, especially horrific because it appears to have been deliberately directed at teenagers.

He added: This is an attack on innocence. Surely there is no crime more reprehensible than the murder of children. This is a direct and brutal attack on young people everywhere, on freedom everywhere.

Israels prime minister, Benjamin Netanyahu, sent condolences to the families of those murdered and wishes of a speedy recovery to the wounded, adding: Terrorism is a global threat and it is incumbent on the enlightened countries to defeat it everywhere.

Japans prime minister, Shinz Abe, said Japan stood side by side with the British. In a message to May, Abe said he was deeply shocked that this appalling act of terrorism had targeted young people while they were attending a concert.

He added: On behalf of the government of Japan and the Japanese people, I would like to express my heartfelt condolences to the victims and extend our sympathies to those who have been injured.