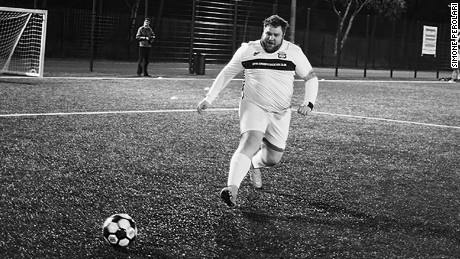 (CNN)After reviewing restaurants for years, Andrew Shanahan became obese and was looking for a way to lose weight.

But it wasn’t easy to find a program tailored to men. Every time he tried joining a weight-loss group, he was the only man in the room.
“I wondered how many other men felt that there was something missing and who weren’t getting the support that you desperately need when you’re trying to lose weight,” he said.
So in 2014, with the help of a crowdfunding campaign, Shanahan launched his Man v Fat initiative to reach out to other men like him. The idea drew attention from celebrities such as chef Jamie Oliver, and Shanahan was encouraged to write a book on it the next year.
Being based in England, a soccer league seemed like a natural outreach program. And Shanahan received nearly 1,000 applications for 80 spots in the inaugural league, which was created exclusively for men with a body mass index of 30 or more. 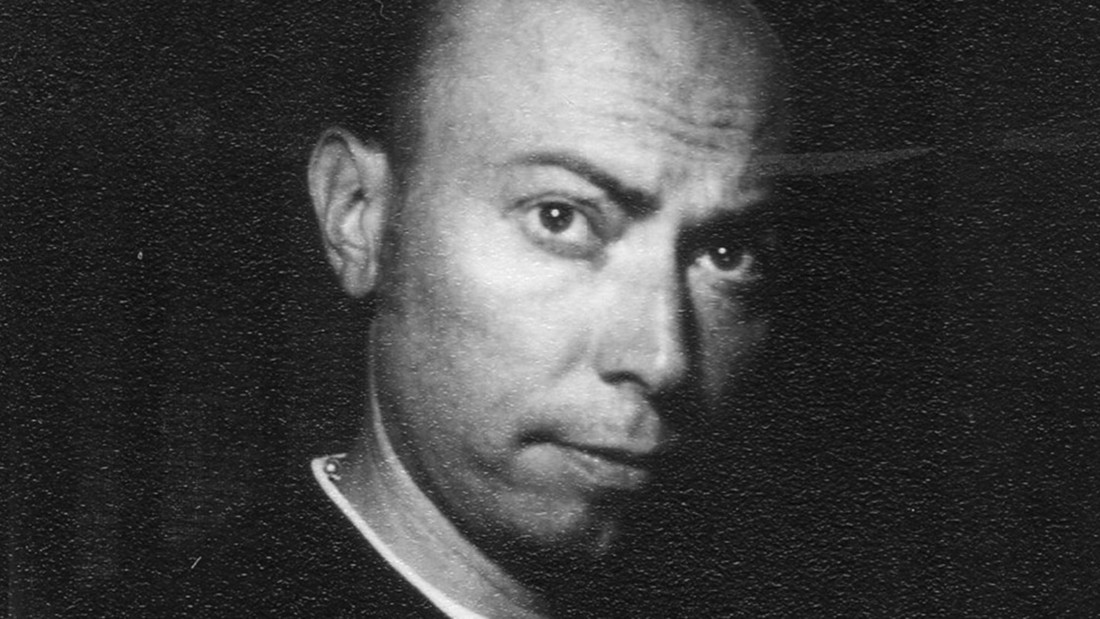 Many of the men used to play soccer — or as it’s called in most of the world, football — but their weight had become an obstacle in pursuing the sport they love.
“I saw people who want to have fun and slim down and believe in what they do,” said Simone Perolari, who photographed the league and whose images can be seen in the gallery above. “There is not a space for them in classic football, but some of them are really good players.”
Rob Bird, 40, read about the league in the Birmingham Mail. He played the sport until he was 25, and he calls the 15 years after that the “fat years” when he didn’t feel comfortable playing.
“I’ve always loved football, but playing against ‘normal-size’ guys left me feeling like I couldn’t compete as they were faster,” Bird said. “(This league) is a level playing field for bigger guys.”
Shanahan isn’t sure what he was expecting to result from the league’s first season, but the competitiveness of the players surprised him.
“For a long time they haven’t had a level playing field to compete on, so they are all determined to give it everything they have,” he said. “Fortunately, even those teams who lose can see that the benefits of losing weight and getting healthy more than make up for not topping the league.”

Shanahan watched bonds form between the men as they enjoyed their favorite sport and supported one another in their goals to get fit and healthy.
After 14 weeks, the 80 team members collectively lost 1,727 pounds, with the average weight loss close to 22 pounds per player.
Marcus Farnsworth lost more than 70 pounds and is enjoying the energy boost he’s received in return. He hopes it will help with his knees and back as he continues to lose weight. But he also enjoyed the togetherness and support of the guys around him.
“It gives you good motivation if one person is feeling hungry or thinking about snacking,” Farnsworth said. “We can give advice and communicate through our WhatsApp group for support.”
Bird has dropped nearly 60 pounds and is now down to 210. His gout and leg ulcer have improved “immeasurably.”
“I feel a million times better,” Bird said. “This has given me the confidence that if you are making the right choices, you will feel better for it. Being around other guys who struggled with weight fostered a great spirit amongst us of being in it together and sharing our knowledge and experience without any judging or snide comments.”
Shanahan is expanding the league across the rest of the United Kingdom beginning in July, and he hopes to start similar leagues in the United States and other countries.
“We saw a lot of health improvements, whether it was guys curing their sleep apnea, reversing their diabetes or lowering their blood pressure,” Shanahan said. “The other really notable thing was how much many of the players grew in confidence.
“I think it’s a great thing to undertake a project with other people who desperately want the same thing. It gives you energy and impetus. Working with the guys has been one of the greatest privileges of my career. To share in their excitement and to witness their achievements has been amazing.”