Could it be that we have been making our children sick by being too clean? 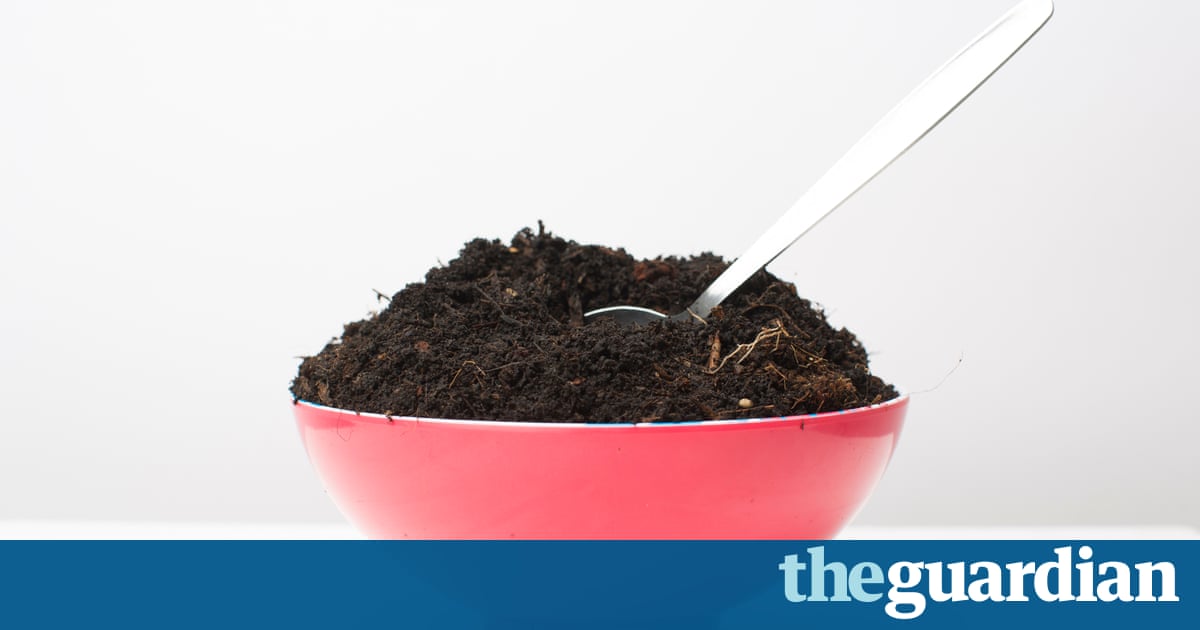 Im wondering, is it OK, hypothetically, for a child to lick the sole of her shoe? What about, just for arguments sake, eating a cigarette end in a park? And where, as a general rule, do we stand on licking sticks? In other words, sometimes I feel there isnt enough hand sanitiser in the world to keep a small child clean. All these questions go through my mind as I prepare to speak with microbiologists Marie-Claire Arrieta and Brett Finlay, whose book for parents, Let Them Eat Dirt, has turned my world on its head.

The book is a rallying cry to parents to put down antibacterial wipes, throw out sterilising tablets and start making mud pies. Underpinning it is not a vague nostalgia for simpler times, but scientific evidence that our modern obsession with hygiene is playing havoc with our health. Our war on dirt, they say, may be responsible for the surge in chronic, non-infectious diseases in developed countries which, the authors argue, are our modern day bubonic plague. While countless lives have been saved by battling infectious diseases with better hygiene, disorders such as obesity, asthma, coeliac disease, allergies and autoimmune diseases are surging.

According to new research, this could all be because of the microbes in our guts. We have 10 microbes inside us for each one of our body cells the smallest forms of life on earth. Over the phone from his home in Canada, Finlay, professor of microbiology at the University of British Columbia, explains that despite this, we have spent years trying to kill microbes such as bacteria. We have been having a war against microbes for 100 years because they cause infection. If you look at the mortality tables even for 50 years ago its mainly infectious diseases. And by bringing in clean water, clean food, vaccines, antibiotics, handwashing and sanitation, we have done a great job getting rid of them.

Now, however, there is evidence that while a small number of microbes are responsible for infections, others play a vital part in keeping us healthy. Not only do they help us digest food but also they are essential in helping our immune system to develop. By trying so hard to wipe them out we have been depriving our body of a normal developmental process. Finlay calls the discovery that we should be nurturing our microbes a major revolution of medicine.

For Arrieta an expert in microbiota in asthma, a lecturer, and also a mother of two children aged five and three this discovery caused a revolution in her home life as well as in her lab. I was a classic microbiologist who was super keen to make sure everything is clean, she says. But after reading study after study I saw a transformation in the way I behaved between my first and second children.

While exciting findings have been coming thick and fast, including Finlay and Arrietas own work showing there is a short window of time in which microbial changes in a babys gut can have long-term consequences in the lungs we still dont know if microbes are a cause or effect of diseases.

We know microbes are different in obese children, for instance, says Finlay. But is that because they are eating differently or driving it?

Despite this, he believes we know enough to start taking action and its never too early to begin.

One of the eye-catching pieces of advice is for parents to consider swabbing their newborn with vaginal secretions after a caesarean section a practice known as seeding. Coming through the birth canal means the babys mouth, eyes, nose and skin are covered with the mothers vaginal and even fecal microbes. It may sound less than pleasant, but these microbes help the babys immune system, milk digestion and can protect against infections.

Scientists think this may be why children born via C-section have increased risks of asthma, obesity, autism and coeliac disease for example. To counteract this, some hospitals insert a piece of sterile gauze into the mothers vagina before birth, removing it before the C-section and then rubbing down the infant with it.

Its not for the faint of heart, says Arrieta (and some doctors say it could cause infection), but as strange as it may sound its what happens with every baby delivered vaginally. If I had had a C-section, I would do it.

Breastfeeding, too, is thought to improve the growth of beneficial microbes while for bottle-feeding parents, Finlay and Arrietas advice is to relax on the sterilising (although the NHS still advises it).

Arrieta recalls: With my first child I sterilised everything my baby came into contact with and then I realised the American Pediatric Association doesnt recommend that, while other studies show it increases the risk of allergies and asthma.

Arrieta points out: A child who breastfeeds constantly will be latched on to skin which, microbiologically speaking, is very dirty. Dont sterilise everything that comes into contact with your childs mouth, within reason.

In fact, the one piece of advice Arrieta offers mothers is to forget the adage Cleanliness is next to godliness.

One thing I dont do any more and wish others would stop is carrying a hand sanitiser gel. For camping, or for times when there is no soap and water, its fine. But for anything else they are overused. Now I think, I dont need to disinfect my child or the surfaces they are in contact with.

So eating cigarette ends in the park could be a good thing? Not exactly. Public places from buses to trains to shopping centres allow infections to be passed on easily. Its not the same when they play outside in a forested area and a neighbourhood playground where half the kids have a cold, Arrieta warns.

If a baby drops a dummy in a train station, she explains, it needs a wash but in the countryside it is fine to give it a quick wipe. Or, better still, stick it in your mouth to clean it (in a study of 184 families, 65% of babies whose parents cleaned their dummies like this had a significantly lower risk of developing allergies at 18 and 36 months).

Some of their rulings will have children cheering kids should be outside often. They should be allowed to be barefoot and dirty. Touching insects, plants and mud is celebrated. And the microbiologists think that not only are mud pies great, they even suggest letting any kids in your family give you a mud facial. Getting a dog is also encouraged because children exposed to dogs before they are a year old may have a decreased risk of developing asthma and allergies (Cats have no effect because they dont lick your face, says Finlay).

Its not that all hygiene should be abandoned, says Arrieta, but parents could ease up. Hand washing is important after the bathroom or before eating, or playing with someone sick, or if you are sick. But the rest of the time it is less so and it can be detrimental.

One of the most frightening and fascinating aspects of the book is the effect antibiotics can have on our microbes and on childrens health. And the authors warn parents to be more cautious about using them. Finlay says antibiotics carpet bomb microbes wiping out infections and beneficial microbes alike. So far scientists have worried mainly about overuse of antibiotics leading to resistant superbugs, such as MRSA, but multiple courses of antibiotics in the first year of life can also lead to a higher risk of asthma, while their use is also linked to increased risks of obesity and type 2 diabetes.

One of the most important things parents can do, says Arrieta, is look after their childs diet. What you eat is not only feeding you, but feeding your microbes a variety of fibres, vegetables and fruit and starch. Going back to whole wheat, brown rice and other grains which were used frequently 100 years ago.

White flour and sugar, she explains, dont make it through to the lower intestines where so many microbes work their magic.

Finlay says that their advice is simple: When I was a kid you knew we had had a good day if the dirt ring round our bath was huge. Let your kid roll around in the dirt, get a pet dont swaddle them in a sterile cloth. Most microbes are our friends not our enemies.