The feminist punks new album, produced by St Vincent and inspired in part by a Rihanna song, is their most expansive yet. So why did their drummer just quit the band? 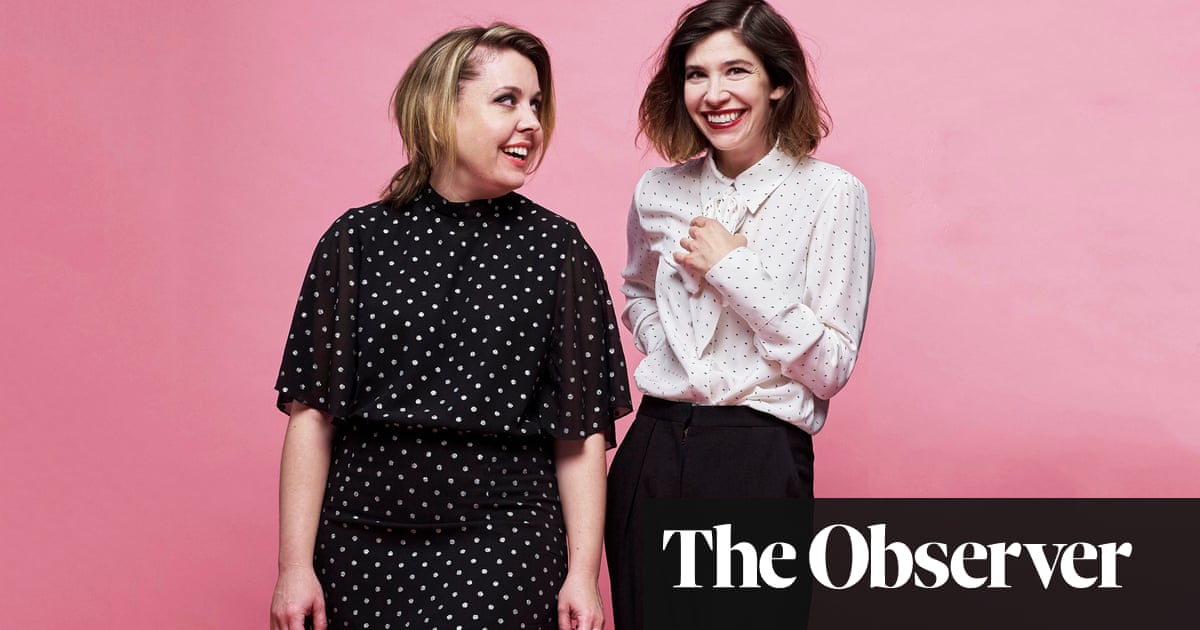 By now, we know reunion culture is a con. The brief excitement of seeing a favourite band re-form is swiftly tempered by watching them resentfully trot out the hits and confront their mortality. Plus, the past is no longer a novelty but our perpetual groundhog day of recycled franchises and rebooted brands.

Which is why Sleater-Kinney’s surprise return, in 2015, nine years after they went on hiatus, was so refreshing. Not content to rehash old glories, the feminist punks had a brilliant new album, the riotous, new wavy No Cities to Love, and singer-guitarists Carrie Brownstein and Corin Tucker and drummer Janet Weiss were unabashedly vocal about ending the dearth of fortysomething women in rock.

Even better, it turned out not to be a one-off. This January, news that St Vincent, AKA Annie Clark, had produced their new album “broke the internet”, said US indie bible Pitchfork, sounding slightly awed by the “endless possibilities of what this collaboration might sound like”. “Endless possibilities” was on the money: The Center Won’t Hold is Sleater-Kinney’s most diverse album, bursting with vaudevillian romps about how women are naturals at handling chaos, industrial demands for carnal and spiritual satisfaction, Tom Petty-indebted balladry couching admissions of betrayal and rousing choruses made to yell at last orders.

In mid-June, I am due to meet the trio to discuss their second second coming over lunch in Portland, Oregon, but I get an email hours beforehand saying Weiss is ill. Tucker arrives at the neighbourhood spot first, her striped earrings matching her monochrome T-shirt. It’s a shame about Weiss, I say. “Yeah,” Tucker says with a sigh, looking at the sky. “It is.” Brownstein appears, tiny and shaggily glam in a grey felted jacket. We head into the restaurant, which is straight out of Portlandia, the now concluded Emmy-winning satire of life in the zealously artisanal city that Brownstein wrote and starred in. She orders fish stew, while Tucker orders cornbread and asks the waiter what their “zero food print” certification means. It’s a programme funding climate-friendly farming, we learn, as Michael Jackson plays over the stereo.

They laugh at the ethical absurdity. Tucker and Brownstein are Sleater-Kinney’s songwriters and their 25-year friendship is seductive. They’re as goofy as they are deferential, less serious than you might imagine – Brownstein’s grin occupies half her face and Tucker frequently detonates an explosive laugh. This new album is a bit of a fluke, they explain. Last spring, Brownstein was developing an adaptation of her 2015 memoir Hunger Makes Me a Modern Girl for TV, a potential post-Portlandia project. The lightly fictionalised show would trace her and Tucker’s search for a drummer in Olympia, Washington, where they met as students who moved to the city to join the early 90s riot grrrl scene.

Back then, in real life, the pair flew to Melbourne to meet their first drummer without hearing a beat of her playing. They made two albums with Laura Macfarlane, until the geographical logistics became annoying. Then they found Weiss, who was “the best decision we ever made”, Brownstein wrote in her memoir. Weiss joined for their third (and first great) album, 1997’s poppy, punchy Dig Me Out. They eclipsed the DIY Olympia scene and became one of America’s most innovative rock bands, subverting girl-group convention and classic rock excess, while Tucker’s astonishing gospel wail gave their work a powerful spiritual urgency. Once fans found out that Tucker and Brownstein had briefly dated, they became queer icons of a sort, too.