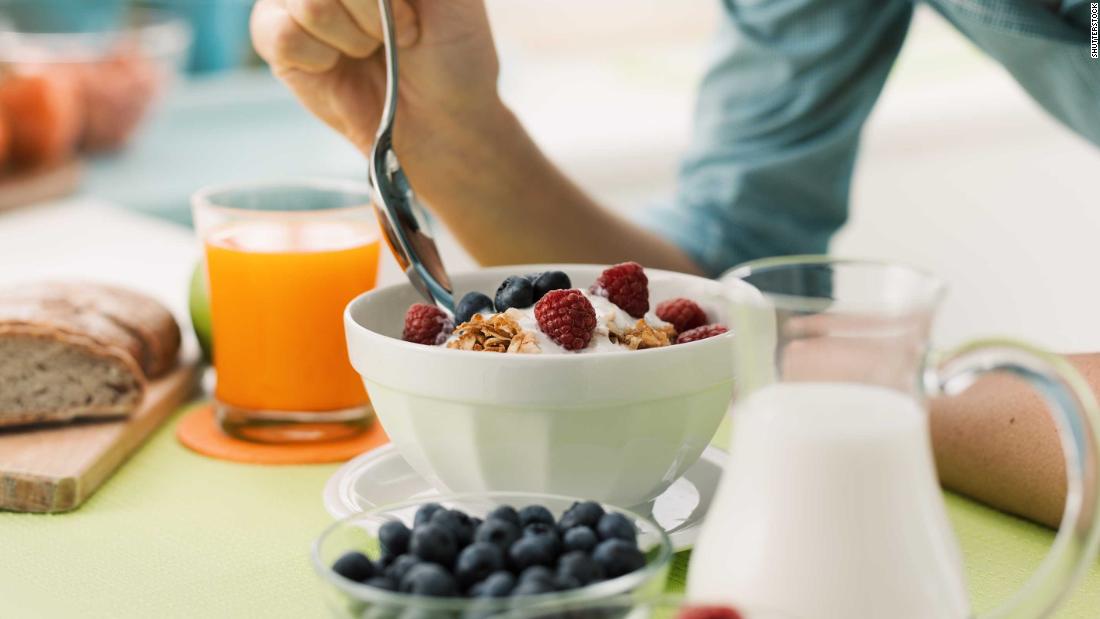 (CNN)Whether you eat breakfast might be linked with your risk of dying early from cardiovascular disease, according to a new study. 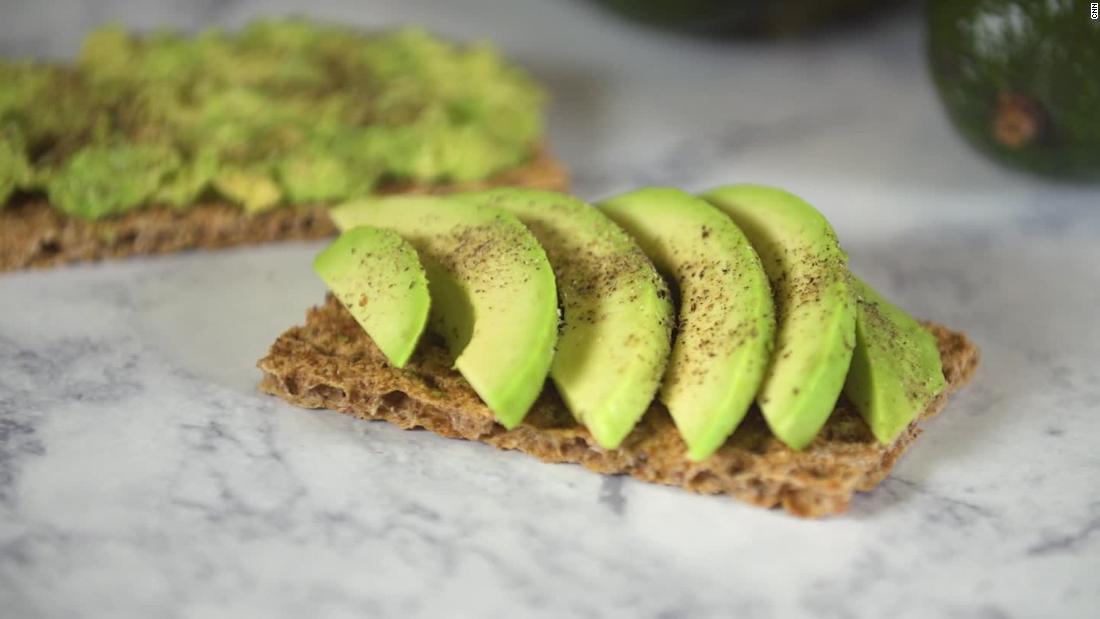 Breakfasts that keep you fuller longer

After a person’s age, sex, race, socioeconomic status, diet, lifestyle, body mass index and disease status were taken into account, the study found that those who never had breakfast had a 87% higher risk of cardiovascular mortality compared with people who had breakfast every day, said Dr. Wei Bao, an assistant professor of epidemiology at the University of Iowa in Iowa City and senior author of the study.
“Breakfast is traditionally believed as the most or at least one of the most important meals of the day, but there are not much data available to say ‘yes’ or ‘no’ to this belief. Our paper is among the ones that provide evidence to support long-term benefits,” Bao said.
“There are a few cardiovascular risk factors — for example diabetes, hypertension and lipid disorders,” he said. “Our findings are in line with and supported by previous studies that consistently showed that skipping breakfast is related to those strong risk factors for cardiovascular death.”
Cardiovascular disease — specifically heart disease and stroke — is the leading cause of death in the world, accounting for a combined 15.2 million deaths in 2016, according to the World Health Organization. Heart disease is the leading cause of death in the United States.

The study involved data from 1988 to 1994 on 6,550 US adults, aged 40 to 75, who reported how often they ate breakfast in the National Health and Nutrition Examination Survey.
The survey data generally let respondents define what meal would be considered breakfast. 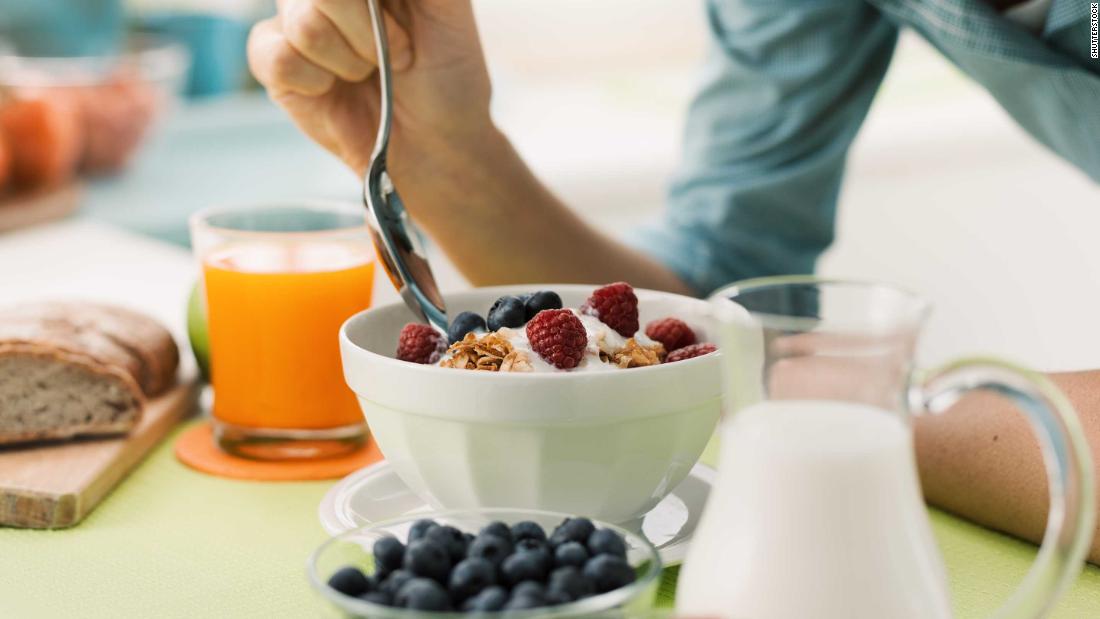 Separate data was analyzed to determine the adults’ health status through 2011. All told, 2,318 deaths occurred during an average follow-up period of 18.8 years, including 619 from cardiovascular disease.
The researchers took a close look at how often each person consumed breakfast and at mortality, specifically whether a death was related to cardiovascular health. The survey data generally let respondents define what meal would be considered breakfast.
Of those adults, 5.1% reported never consuming breakfast; 10.9% rarely ate breakfast; 25% had breakfast on some days; and 59% had breakfast every day.
Compared with those who consumed breakfast every day, adults who never did so had a higher risk of heart disease-related death and stroke-related death, according to the study.
Those associations were found to be significant and independent of socioeconomic status, body mass index and cardiovascular risk factors, the researchers noted. 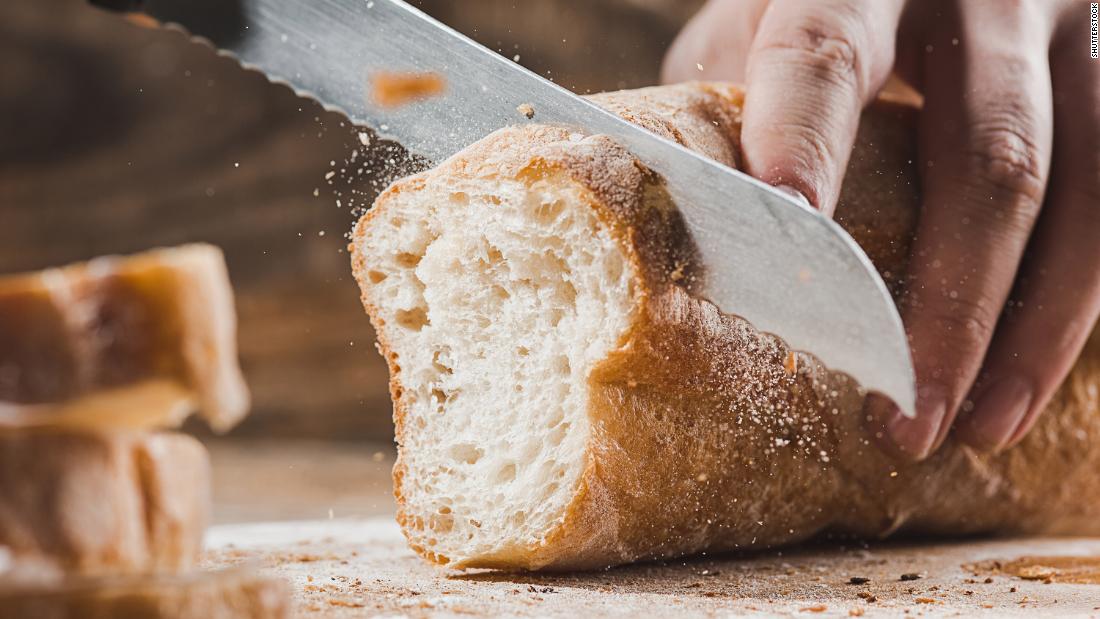 “To the best of our knowledge, this is the first prospective analysis of skipping breakfast and risk of cardiovascular mortality,” they wrote.
The study had some limitations, including that the data did not include information about what types of foods or drinks were consumed for breakfast and whether a person’s breakfast consumption patterns changed between 1994 and when the followup mortality data was collected.
Most important, the study found only an association between skipping breakfast and risk of early death, not that skipping breakfast specifically causes any such outcomes. More research is needed to determine whether missing the meal actually could shorten life expectancy and why such an association exists.

The complexities of skipping breakfast

In general, the study noted that skipping breakfast has been associated with increased risk of obesity, elevated cholesterol or fats in the blood, high blood pressure, Type 2 diabetes, metabolic syndrome and heart disease.
A study published in the journal Circulation in 2013 found that breakfast was associated with a significantly lower risk of coronary heart disease in men. 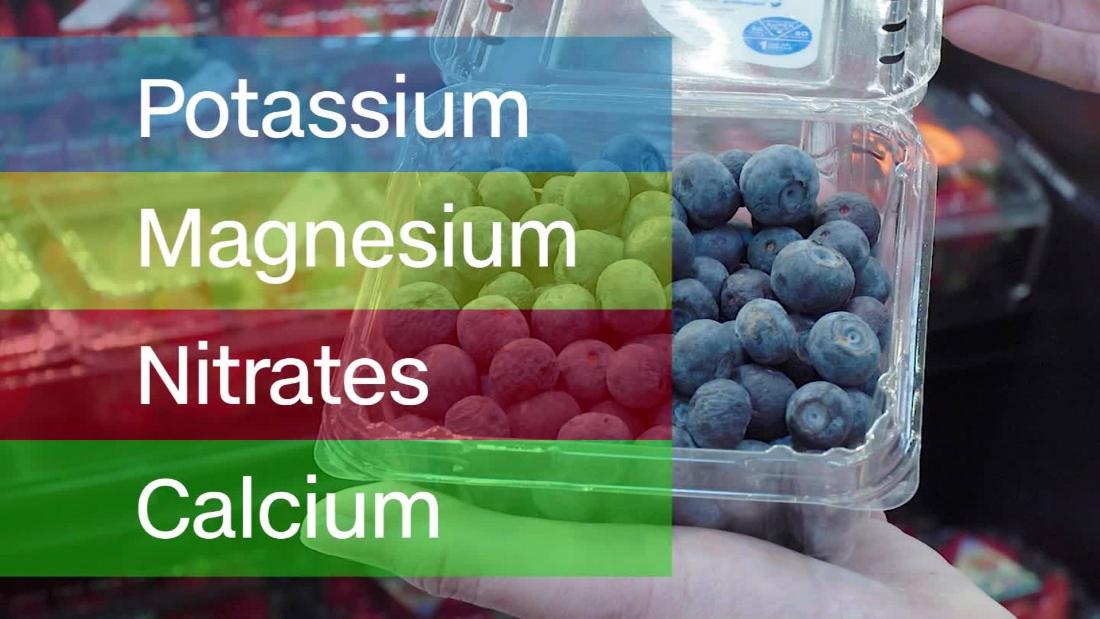 Health foods for your heart

The new study “was fairly well done,” said Krista Varady, associate professor of nutrition at the University of Illinois, Chicago, who was not involved in the research.
“However, the major issue is that the subjects who regularly skipped breakfast also had the most unhealthy lifestyle habits,” she said. “Specifically, these people were former smokers, heavy drinkers, physically inactive, and also had poor diet quality and low family income.”
All of those factors put people at a much higher risk for cardiovascular disease. “I realize that the study attempted to control for these confounders, but I think it’s hard to tease apart breakfast skipping from their unhealthy lifestyle in general,” Varady said.
Some people might skip breakfast as part of an intermittent fasting routine, but the breakfast skipping in the study and breakfast skipping during intermittent fasting are two different concepts and practices, said Valter Longo, a professor of biological sciences at the University of Southern California in Los Angeles and director of the USC Longevity Institute, who was not involved in the new research
Intermittent fasting occurs when you cycle between long periods of not eating and then regular eating, helping restrict your calorie intake.
Some studies, several involving animals, suggest that intermittent fasting can reduce the risk of obesity and its related diseases, such as non-alcoholic fatty liver disease, diabetes and cancer.