Days after the March for Our Lives, the movement continues to see successful efforts here are six victories since the Florida shooting 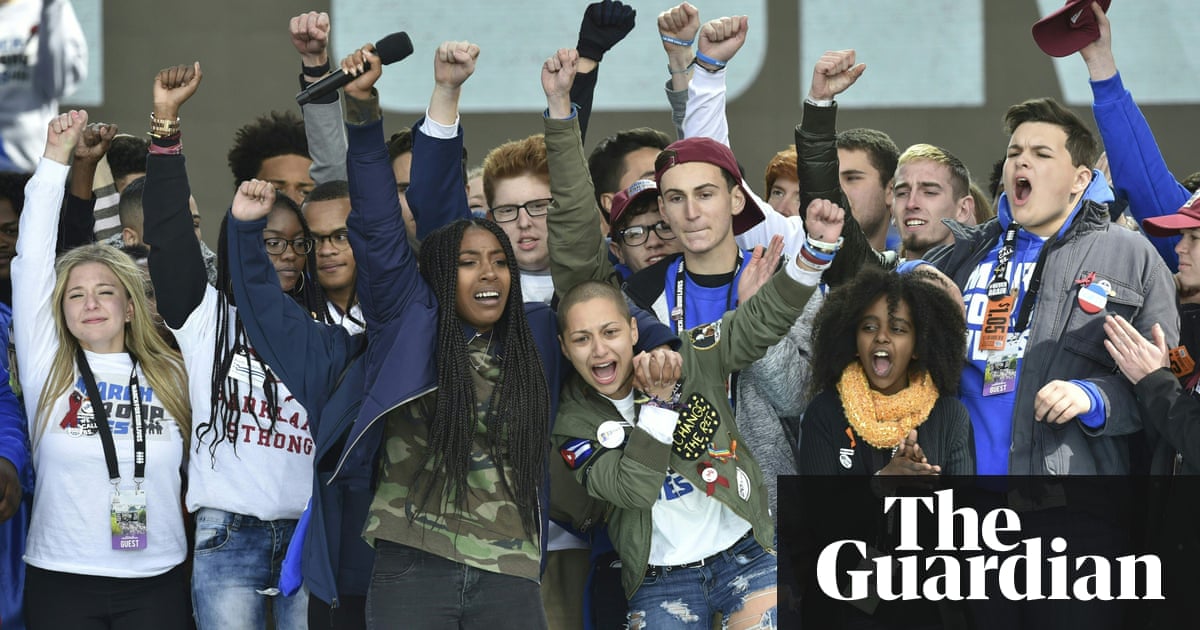 Two days after the largest demonstration against gun violence in the US, the movement to prevent gun violence continues to build momentum – this time in New Jersey, where lawmakers are voting on a stack of stricter gun control laws on Monday.

Teenagers at Marjory Stoneman Douglas high school have reinvigorated the movement after 17 people were killed at their school last month.

On Monday, New Jersey’s governor, Phil Murphy, vowed to sign into law six pieces of gun control legislation, including a ban on armour-piercing bullets and a bill to make it tougher to obtain a handgun permit, if they are passed by the state legislature.

“Today we marched in memory of Parkland,” Murphy said on Saturday. “But we will act in the name of every family and every community in our state that has been touched by gun violence, and the many more who wish to remain safe.”

Here is a look at other successful efforts to curb gun violence since the shooting in Parkland, Florida, on 14 February.

A month after the Parkland shooting, thousands of students walked out of their classroom for 17 minutes to memorialize the Marjory Stoneman Douglas victims. It was one of the largest student demonstrations in US history.

Ten days later, hundreds of thousands of people demonstrated in cities across the globe as part of the March for Our Lives. The centrepiece of this demonstration, which called for stricter gun laws in the US, was a rally in Washington DC. The speakers, aged 19 and under, included Parkland survivors and representatives from communities long plagued by gun violence.

The US Department of Justice moved to ban bump stocks, firearm accessories used to mimic automatic fire, earlier this month. The accessory was not used in the recent Florida school shooting, but it was used last year in the deadly shooting in Las Vegas, the deadliest in modern US history. The justice department submitted a notice for approval to the Office of Management and Budget (OMB) that proposed bump stocks be included in the definition of “machine gun” in the 1934 National Firearms Act. Among other duties, the OMB oversees and coordinates White House regulatory policies.

Florida’s governor, Rick Scott, on 9 March signed a $400m bill to tighten the state’s gun laws while flanked by family members of students killed at Marjory Stoneman Douglas. The bill fell short of what campaigners had hoped for, a ban on assault weapons, but it did raise the age for buying a gun to 21 from 18, ban bump stocks and extended a three-day waiting period for handgun purchases to include long guns.

Hours after it was signed into law, the NRA filed a federal lawsuit against Florida.

Taking guns from people who pose a risk

One of the new Florida laws includes “red flag” legislation that allows law enforcement officers and family members to temporarily remove guns and ammunition from people who show warning signs of violent behaviour. Such laws existed in five states before the shooting, but ongoing efforts to pass them in other states received a boost after the shooting in Parkland.

Governor Gina Raimondo of Rhode Island signed into law a “red flag” bill late last month and other state legislatures, including in Vermont, have voted this legislation forward.

The week after the Parkland shooting, US companies distanced themselves from the country’s National Rifle Association (NRA) amid public pressure. Hotel chains, car rental firms and home insurance businesses had offered discounts to members of the NRA but cancelled them in droves after the shooting.

Bills to tighten gun restrictions continue to stall in Congress despite public pressure. There was a success last week, however, when Donald Trump signed into law a federal spending bill that included a provision aimed at improving the national background check system. Senator John Cornyn, a Republican from Texas, had been pushing the bill since November 2017, when 26 people were fatally shot at a church in his state. The bill made progress, was stalled, and then received renewed attention after the Parkland shooting.

Nearly seven in 10 adults in the US favour stricter gun control measures, according to a new poll released by the Associated Press last week that showed less faith in lawmakers to pass such laws. Of those surveyed after the shooting in Parkland, 51% expect elected officials to tighten gun laws, while 42% expect no changes, according to the AP.