As tens of thousands of NRA supporters gather in Texas, the powerful organization is facing a fresh wave of new challenges 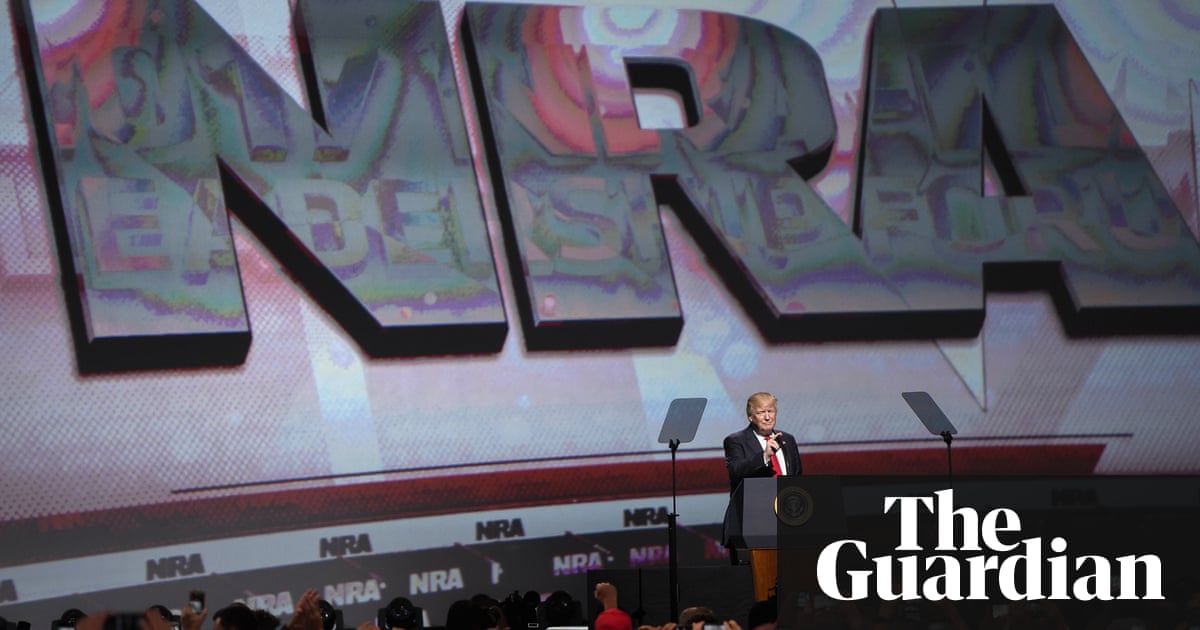 Tens of thousands of National Rifle Association supporters are gathering in Dallas to browse exhibits of new firearms and equipment, listen to country music and hear conservative politicians line up to pledge their fealty to the gun rights group, led by Donald Trump.

But less than three months after the Parkland, Florida, school shooting, the powerful organization is facing a host of new political challenges.

The student survivors of the shooting at Marjory Stoneman Douglas high school changed the narrative of the gun debate. They used their phones to document the terror the shooting caused even as it was happening, and immediately spoke out, challenging politicians’ inaction and demanding change. Their public rage and grief sparked walkouts and protests at other schools, revealing that a generation of children fed up with school shooting drills as a normal part of their lives, and furious with government inaction. A handful of Parkland teenagers have become international icons of youth protest, including Emma Gonzalez, who now has nearly 1.6 million Twitter followers, more than twice as many as the NRA, and many more teenage survivors of gun violence, from Parkland, Chicago, Washington DC and cities across the country, are jointly campaigning for gun violence prevention.

2) Gun control laws advance at the state level, even in pro-gun states

After Parkland, Florida (one of America’s most pro-gun states) passed a set of modest gun control measures, including raising the age to buy rifles and other long guns, despite fierce pushback from one of the NRA’s most powerful lobbyists. Vermont, another pro-gun state, also passed a set of gun control laws, giving advocates a long-fought victory to expand background checks on gun sales.

3) New pushback from corporate America, including financial and tech companies

Congressional Republicans have blocked any new federal gun control measures. But Americans’ frustrations with this political stalemate have been channeled into the private sector, with companies from airlines to banks to tech companies to sporting goods stores distancing themselves from the National Rifle Association and its no-compromise policies.

The National Rifle Association poured more than $30m into backing Donald Trump’s campaign for president, and he pledged in a speech to NRA members in 2016, “I will not let you down.” After the Parkland shooting, one of Trump’s primary suggestions to prevent violence was arming teachers or other school staff, a strategy the NRA had endorsed after the Sandy Hook elementary school shooting in 2012. But Trump also publicly parted ways with the NRA over his support for raising the age to buy certain guns. Then, in an astonishing public meeting, Trump appeared to voice support for a range of gun control measures, while suggesting that lawmakers should not be afraid of the NRA. “Some of you people are petrified of the NRA. You can’t be petrified,” he said, in remarks that some gun rights advocates saw as a “betrayal”. The NRA’s chief lobbyist met with Trump and Vice-President Mike Pence a day later and tweeted that they “don’t want gun control”. The White House later backed away from endorsing new age limits for gun-buying.

For years, a handful of influential Russian gun rights advocates cultivated a close relationship with the NRA, including hosting prominent NRA supporters in Moscow and donating money to the organization. Now, the group is facing congressional scrutiny, and reported investigations from the Federal Bureau of Investigation and Federal Election Commission, over whether a prominent Russian banker “illegally funneled money to the National Rifle Association to help Donald Trump win the presidency”. A gun rights group will be running advertisements in Dallas this year putting a spotlight on questions about the NRA’s ties to Russians. The NRA has said that the money it received from Russians did not go to election spending.

6) After years of booming gun sales under Obama, the firearms industry has struggled under Trump

Repeated mass shootings and fears that Barack Obama would sign sweeping gun control legislation helped fuel a boom in the American gun industry. But manufacturers have been faced with what some experts call the “Trump slump” under America’s new gun-friendly president. Remington filed for bankruptcy protection this year, as other iconic gun brands also facing tumbling sales.