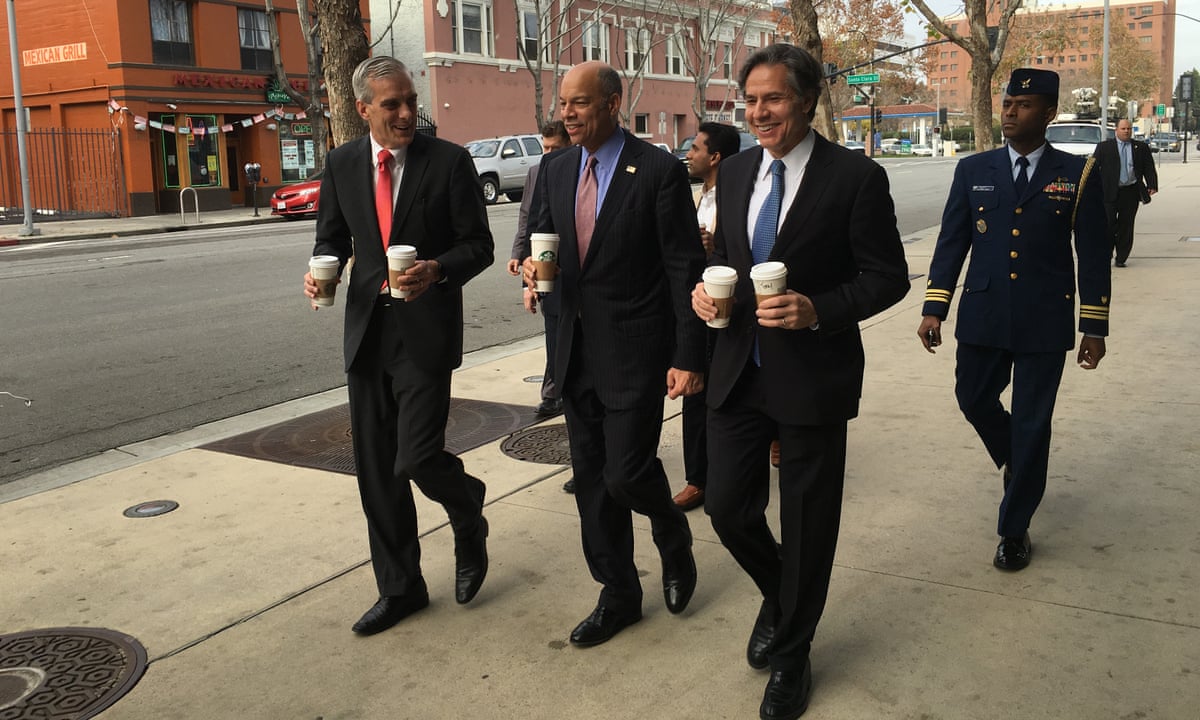 Technology giants appeared to be open to helping the US government combat Islamic State during an extraordinary closed-door summit on Friday that brought together Americas most senior counter-terrorism officials with some of Silicon Valleys most powerful executives.

The remarkable rendezvous between Apple, Facebook, Twitter, Microsoft and others and a delegation from the White House revealed a willingness on the part of tech firms to work with the government, and indicated that the Obama administration appears to have concluded it cant combat terrorists online on its own.

A briefing document sent to tech executives Friday morning in advance of the meeting and shared with the Guardian laid out a wish list from the government delegation, which included Americas most senior spy, director of national intelligence James Clapper.

We are interested in exploring all options with you for how to deal with the growing threat of terrorists and other malicious actors using technology, including encrypted technology, the briefing document said. Are there technologies that could make it harder for terrorists to use the internet to mobilize, facilitate, and operationalize?

Despite recent fights over civil liberties, encryption, and surveillance, tech executives appeared receptive to this message, according to sources familiar with conversations at the meeting.

I was pleasantly surprised by the tone of the conversation, said one attendee, Matthew Prince, chief executive of CloudFlare, a San Francisco-based security and network company. Christopher Young, head of Intels security group, who was also in the room, added it was a good discussion today.

In Washington earlier, White House press secretary Josh Earnest told reporters many of these technology companies that are participating in the meeting today are run by patriotic Americans and would want to cooperate.

Earnest acknowledged there are obviously a lot of complicated first amendment issues and other things but added: you know, our sense here is that theres some common ground that we should be able to find.

One area of discussion was over how a system used by Facebook to deal with users at risk of suicide could serve as a model for identifying terrorist sympathizers.

The social networks chief operating officer, Sheryl Sandberg, walked government officials through how Facebook currently enables users to flag people who appear to be posting suicidal thoughts, a person familiar with the conversation said. The government officials in the room wondered if such a system could be used to flag terrorist content or detect a user who appears to be radicalizing, added the person, declining to be quoted on the record.

This meeting confirmed that we are united in our goal to keep terrorists and terror-promoting material off the Internet, a Facebook spokeswoman said. Facebook does not tolerate terrorists or terror propaganda.

It wasnt all agreement. At another point, Apples chief executive Tim Cook told the government it needs to state publicly that it supports strong encryption. Over the past year, Apple has faced repeated attacks from the FBI for selling products that, officials say, criminals could use to communicate in secret.

This was not the first time such a senior delegation has traveled to Silicon Valley, but the attempt by Americas leading counter-terrorism officials to court tech executives was an unusual sight.

Flanked by Secret Service agents, secretary of homeland security Jeh Johnson and McDonough smiled as they popped out for a Starbucks run about 20 minutes before the scheduled 11am start of a meeting in San Jose, California.

The top Obama administration officials walked past a Mexican restaurant; a sign on an office window describes the region as the worlds innovation incubator. Moments later, Johnson was seen shaking hands with Drew Houston, founder and CEO of Dropbox.

No tech executive would want to be seen supporting terrorism online, but the governments ask is trickier than it may seem.

Ideally, the Obama administration wants technology companies to be able to find terrorists on social media and chat apps for them, current and former US officials said. This would involve piecing together communications networks and message content to map terrorist cells. The governments assumption, these people said, is that technology firms are doing much of this anyway for business purposes.

However, since Edward Snowden leaked western government secrets to the Guardian and other outlets in 2013, Silicon Valley has become increasingly cautious about seeming too cozy with Washingtons three-letter agencies.

Government requests also raise legal issues. Under current US law, tech firms only are supposed to share user content with authorities if faced with a court order for a specific user or there is a credible, immediate threat of harm.

Its a very fine line to get that information, said Andre McGregor, a former FBI terrorism investigator and now director of security at Tanium Inc, a Silicon Valley security company. Youre essentially trying to take what is in someones head and determine whether or not theres going to be some violent physical reaction associated with it.

Companies provide some voluntary assistance now such as when it removed a Facebook page last month linked to the shootings in San Bernardino but its unclear how much further they would go.

The government also appears conscious of the risks. In the briefing document sent to tech executives before the meeting it asked if any terrorist content flagging system were clearly independent from government involvement, would that increase its viability.

They also face competing demands from different US officials. Public-facing politicians such as Hillary Clinton and Donald Trump, the respective Democratic and Republican presidential frontrunners have called on technology companies to effectively kick terrorists off the internet. Thats impossible, the companies respond.

Others, such as those inside the FBI and NSA, sometimes want American firms to keep terrorist accounts up and keep authorities in the loop.

Its a no-brainer to keep Isis using US products, said Christopher Soghoian, principal technologist at the American Civil Liberties Union and a privacy advocate. Soghoian countered however that its up to the government to find terrorists online and it would be impractical to ask companies to do it.

Referring to the armies of overseas contractors tech companies use to police social media he said, are you going to entrust that decision to someone getting paid $2 an hour in the Philippines?

After the meeting wrapped up, the nations top spies demonstrated their skills of evasion. Attendees slipped out various side doors. Others exited the building. None were available to comment.

How Apple Lost Its Place in the Classroom

A Trade War With China Could Catch Tech in the Crossfire