Do you agonise over asteroid strikes? Will that tick give you Lyme disease? Can your phone give you cancer? We rate 10 fears and give them a true worry score 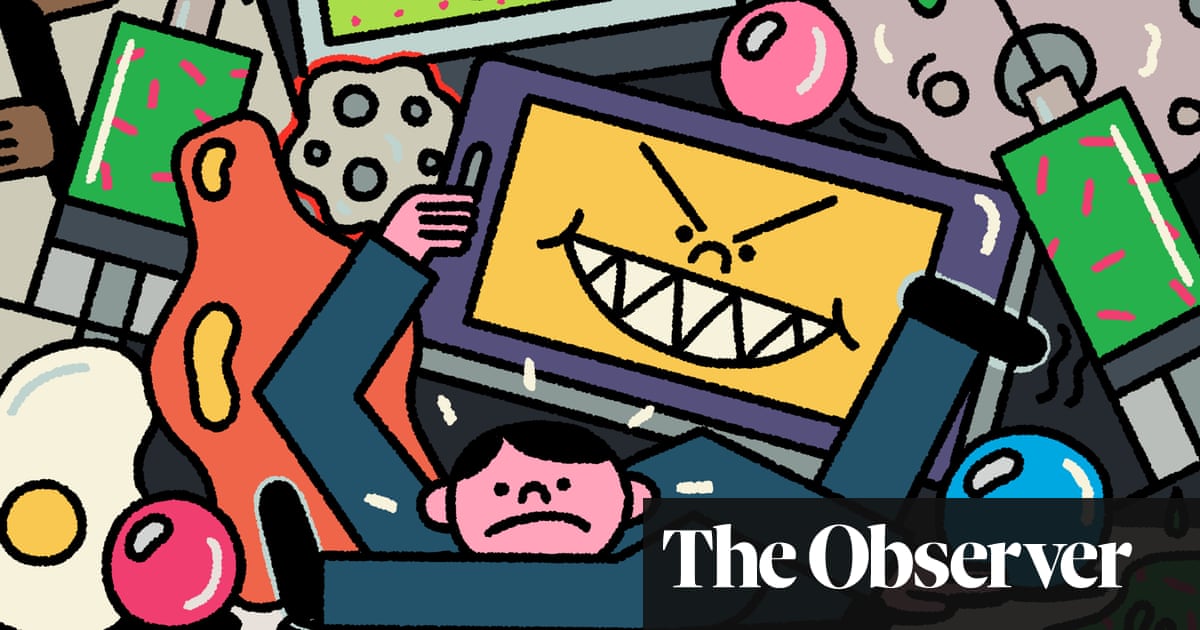 As the miracles of technological innovation continue to improve our lives, they also make it more complicated. There are clearly more things to worry about, but which should we worry about more? And what about the anxieties that have been keeping us awake at night for years? Here, we weigh up the relative risks of 10 everyday threats – and give them a worry score.

Cell phones communicate via radio frequency, a form of electromagnetic radiation. The word “radiation” makes you think of gamma rays, which sound terrifying. But visible light is also a form of electromagnetic radiation. So not all radiation is the same. If you talk on your mobile for a long time, you may notice your ear gets hot. The word “heat” is shorthand for “energy transfer”, and serious questions have been raised about the biological effects of exposure to this level of energy. There have been studies, but the results have been inconclusive and conflicting. The WHO has classified radio frequency fields generated by mobiles as “possibly carcinogenic to humans”.

Can you avoid it? You don’t have to carry a mobile phone, but, even so, it’s hard to avoid radio frequency fields.

Could it harm you? It’s unlikely your mobile will give you cancer, but it isn’t yet clear how unlikely.

Potential risk As the research isn’t clear, we have assigned a middling-level score.

We eat a lot of added sugar. Way, way too much. Sugar consumption is linked to tooth decay, obesity, type 2 diabetes and heart disease. These conditions lead to risk factors for other diseases, such as cancer, and blindness. Sucrose is naturally found in fruit. The problem arises when you remove the sugar and consume it in a different context. Fibre in fruit slows down absorption of sugar and limits how much you can eat in one sitting. By contrast, a fizzy drink has no fibre and can contain up to 12 teaspoons of sugar, which causes a huge spike in blood sugar.

Can you avoid it? Not entirely.

Could it harm you?Sugar is in most processed foods. You can cut back, but it is hard to cut it out completely.

Potential risk Obesity, heart disease, diabetes and tooth decay are all common. They can also be very serious.

According to NHS figures, death from general anaesthetic is very rare, occurring in around 1 in every 100,000 cases; in the US the statistic is the same. A history of smoking, obstructive sleep apnea, obesity and other conditions can also increase the risk of complications. Anaesthesia carries some risks but consider the alternative – few people would refuse the benefits and comfort of pain-free surgery.

Can you avoid it? If you need surgery, there’s not much you can do to avoid it. To reduce risk, provide a full medical history and ask the doctor questions about anaesthetic choice.

Could it harm you? General anaesthesia is safe for most people, most of the time.

Potential risk The prospect of waking up during surgery is terrifying, and the side effects of general anaesthesia vary. In rare instances, it can kill.

You can’t beat the convenience of a microwave, but are they really safe? Yes, according to the UK Microwave Association, an organisation that represents manufacturers. In the UK and US, microwaves must not leak more than 5mW of radiation per sq cm at a distance of 5cm from the microwave’s surface. This amount of microwave radiation is far below the amount known to cause damage to people. To minimise exposure, step back from the microwave.

Can you avoid it? Yes, you do not need a microwave to cook or warm up food.

Could it harm you? Exposure to dangerous levels of microwave radiation is not likely.

Potential risk Normal use of microwave ovens should not cause any health-related problems. There’s more chance that superheated food could cause burns.

These small, parasitic arachnids bite their animal hosts and after they latch on to the skin of their victims, they feast on blood. Not all ticks transmit disease, but those that do can spread serious infections caused by bacteria, viruses and protozoa, including Lyme disease – of which it is estimated there are 2,000 to 3,000 new cases in England and Wales each year. Untreated, Lyme disease may result in pain and swelling of the large joints, heart abnormalities (Lyme carditis), and neurological symptoms such as confusion and memory problems.

Can you avoid it? Dress appropriately, use insect repellent, and do body checks when you are in areas shared by ticks.

Could it harm you? Most ticks do not carry diseases, and a bite does not necessarily transmit disease. Rapid removal can reduce the chance disease transmission, and antibiotic treatment for infections can resolve some tick-borne illnesses.

Potential risk A tick bite can cause symptoms ranging from mild skin irritation that clears up in several days to severe health problems.

David Hockney had to be rescued by firefighters from a lift a few weeks ago in Amsterdam, yet his experience isn’t a common one. The likelihood of an elevator falling down a shaft is very low because of several safety mechanisms built into the design of them. Simple common sense can reduce the risk further. Before you enter a lift, let passengers off and, if it looks packed, wait for the next one.

Can you avoid it? You can often take the stairs instead – and for a bit of exercise, you probably should.

Could it harm you? The safety mechanisms built into lifts make the chance of one of them falling out of control highly unlikely.

Potential risk Severe injury or death is the likely outcome of such an unlikely event.

Ride design and safety have come a long way since the early days of roller coasters when cars sometimes flew off their tracks or failed to stop. Based on data from a limited number of theme parks in the US, the National Safety Council reported 1,508 injuries (0.8 injuries per million rides) in 2015. Statistically, you are more likely to be hurt on your way to a theme park than at one.

Can you avoid it? Injuries caused by theme park rides are almost 100% avoidable: just don’t ride them.

Could it harm you? The chance of suffering an injury on an amusement park ride is very low.

Potential risk Minor bumps and bruises are much more common than catastrophic injuries.

The era of swashbuckling pirates roaming the high seas are long gone, but they still exist. Modern-day pirates board vessels, steal property or assault and kidnap crews. The coast of Somalia was a prime location between 2008 and 2011, with hundreds of attacks and billions of dollars in stolen cargo. After 2011, improved security meant attacks dropped significantly. Recent reports show that piracy is now concentrated in four areas: the Singapore Strait, the Sulu and Celebes Seas, the Gulf of Aden and the Gulf of Guinea.

Can you avoid it? If you plan your trip and stay out of dangerous waters.

Could it harm you? Few people will ever encounter pirates on the open seas.

Potential risk An encounter with pirates may result in a simple robbery or could escalate to kidnapping or murder.

Our planet is showered with dust and sand-sized particles from space every day. Most of these materials burn up in the earth’s atmosphere. An asteroid making it to the surface can cause minimal local damage or wipe out most of life on the planet, depending on its size. The Earth Impact Database lists only 190 confirmed impact craters on earth dating from 2.4bn years ago to the present. Currently, no asteroids of any significance have been detected that are on a collision course with the Earth within the next 100 years. Nevertheless the skies are still scanned. Keep an eye on approaching asteroids at jpl.nasa.gov/asteroidwatch

Can you avoid it? No technologies are currently available to stop or alter the trajectory of an asteroid.

Could it harm you? A large asteroid strike has the potential to wipe out all human life on Earth.

Potential risk The chance of a strike within the lifetime of anyone who is reading this is extremely low.

Most women in the UK and the US give birth in hospitals, but a growing number choose to have their babies at birth centres or at home. There are increasing concerns abut the medicalisation of childbirth and some worry that once they go to the hospital, they will be more likely to receive medical interventions – assisted delivery and caesarean

Can you avoid it? In some cases it is much safer to have a baby in hospital, but ultimately it’s up to the mother where she wants to give birth

Could it harm you? The odds of having a C-section or other medical interventions are higher once you’re in hospital, but the outcomes are statistically better for the baby.

Potential risk While it can be painful and difficult to recover from, a C-section is very unlikely to be fatal.

Worried? by Lise Johnson and Eric Chudler is published by WW Norton & Co, £16.99