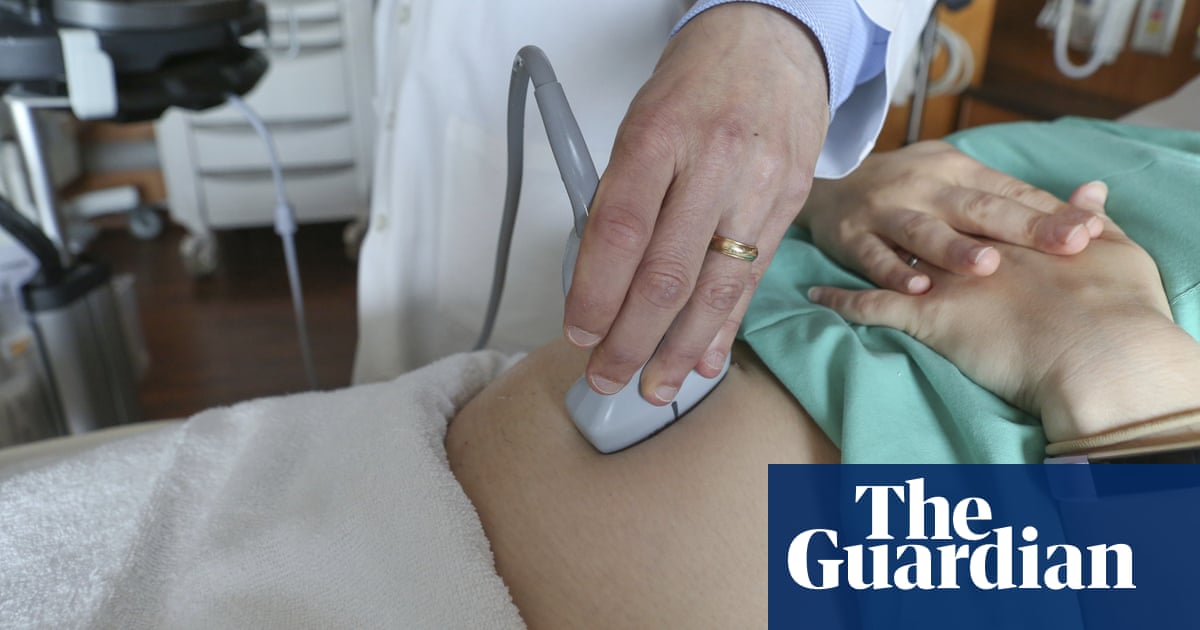 Birth is messy. It’s often not until you’re pregnant that you learn about the third stage of labor – the bit after the baby appears, when the mother pushes out the placenta that has provided life support for the previous nine months.

In developed nations, birth is assumed to be safe. Yet in the United States, the maternal mortality rate doubled between 1990 and 2013, and infant mortality rates are rising in England and Wales, due largely to social inequality and cuts to maternity services.

As well as the physical risk, having a baby can be a huge financial strain. The United States is the most expensive nation in the world for giving birth. Hospitals charged an average of $32,093 (£25,259) for an uncomplicated vaginal birth and newborn care, a 2013 study by the advocacy group Childbirth Connection found, while a standard C-section and newborn care typically costs $51,125 (£40,239). American women who lack health insurance to cover these costs are three to four times more likely to die of pregnancy-related complications.

Meanwhile, pregnant women are incubating something that could prove hugely valuable to modern medicine and the global economy.

Along with the baby, a pregnant woman’s body is developing cord blood containing stem cells, placental tissue, and amniotic membranes. Women can donate their cord blood to public banks or arrange to have it stored privately. Collection is painless, and there’s no risk to either mother or baby, yet the majority of cord blood and other birth tissue is incinerated as medical waste. An estimated 99% of cord blood is discarded in the United States every year – that’s hundreds of thousands of gallons thrown in the trash.

Placental tissue, amniotic membrane, and cord blood are also being used by companies manufacturing drugs. Biological components from placentas can be found in products for wound and burn care made by MiMedx, a Georgia-based company. Gamida Cell is the Israeli company behind CordIn, a drug containing cord blood stem cells that is currently in phase two clinical trials for the treatment of blood diseases. Early results suggest CordIn may improve the success of a partially matched stem cell transplant for patients without a suitable matched donor.

Some medical professionals argue thatwhole cord blood could be used in emergency medical procedures, such as following a stroke. In May, the US Food and Drug Administration (FDA) approved a stem-cell–based therapy, derived from the human placenta, for emergency treatment following a nuclear event. A phase three clinical trial into the use of cord blood for autism is under way at Duke University, and other research is under way into the treatment of cerebral palsy.

These are impressive and potentially transformative usages of the so-called products of pregnancy. But are women told what these cells and tissues are used for? And given how stretched maternity care can get, do women realize the value these biological elements hold, and that big companies may make a lot of money from them?

For many women, donation itself is a no-brainer. Samantha Urlwin, 49, a communications consultant from Canada, donated her daughter’s cord blood in Brisbane, Australia, in 2010.

“The thought of something that could potentially save a life being incinerated along with other medical waste seems wrong,” Urlwin said. “It didn’t cost me anything, monetarily or otherwise, to donate, so it seemed like a simple choice. Why wouldn’t I do it?”

In America, a public cord blood collection programhas been running since 2003. Donated blood is added to a national register and stored in one of 19 government-supported banks. A 2017 Rand Corporation study commissioned by the US government estimated the value of a national bank system at between $883m (£695m) and $1.7bn (£1.3bn) – far outweighing the $60m to $70m (£47m to £55m) annual cost of maintaining the banks.

“Public banks incur all the costs, so cord blood donation is essentially costless for the mother,” says Kandice Kapinos, a health and labor economist at Rand and author of the study. “[But] not every hospital in the US has the capacity to collect a unit.”

Public banks are certainly important for making cord blood available to patients who need it. But there’s also a healthy private sector – estimated to be storing more than four times the number of units stored by the US national register – where companies store blood privately for families. Blood collection costs a few thousand dollars, and there’s an annual fee to keep the cells in cryogenic conditions. “It can get very expensive,” Kapinos says.

The global biotechnology market is expected to be worth $604bn (£475bn) by 2020. Stem cells and tissues from pregnancy are underpinning an industry potentially worth hundreds of billions of dollars, yet the services that support pregnancy and childbirth remain woefully underfunded, and women aren’t even aware of the value of these birthing byproducts.

Speaking to New Scientist in May, Diamandis said, “I believe that cellular medicine can give us an extra 10 to 30 healthy years,” adding, “It’s one of the most exciting business areas around and a way to help people be happy, healthy and live longer.”

So, a placenta donated to science may end up being used in a product to make someone look or feel younger. Biological components from animal pregnancy are already used in the beauty industry, with placental tissue from sheep forming part of revolutionary facials allegedly being tested by Kim Kardashian and Beyoncé.

There’s also a question about how companies obtain biological material. A spokesperson for MiMedx said in an email that the company received donated amniotic membranes from 52 hospitals across 13 US states, from mothers who have signed informed consent forms in advance. Gamida Cell declined to comment.

Clearly, regulation is hugely important in this nascent sector. “This is no longer the stuff of science fiction. This is the practical promise of modern applications of regenerative medicine,” said the FDA commissioner, Scott Gottlieb, announcing a new policy framework for regenerative medicine in November 2017. “But this field is dynamic and complex. As such, it has presented unique challenges to researchers, healthcare providers, and the FDA as we seek to provide a clear pathway for those developing new therapies in this promising field.”

It’s no small irony that highly valuable cord blood is stored in “banks”. Surely, if a direct correlation can be drawn between the value of birth byproducts, in terms of life-saving potential and contribution to the world economy, then it would make sense to compensate women who donate.

Should we incentivize donors?

Donors of blood plasma, for example, are paid per contribution, so could placenta and cord blood donors be incentivized in the same way?

A MiMedx spokesman said in an email: “We have not taken a position relative to incentivizing donors, but believe it could become an important topic for policy discussion.”

Martin Smithmyer, founder and CEO of Americord, one of the largest private cord blood banks in the United States, has seen the power of incentivizing donors first-hand. In 2016, he offered to donate $100 (£79) toward regenerative medicine research for every unit of donated cord blood. “It was a remarkable success; we had a considerable surge in donations. It’s not the kind of thing we could do all the time, in terms of covering our costs.”

Smithmyer may be CEO of a private bank, but he is open to incentivizing public donors. “Compensating donors is a great idea, and in theory there should be a kickback to public donation,” he said. “In practice, the donation centers don’t have the resources, and it would be hard for public banks to do this at the moment.”

Private banks are unregulated, which means the donations they keep on ice cannot be added to the public registry. “Having the ability to link up the private and public sides of cord blood storage would be so useful. For example, there’s a massive inventory of privately banked units. If there’s a match in there, then we could talk to the people who have banked it.”

Naturally, there are considerable ethical ramifications, and nobody wants to start a baby farm where placentas are manufactured and women are treated like chattel. But women will and do have babies, and 4 million babies are born in the United States every year.

With a more structured and incentivized system of donation, these technologies could develop even more rapidly and provide benefits across the board. Perhaps when women are taught about the third stage of labor, they should also learn about the immensely valuable biological environment their baby is part of.

How do women feel about being incentivized? Urlwin thinks that as soon as big business becomes involved, the subject feels much more contentious. “In the United States, where prenatal care can be a huge financial strain for people without insurance, it might prove invaluable to provide prenatal care in exchange for a donation,” she said. “Incentivizing people to donate cord blood can be a good thing, and it’s really of little to no consequence for the donor, religious reasons aside.”