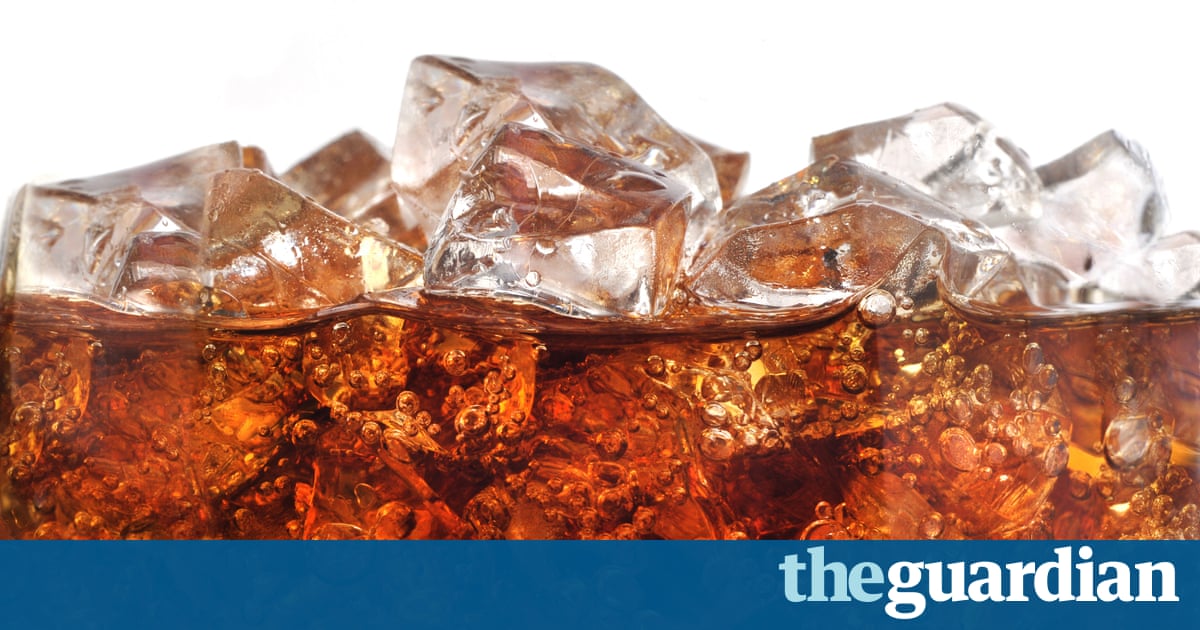 They were supposed to be the healthy alternative to their sugar-rich siblings. But now lovers of diet colas and other low-calorie drinks have been hit by news that will radically undermine those credentials: a counterintuitive study suggesting a link to stroke and dementia.

The study in the journal Stroke may cause a rethink among those worried about obesity, diabetes or a possible early heart attack from sugar-rich drinks who have been considering making a change. It comes to the alarming conclusion that people polishing off one can a day of artificially sweetened drink are nearly three times as likely to have a stroke or develop dementia.

Its a shocking conclusion. But the first reason to pause is that the study found no such risk in people who drank standard sugary lemonades and colas.

There is little previous evidence with regard to dementia, which is why the researchers were looking at it, but the link between sugar and stroke is very well known. Too much sugar raises the risk of obesity, diabetes, heart attacks and stroke. Its altogether a bad thing, which is why the World Health Organisation is telling us all to cut down. So what was going on in this study?

The evidence it analyses is pulled from the well-respected Framingham Heart Study a cohort of more than 5,000 people in Massachusetts, US, whose diets and lifestyles have been monitored for nearly 50 years, with the main objective of finding out more about heart disease. Along the way, researchers have looked at other health outcomes.

What they are up against is peoples capacity for forgetfulness and lies. This is the case with every study into the food we eat except for those rare ones, almost impossible to do today, which have in effect imprisoned their subjects and controlled every sip and mouthful they took.Researchers understand this and try to take account of it, but it is difficult.

There are several possible other reasons why an increased stroke risk was associated with diet drinks and not sugary drinks. One is what is called reverse causality. People who come to realise that they are ill and have a high risk of a stroke then switch their behaviour by choosing diet drinks long after sugary drinks have helped cause the problem.

When it came to dementia, the link with diet drinks that researchers saw disappeared once they took some elements of the health of the people in the study into account. When the researchers accounted for other risk factors for Alzheimers, such as risk genes, diabetes, heart disease, cholesterol levels and weight, this significant association was lost, suggesting that these drinks are not the whole story, said Dr Rosa Sancho, head of research at Alzheimers Research UK.

The researchers point to it themselves: We are unable to determine whether artificially sweetened soft drink intake increased the risk of incident dementia through diabetes mellitus or whether people with diabetes mellitus were simply more likely to consume diet beverages, they write. But they call for more research and others will support them in that.

Artificial sweeteners have been viewed with suspicion by a lot of consumers for many years and not entirely deservedly. They are not natural, in the way that sugar is natural, being grown from beet or cane. Some of the hostility comes from those who worry about ingesting man-made chemicals. But while some artificial flavourings have been shown to carry health risks, studies have failed to find similar problems with artificial sweeteners.

Aspartame has been extremely controversial since its approval for use by several European countries in the 1980s, says NHS Choices. In 1996, a study linked it to a rise in brain tumours. However, the study had very little scientific basis and later studies showed that aspartame was in fact safe to consume, says the NHS.

Large studies have also been carried out to look at whether the sweetener increased cancer risks, and gave it a clean bill of health. The European Food Safety Authority said in 2013 it was safe even for pregnant women and children, except for anyone with a rare genetic condition called phenylketonuria.

Dumping aspartame from its low calorie bestseller did not give PepsiCo the halo effect it hoped. In 2015, it announced it was taking the sweetener some people love to hate out of Diet Pepsi and replacing it with sucralose. A year later, when it became clear Coca Cola would not follow suit and that fans preferred their drink the way it used to be, it did a U-turn and put aspartame back in.

There have been huge efforts to develop artificial sweeteners that will taste as good as sugar and be acceptable to the doubters. Stevia, a plant extract, is marketed as a natural sweetener to the increasingly sceptical health-conscious.

Now it is not just drinks. Public Health England is putting pressure on food companies to cut 20% of sugar from their products by 2020. That will probably mean smaller chocolate bars, where artificial sweeteners just wont deliver the same taste. But they will be part of the answer in other foods.

Sweeteners such as sucralose, which is 650 times sweeter than sugar, have long been in breakfast cereals and salad dressings, while saccharin is in store-bought cakes, despite a scare over bladder cancer which caused the Canadian government to ban it as an additive in 1977. It lifted the ban in 2014. The safety debate will go on, but artificial sweeteners are likely to play a bigger part in our diet as the squeeze on sugar ramps up.

There are those, however, who think artificial sweeteners will never be the answer to obesity and the diseases that follow in its wake. The problem, in their view, is our sweet tooth and the answer is to reduce our liking for sweetness. So they want to see the gradual reduction of the amount of sugar in our drinks and our food and snacks without it.

It worked with salt, says Cash, the campaign for action on salt and health, which did much to bring down the salt levels in our food without our noticing it. The same should be possible for sugar. But not if artificial substitutes are used to keep our food and drinks tasting just as sweet as they did before.