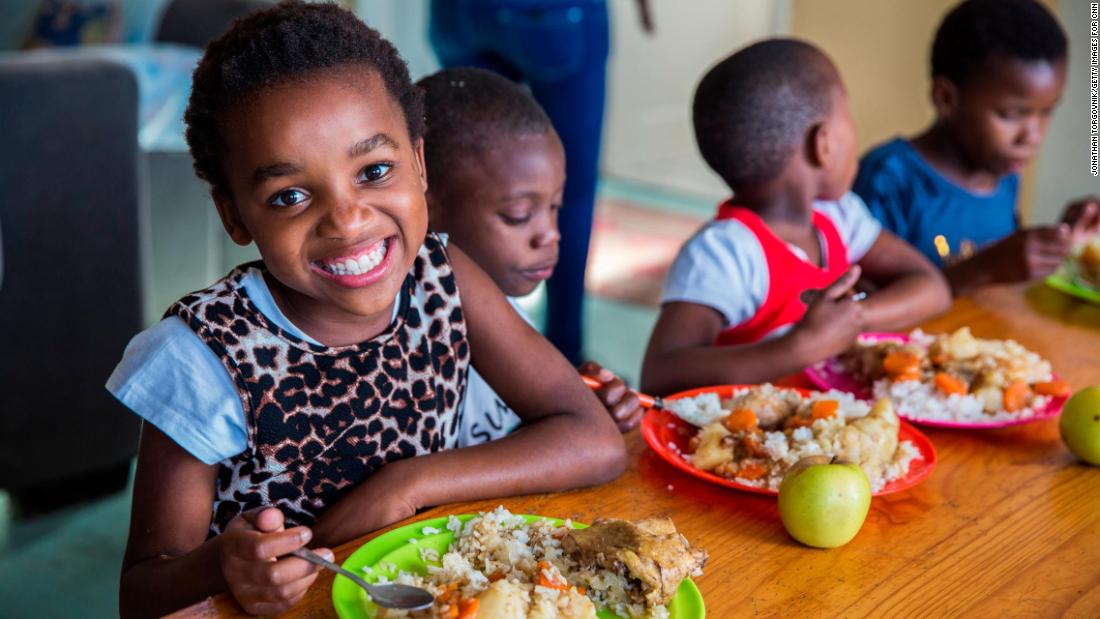 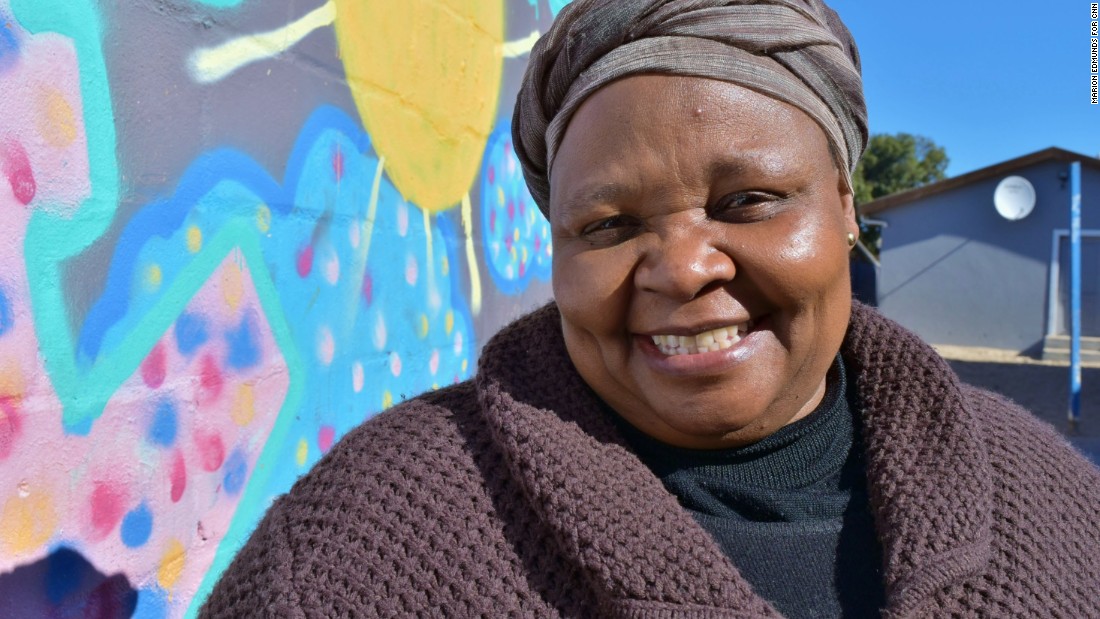 “I called them in, and we sang rhymes, and I gave them bread and something to drink,” said Mashale, a former schoolteacher. “And that was the birth of the daycare center.”
After a decade spent running her free daycare program, Mashale was thinking about retirement.
But her plans changed in 2000 when she found a child abandoned on her doorstep.
“He was between the age of two and three. He was naked and full of sores. He didn’t even know his name,” Mashale recalled.
When Mashale took the young boy to the police, she was told she should care for him. That was the beginning of her orphanage.
UNICEF estimates that there are 3.7 million orphans in South Africa. About half of them have lost one or both parents to AIDS.
“I made a deal with God, promising to look after these children if he promised to provide me with the resources to take care of these kids,” Mashale said.
Word quickly spread. Soon after, another child was left at her doorstep. Then she got a call from a maternity hospital, asking her to pick up two abandoned babies. By the end of the year, “Mama Rosie” was caring for 67 children, all in her own home.
“I didn’t have the heart to turn anyone away,” Mashale said. “Young girls and boys and babies were in every part of my house.”
Since then, her program has blossomed into a multi-faceted organization that takes up an entire block in Khayelitsha.
She and her group, Baphumelele — which translates to “we have progressed” — have provided various levels of care for more than 5,000 children in desperate need.
CNN’s Laura Klairmont spoke with Mashale about her work. Below is an edited version of their conversation.
CNN: The kids living at your center — what types of situations do they come from?
Rosie Mashale: Most of the children who are placed here in our facility are orphans due to HIV/AIDS. Others have been abandoned. Many have been infected with HIV/AIDS or have other illnesses, such as tuberculosis and fetal alcohol syndrome.
We are taking very serious cases. We take emergency cases of vulnerable children who were abused. Some were found living in the bushes or in the dump. We have children who came here when they were a day old, and now they are young adults. They’ve been with us for all these years. 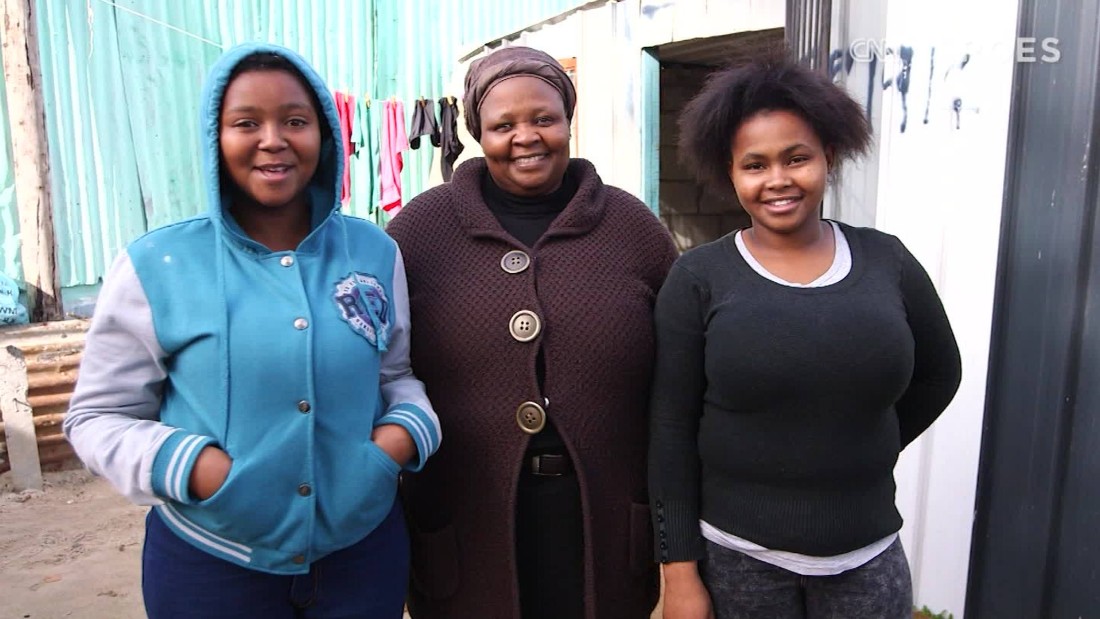 CNN: How do you help the kids once they age out of your organization’s homes?
Mashale: Our Fountain of Hope program is for all the children who are above 18 to 21 years who have graduated from the children’s homes. Remember, most of them are abandoned; they do not have parents. That’s the reason that we are teaching them skills — they learn how to plant their own vegetables, how to write their own resumes, work etiquette, computer training.
We are empowering them with living skills so that they can be independent. We mold all those children to prepare them for work and provide them with job opportunities. For others, we help them to finish their education.
CNN: Your organization has evolved to address many different needs in your community. What are some other programs you’ve incorporated?
Mashale: We have a medical clinic for children and another facility for adults. We care for those who have HIV/AIDS and other chronic diseases, such as cancer, tuberculosis, diabetes, and (we) operate a hospice for children.
We also have an outreach program for child-headed households. These are children who are left without parents, who are being taken care of by elder siblings. We’ve got social workers who go out in the community and provide support for these children.
We’ve also started a bakery to make our own bread for the children, employ the older kids, and sell to the community to raise money for the organization.
It’s also important to still have a daycare center. Most of the parents in this community are working and they can bring their children here, and you are assured as a parent that your children will be safe here.
Our center now has become a sentinel of hope for the people of Khayelitsha. I always feel like I can do more.
CNN: What are your hopes for these children?
Mashale: I always encourage them to be educated so that they can be something. Our wish is for them to progress in life.
I would like to see some of them being the future president of this country. Some of them tell me that they want to be social workers; they want to do the work that I’m doing. Everybody has got a dream, and my wish is for their dream to be fulfilled.
Want to get involved? Check out the Baphumelele website and see how to help.
To donate to Baphumelele click the CrowdRise widget below.
Rosie Mashale on CrowdRise
Donations are accepted through Edward Charles Foundation, a U.S. 501(c)(3) nonprofit.