In her staggering film about the controversial former Philippine first lady, the acclaimed Queen of Versailles film-maker faces her most difficult subject yet 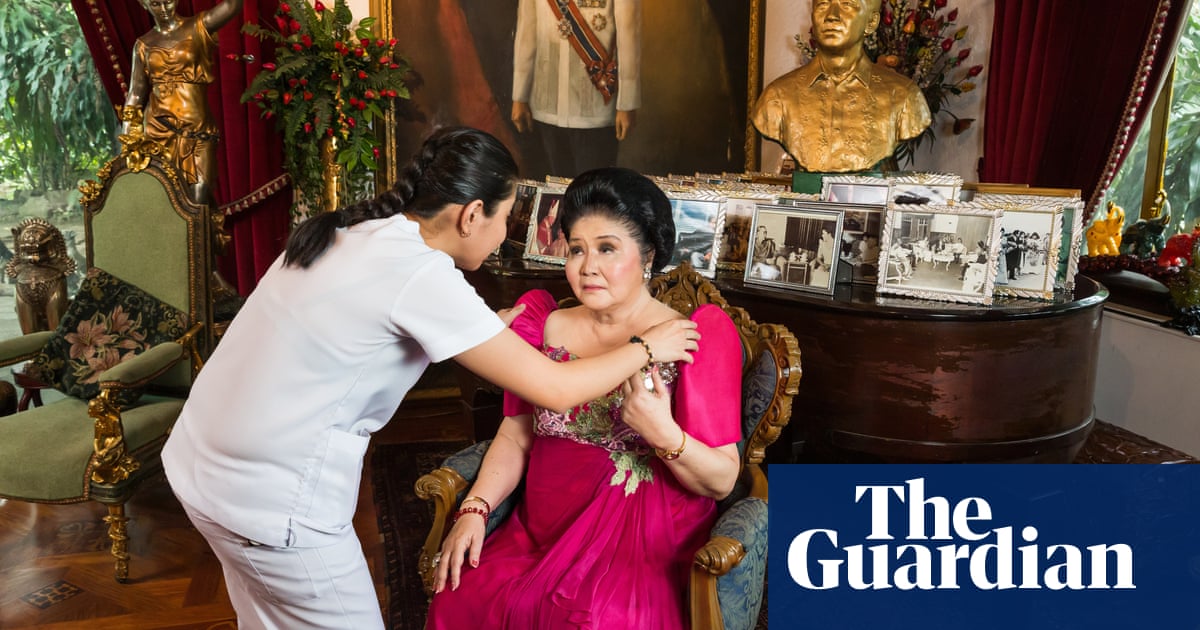 At the heart of Lauren Greenfield’s body of work, varied in form from photography to writing to film-making yet remarkably consistent in theme, lies a conundrum. From its very outset, her career has revolved around the trappings of extreme wealth, from the ultra-privileged children of the Los Angeles upper-crusters in her early exhibitions to a pair of nouveau-riche homebuilders for her 2012 documentary breakout The Queen of Versailles. She’s fascinated with the grotesquerie and garishness of new money, watching from a clinical remove as her subjects expose the most tacky, contemptible, pathetic sides of themselves. She’s renowned as a chronicler of the morally deformed, a diagnostic for the deleterious effects that a swollen bank account can have on the brain.

So, why do these people keep agreeing to let her shoot them? What possessed Imelda Marcos, the former Philippine first lady and resurgent political operator, to sit for Greenfield’s latest and perhaps most damning portrait, The Kingmaker?

“Imelda Marcos is incredibly aware of the profile she puts forward,” Greenfield says firmly over coffee at a Manhattan hotel. “In the film, I tried to include the parts that show her art-directing the world around her, moving the sheets and arranging her photos, so that we can see her in this presentational state.”

All manner of articles about the dynastic family, many of them harshly critical, hang framed on the walls of the palatial Marcos estate. It’s just one in a handful of canny symbols in Greenfield’s new feature, a telling encapsulation of the mentality shared by her subjects as they hoist themselves by their own petards. Regardless of whatever light they might be seen in, they’re just glad someone’s looking.

Another one of these “perfect metaphors” first brought Greenfield into Marcos’s orbit and began the project that would expand in scope and ambition to become The Kingmaker. She read a Bloomberg story by the British journalist William Mellor about a quixotic idea Marcos had while on safari, to bring an ark’s worth of the savannah’s animals back to the Philippines and create an island haven for them as a miniature African getaway she could visit whenever she pleased. As it fell into disrepair and the ousting of the Marcos regime left it fully abandoned, it became something like an Ozymandias statue, warning all those looking upon her works to despair.

“I was interested in the contradiction between her personal charisma and its terrible consequences,” Greenfield says. “The animal island was how I get into the story. It was something she just did because she thought it’d be lovely for the Philippines, intending to treat the animals well, then cut to four generations of inbreeding later, they’ve lost all funding and everyone else has been left to pick up the pieces … This was the ultimate extravagance: depopulating an island of its indigenous population just to bring in animals from Africa. It was a strange, unnatural Jurassic Park.”

She continues: “I thought there would be two strands, the first being her coming back to the Philippines as a congresswoman, and the animal island as part of her legacy. It was going to be a historical tale, stuck in the past. What shocked me was how it came rushing into the present.”

There’s a perceptible shift in the winds about halfway through The Kingmaker, as Greenfield realizes her true focus. The first hour plays out not unlike The Queen of Versailles or its follow-up Generation Wealth, a cataloguing of the one per cent’s obscene excesses and the pathologies undergirding them. But the film shifts into a far more urgent, high-stakes register as Marcos attempts to guide her son Bongbong into the seat of the vice-president in 2016, and assists with the current tyrant Rodrigo Duterte’s rise to the presidency. What begins as a peek behind one woman’s gilded curtain pivots into an embedded reporter’s coverage of a power grab with unsettling resonances to the ascent of Trumpism.

“When I began, Bongbong didn’t have a chance in hell of winning the election,” Greenfield recalls. “As he became the frontrunner, I realized [Imelda’s] rewriting of history was taking hold. It wasn’t until Duterte won that I really saw the return of this sort of dictatorship and the movie got an ending. The moral of the story became that those who can’t remember history will certainly repeat it.”