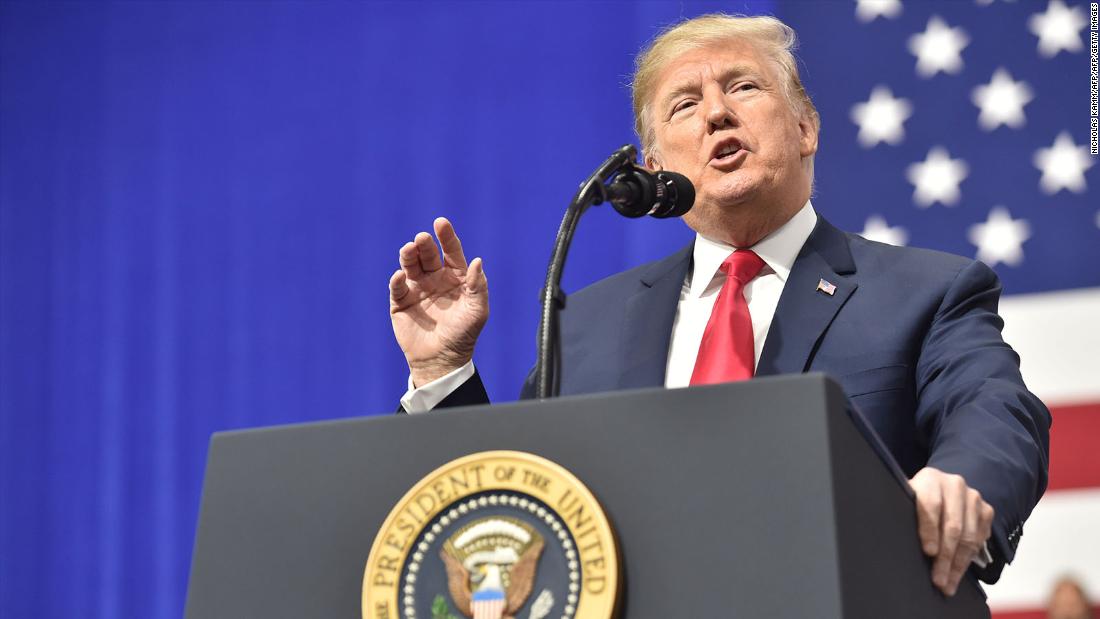 Washington (CNN)In a moment of unrestrained demagoguery, President Donald Trump presided Wednesday over a crowd chanting “Send her back! Send her back!” about an American Muslim congresswoman who he targeted with racist attacks.

The chants of “Send her back!” referred to Somalia-born, American citizen Rep. Ilhan Omar of Minnesota, one of four minority lawmakers attacked by Trump over the weekend. The invective from the crowd replaced the “Lock her up!” and “Build the wall!” chants of Trump’s first campaign with a jarring racial refrain that the commander-in-chief, speaking from behind a podium bearing the symbolic presidential seal, made no effort to stop.
Reinforcing days of attacks on the four progressive Democratic women, known as “The Squad” on Capitol Hill, Trump questioned their patriotism and highlighted some of their controversial comments on issues including Israel, law enforcement and the September 11th terrorist attacks, in some cases distorting their records.
“They don’t love our country. They are so angry,” Trump said, lambasting the group as “hate filled extremists.”
“If they don’t like it let them leave, let them leave,” Trump said.
Other presidents, like Richard Nixon for instance, have used veiled racial messaging in elections. But there is no modern equivalent of a US president so openly encouraging racial and tribal undercurrents on the campaign trail in order to consolidate his own power.
“We’ve had racist presidents,” CNN presidential historian Timothy Naftali said on “Anderson Cooper 360.”
“But they did not express their racism as head of state, the way that Donald Trump through his actions — most importantly the tweets the other day and how he responded to Charlottesville — the way that President Trump has done.”
Democratic presidential candidates reacted to the menacing scenes by saying they showed why Trump must be driven from office.
“It’s vile. It’s cowardly. It’s xenophobic. It’s racist. It defiles the office of the President,” California Sen. Kamala Harris wrote on Twitter.
Former Vice President Joe Biden tweeted, “Mr President, I am here to tell you this. This is OUR country. The United States of America. You’ll never understand what makes us strong.”
The President was making his first appearance on the trail since escalating his attempt to make the group of congresswomen of color, who are well to the left of most liberals and who in some cases have their own history of inflammatory rhetoric — a proxy for the entire Democratic Party.
The showdown is revealing the central question of the 2020 election campaign. Will Trump’s embrace of searing racial grievances, tough immigration commentary and rhetorical targeting of non-white adversaries that helped electrify his mainly white, blue-collar base and win the White House in 2016 deliver him a second term?
Or will the tactic drive away some moderate, suburban voters around cities such as Philadelphia, Detroit and Milwaukee who he needs to return to his fold to keep a similarly narrow path to victory open in 2020? And while it is likely to solidify Trump’s base, will such an approach ignite record breaking Democratic turnout? 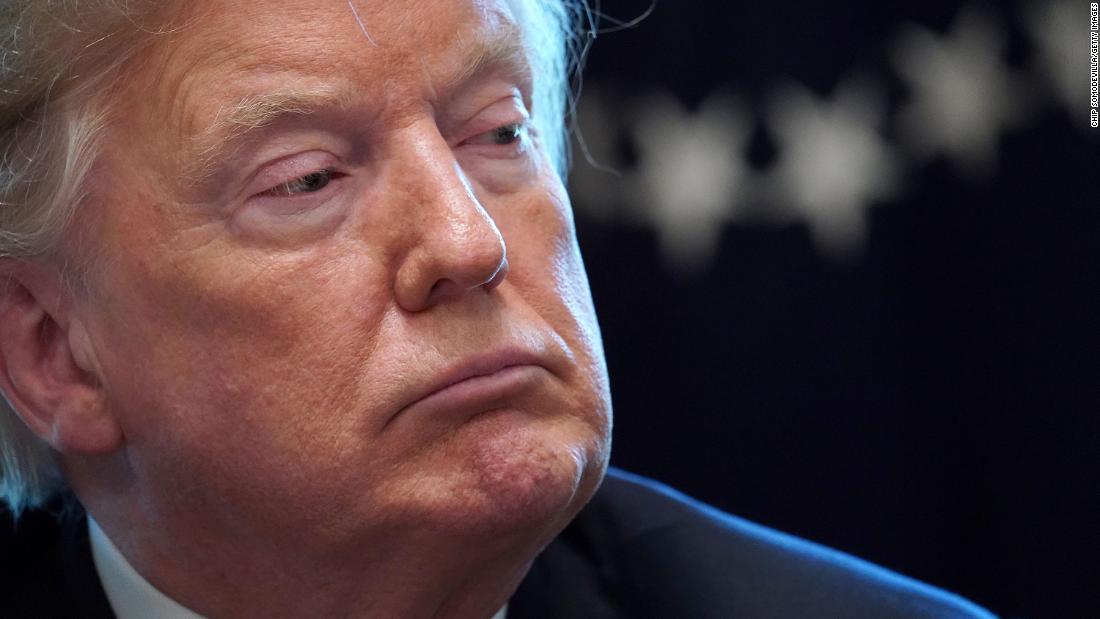 Evidence from the midterm elections in 2018 suggests that Trump’s scorching immigration rhetoric worked in deep red Republican states. But it backfired elsewhere as Republicans lost the House. According to CNN exit polls, only 23% of respondents who voted Democratic said immigration was their greatest concern. And health care, on which Democrats based their campaign, was the defining issue of the election and for 41% of voters.
Still, though the midterms were a referendum on Trump, he wasn’t on the ballot — a factor that means that the lessons of 2018 cannot be simply transferred to 2020.
And there is another variable in 2020 that could be decisive: Hillary Clinton will not be involved. The Democratic nominee was a hugely polarizing force as she carried her own immense political baggage and as well as that of a pair of two-term Democratic presidents — Bill Clinton and Barack Obama — on her back.
The President lost the popular vote and only carried the three crucial swing states — Michigan, Pennsylvania and Wisconsin — by a combined total of less than 100,000 votes. A less controversial Democratic nominee would make Trump’s path back to the White House even more narrow — a fact that explains his need to rough up his opponent with the most toxic, polarizing campaign possible. 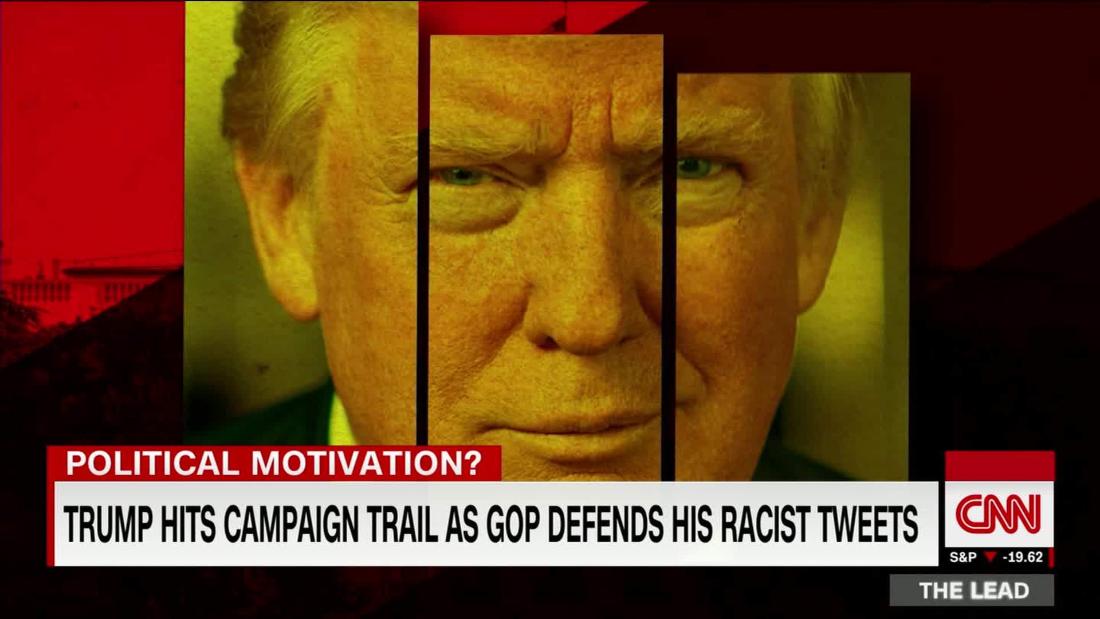 Often Trump’s political gambits seem impulsive. But the experience of recent years shows the President also has a diabolical sense of his own political interests.
For any other commander-in-chief, a reputation for racism would not just raise questions about political viability, it would be a historic legacy stain. But far from being shamed, Trump is pleased with the strategic deliverable of “The Squad” that he sees as working for him on several levels 16 months from election day.
“I do think I’m winning the political fight. I think I’m winning it by a lot,” Trump told reporters on Wednesday.
“I think that they are not espousing the views of our country the four congresswomen.”
Aides told CNN that the President plans to press on with the extreme tone of recent days. He believes that by forcing party leaders to rally around “the squad” he has created an impression that all Democrats are in thrall to the radicalism that puts the women far to the left of most Americans.
The theory is that moderate voters will be scared off by what he says are “socialist” positions on health care, climate change and taxation, will conflate the Democratic nominee with the party’s most radical elements and will therefore swallow their doubts about the President.
Trump’s campaign against the squad occurs as the pro-Trump media paints its most well known member, Rep. Alexandria Ocasio-Cortez — who he referred to as “Cortez,” because “I don’t have time to go with three different names” — as a new hate figure for conservatives.
Polling shows that she is a tempting adversary for Trump.
In a Quinnipiac University national poll in March, the New York lawmaker had a 23% approval rating. She polled at 2% among Republicans and only 20% among independent voters.
But some Republicans argue that Trump could have accomplished his goals without using specifically racist language against the women that turned the episode into a four-day Washington firestorm and could play into attacks by Democrats on Trump’s conduct and character.
“I thought it was below the dignity of the office. And quite frankly I thought, why do you want to get into this fight?” said Bob Vander Plaats, an evangelical conservative leader from Iowa.
“It was like an inter-party fight and he stepped into it,” Vander Plaats, president and CEO of The Family Leader, told CNN’s Brianna Keilar. 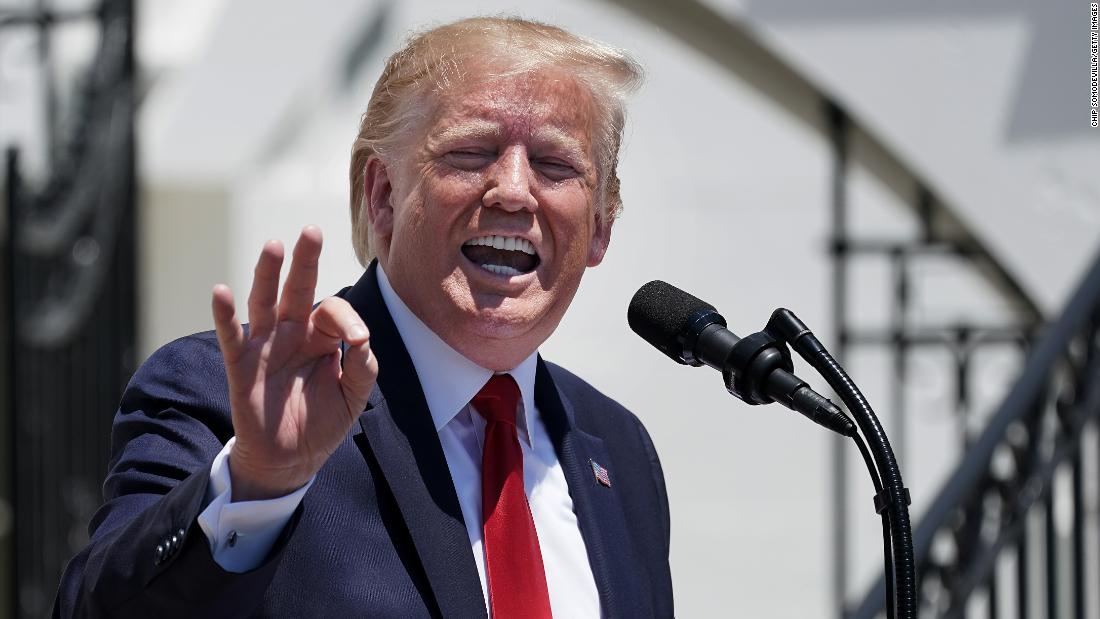 Trump’s decision to rationalize rather than deny his racist approach hints at a more sinister aspect of his strategy.
Of the squad members, Ocasio-Cortez is Hispanic, Omar is a Somalia-born Muslim, Rashida Tlaib is also Muslim and Ayanna Pressley is black. All are US citizens, three born in America.
Together, they are the personification of the diverse, multi-racial and rising ethnic demographic tide that Trump’s entire political approach has long painted as an existential threat to traditional, white, America where he draws most of his support.
Just by drawing the squad into the spotlight, Trump is presenting his “Make America Great Again” base with powerful imagery. By branding their calls for reform as an unpatriotic revolt against American values and by saying they should “leave” the country if they don’t like it, Trump is sending the most overt racial signals by any president in decades.
Having presented all Democrats as hostage to such influences the eventual next step of Trump’s strategy will be to anchor them to the eventual nominee and define him or her as similarly extreme.
This is a campaign plan born of necessity and inclination.
Trump’s frequent past record of racial prejudice suggests his targeting of the four women is a reflection of his true impulses as much as a transactional political strategy.
The President also has the luxury of knowing that his political base is impermeable to shocks like the recent racism row. An interview by CNN’s Randy Kaye with female Trump supporters in Dallas encapsulated the steadfastness of Trump’s base and their absorption of his message on Ocasio-Cortez and her colleagues.
“He was saying that if they hate America so much because what we’re seeing out of them and hearing out of them, they hate America,” Dena Miller, one of the women said. “If it’s so bad, there’s a lot of places they can go.” 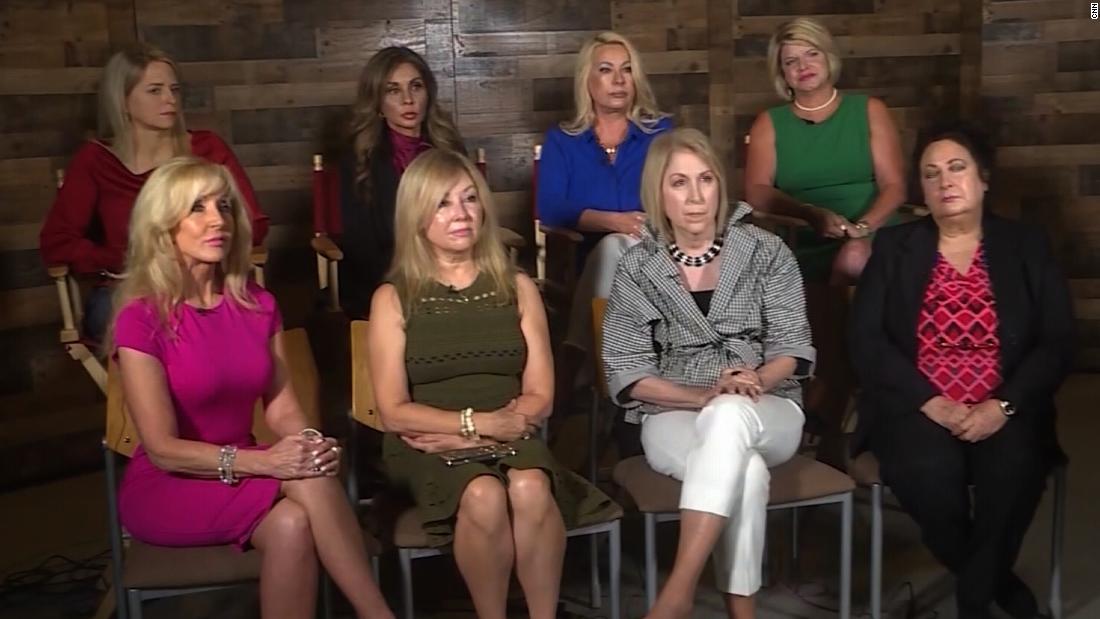 These GOP women see nothing wrong with Trump’s comments

The President’s reluctance to expand his support while in office means that his only hope of a second term is an aggravated base election in the same post-industrial swing states he won in 2016.
An approval rating that has never hit 50% in most polls and is in the historical danger zone for presidents seeking a second term means Trump will likely lose a referendum on his term. So he needs to negatively define, and then destroy his opponent.
The strong economy probably will not save him either, since there is a double-digit gap between his approval rating on that issue and the public’s perception of him overall.
This is not a campaign strategy for the squeamish. It will subject the country to months of recriminations and fresh polarization. It depends on a President who is unusually unconcerned about his own reputation and who can command the dark political arts needed to dirty up conventional candidates dragged into his gutter.
And it also implies a willingness to deliberately incite racial angst, fear, and public discord that may be impossible to control and is almost certain to damage America’s social fabric.
Above all, it calls for Trump to prioritize his own quest to retain power over national harmony.
The President has already shown he ticks all the above boxes.