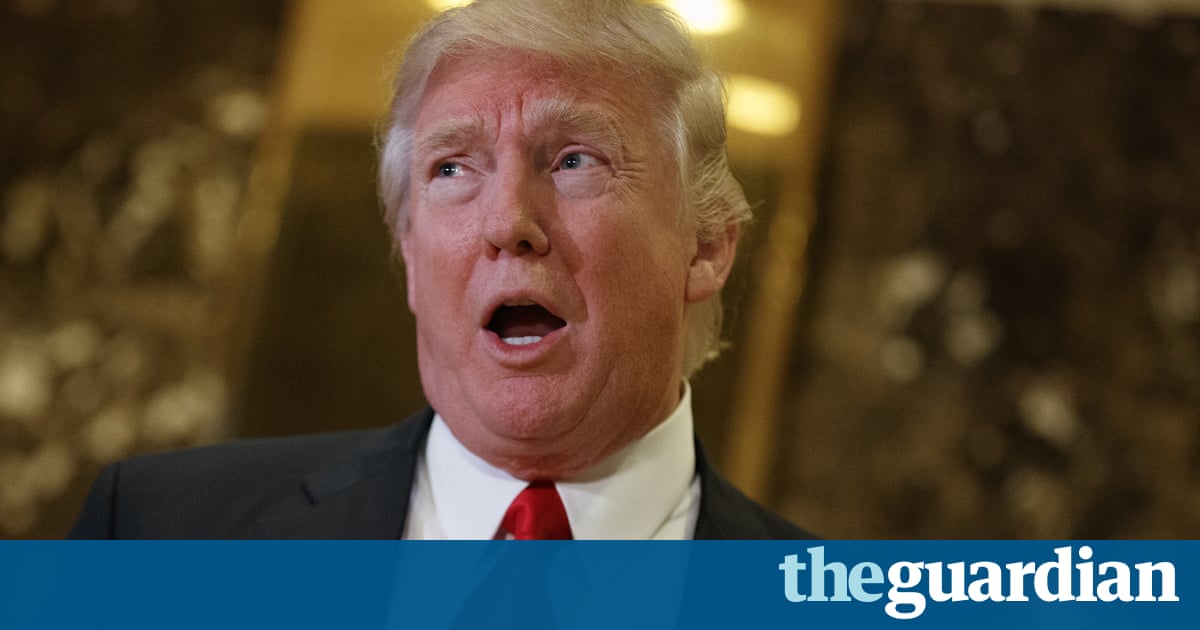 The Senate intelligence committee plans to interview senior figures in the incoming Trump administration as part of its inquiry into alleged Russian hacking during the US election, its chairman said on Friday.

The announcement, one week before Donald Trump assumes the presidency, comes amid a bitter row between him and the US intelligence agencies he will soon lead.

Only yesterday the committee chairman Richard Burr, a Republican, had told reporters that connections between the president-elect and Moscow would be outside the remit of his committees ongoing investigation into Russias allegedattempts to influence the election through hacking and other cyberattacks.

But Burr in a statement issued jointly with the panels top Democrat, Mark Warner said the committee would use subpoenas if necessary to force Trumps team, as well as officials from the Obama administration, to testify.

As part of the Senate select committee on intelligences oversight responsibilities, we believe that it is critical to have a full understanding of the scope of Russian intelligence activities impacting the United States, the statement said.

Among other things, the inquiry will examine counterintelligence concerns related to Russia and the 2016 US election, including any intelligence regarding links between Russia and individuals associated with political campaigns.

The statement is the first formal announcement describing the scope of the committees investigation.

The inquiry falls short of a demand, backed by every House Democrat and many Senate Democrats, for an independent bipartisan commission. With congressional Republicans opposing that move, Democrats have been hoping to build pressure as intelligence briefings on the Russia hacking have accumulated in the past week.

Warner indicated in a statement, issued alongside his statement with Burr, that he did not necessarily view the intelligence panels inquiry as the final investigative option.

This issue impacts the foundations of our democratic system its that important, he said. This requires a full, deep and bipartisan examination. At this time, I believe that this committee is clearly best positioned to take on that responsibility … If it turns out that SSCI [Senate Select Committee on Intelligence] cannot properly conduct this investigation, I will support legislation to empower whoever can do it right.

The announcement comes hours after the Guardian reported that FBI director James Comey frustrated lawmakers at a closed briefing on Friday when he refused to clarify whether his agency was conducting an inquiry into Trumps ties to Russia. Comey had previously told the Senate intelligence committee that he would never comment on a potential FBI investigation in an open forum like this, raising expectations that he would put the issue to rest in a classified setting. But, according to sources attending the closed-door meeting, that was not the case.

The bulk of the intelligence committees hearings will be held behind closed doors, the statement from Burr and Warner said, although it would try to conduct public hearings when possible. The senators vowed to follow the intelligence wherever it leads.

The announcement is a reversal of Burrs previous statement to reporters. On Thursday, he said an inquiry into the possible links between Trump and Russia would not involve investigating ties between Moscow and the Trump campaign, asserting that the committee doesnt have anything to do with political campaigns. We dont have any authority to go to any campaign and request information that one would need to do an investigation. When asked who should, he suggested the FBI.

The move comes in the aftermath of the publication of a set of unverified documents alleging covert links between the Trump campaign and Moscow and referring to personally comprising material about the president-elect, allegedly collected by Russian intelligence when he visited Russia. Trump has called the allegations phony stuff, adding: It didnt happen.

The material was put together by Christopher Steele, a former British counter-intelligence official who was commissioned to do research on Trump on behalf of his political opponents. Steele was reportedly so alarmed by what he found that he forwarded a copy of the documents to the FBI over the summer.

David Corn, Washington editor of Mother Jones, who first broke the story about the existence of the documents, described his interview with their author in October. He said he had agreed to speak under the condition that I not name him or reveal his nationality or the spy service where he had worked for nearly two decades, mostly on Russian matters.

The former spy told Corn that he had decided the material he began receiving in June was sufficiently serious for him to send it to his contacts at the FBI. Steele did so without permission from the American firm that had hired him. This was an extraordinary situation, he told Corn.

The former counter-intelligence official said the reaction from the FBI was shock and horror and a few weeks later the Bureau asked him for information on his sources and their reliability and on how he had obtained his reports. The Bureau also asked him to carry on sending further reports to its investigators. He stressed that the reports were raw updates of what he was learning from his sources.

This was something of huge significance, way above party politics, the ex-spy told Corn. I think [Trumps] own party should be aware of this stuff as well. He noted that the operations aimed at Trump were part of Vladimir Putins campaign to disrupt and divide and discredit the system in western democracies.