Donald Trump has said his first major legislative victory would be a big, beautiful Christmas present for Americans 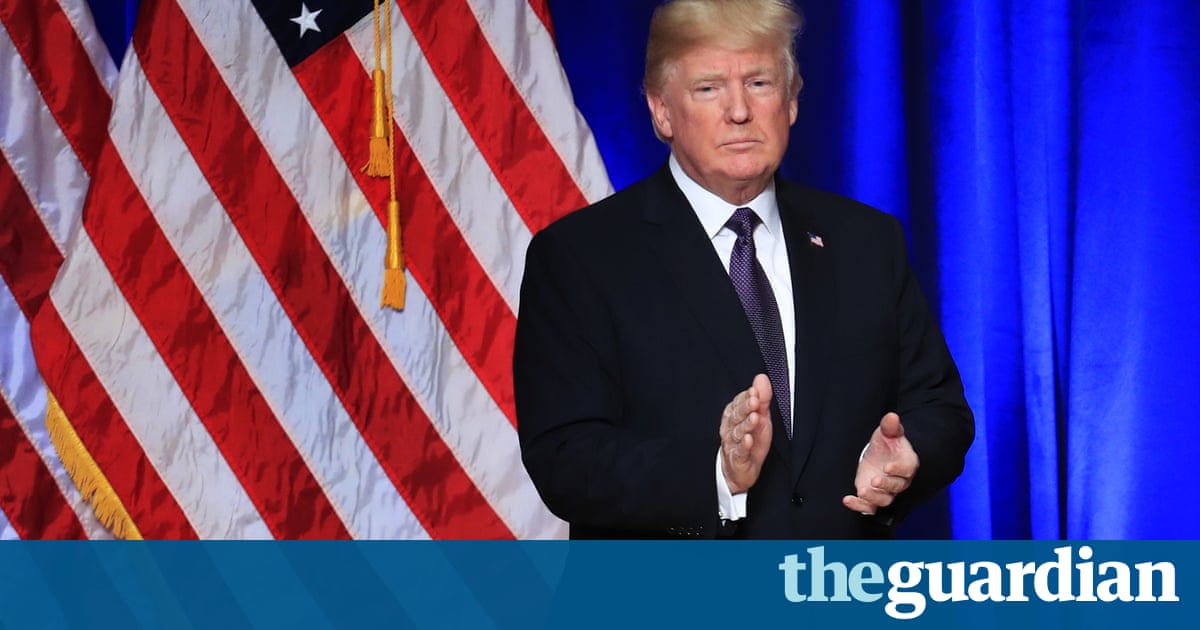 Senate Republicans have passed a sweeping overhaul of the US tax code, placing Donald Trump on the brink of scoring his first major legislative victory.

The Senate approved the $1.5 trillion tax bill, which includes permanent tax breaks for corporations and temporary tax cuts for individuals, by a final vote of 51-48. Once enacted, the legislation will represent the most drastic changes to the US tax code since 1986.

The bill was passed along party lines, with every Senate Republican present voting in its favor and all Democrats voting against it. Arizona senator John McCain, who is undergoing treatment for brain cancer, was the lone member to be absent for the vote.

Although the bill’s passage was expected, tensions boiled to a surface as the final vote was held, as Democrats sharply criticized Republicans for a bill independent analysts have projected will disproportionately benefit the wealthy and corporations.

The legislation must go back to the Republican-controlled House of Representatives on Wednesday for final approval, but is expected to pass.

The bill lowers the top individual tax rate from 39.6% to 37% and slashes the corporate tax rate to 21%, a dramatic fall from its current rate of 35%.

In remarks on the Senate floor, Chuck Schumer, the Senate minority leader, said Republicans would “rue the day” when they passed the bill, which he blasted as a “disgrace”. A visibly frustrated Schumer then chastised Republicans for talking during his speech.

“This is serious stuff. We believe you’re messing up America,” Schumer, a Democrat from New York, told Republicans. “You could pay attention for a couple of minutes.”

As the vote occurred, activists in the press gallery shouted “Kill the bill, don’t kill us”. The chaotic proceedings were eventually called to order by vice president Mike Pence, who was presiding over the chamber for what will soon mark a rare but significant achievement for the Trump administration.

After the bill passed, Republicans celebrated the moment in a late-night press conference where Senate majority leader Mitch McConnell hit back against criticism that the tax overhaul was unpopular among the public.

“If we can’t sell this to the American people, we ought to go into another line of work,” McConnell said.

The Senate vote came hours after House Republicans passed the tax bill by a vote of 227 to 203, with 12 Republicans voting against the plan and no Democrats supporting it. The House will nonetheless be forced to vote on the legislation once more on Wednesday, after it was discovered that the bill they passed fell short of the necessary rules for Senate Republicans to pass it with a simple majority.

The Senate subsequently stripped out the minor provisions that were in violation of the rules, clearing the way for House Republicans to hold a second vote on Wednesday and then send the bill to Trump’s desk for his signature.

Democrats say the failure to write a bill that would comply with Senate rules – an avoidable misstep – underscored the slapdash manner and lightening fast speed at which Republicans assembled their tax overhaul.

The urgency among Republicans to pass a tax bill before the year’s end was similarly underscored when they provided lawmakers with a copy of the 500-page tax plan hours before an initial vote was scheduled on the legislation. In an online video, Senator Jon Tester, Democrat of Montana, called it “Washington DC at its worst” as he flipped through the pages, showing off the handwritten changes in the margins.

Despite the delay, Congress is still expected tosend the bill to Trump in time to deliver what he has promised would be a “big, beautiful Christmas present” for the nation.

Nancy Pelosi, the House minority leader, went so far as it call it “the worst bill in history” in a press conference on Tuesday. She described it as “an all-out looting of America, a wholesale robbery of the middle class” and said: “The GOP tax scam will go down, again, as one of the worst, most scandalous acts of plutocracy in our history.”

The tax plan enacts a deep and permanent cut for corporations, slashing the top rate from 35% to 21%. The bill also includes tax cuts for individuals and families of all income levels, with the largest breaks going to the wealthiest Americans. The individual tax cuts are slated to expire in 2025, a move to comply with Senate budget rules, but Republicans said a future Congress would extend them.

“This is one of the most important pieces of legislation that Congress has passed in decades to help the American worker to help grow the American economy,” Paul Ryan, the House Speaker, said moments after the bill passed. “This is profound change and this is change that is going to put our country on the right path.”

Democrats were excluded from the closed-door sessions where the plan was crafted. They have condemned the measure as a handout to the wealthy and corporations, and promised to use it as a cudgel against Republicans in the 2018 midterms.

Republicans have long pushed tax reform as a way to simplify the US tax code, but the proposal would keep all seven existing tax brackets for individuals. The bill has faced significant criticism because it would limit tax deductions for home mortgages and state and local taxes, as well as adding over a trillion dollars to the budget deficit.

The bill would not only reshape tax policy in the United States. It also contains provisions to allow oil drilling in Alaska’s Arctic national wildlife refuge, and would eliminate the Affordable Care Act’s individual mandate, which requires Americans to either buy health insurance or pay a penalty.

Despite being heralded by Republicans and the White House as a major accomplishment, the bill is deeply unpopular. A CNN poll released earlier on Tuesday found that 55% of voters had a unfavorable view of the plan and only 33% view it favorably.

Ryan dismissed criticism of the bill, saying “results are what’s going to make this popular”.

Republicans, who control both chambers of Congress but have so far failed to achieve a major legislative victory, relished the moment hours before the vote was scheduled on Tuesday.