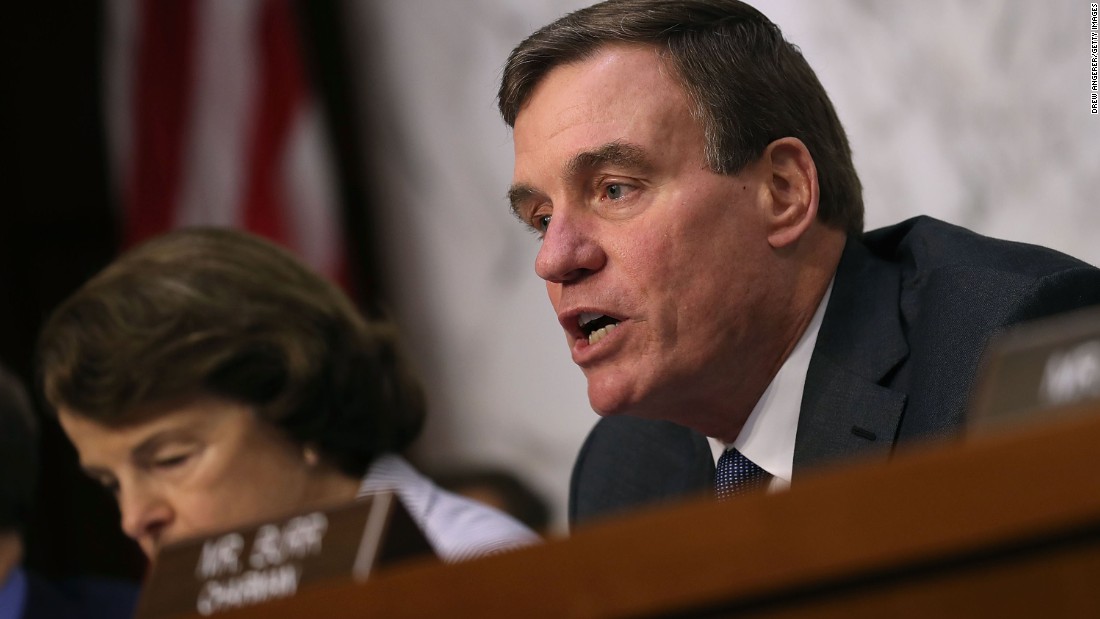 Warner, who is the ranking Democrat on the Senate Intelligence Committee, told CNN’s Jake Tapper on “State of the Union” that he believes Putin could take advantage of Trump.
“We need to have other Americans in the room,” Warner said. “Vladimir Putin is a trained KGB agent. He may come in with maps of Syria, maps of Ukraine, and, frankly, I think he’ll take advantage of this President, who we know doesn’t do much prep work before these meetings.”
Warner also argued that the White House needs “other individuals from his administration in the room so we know that at least someone will press the Russians on making sure they don’t interfere in future US elections.”
The summit is expected to address a range of issues, including Syria, nuclear weapons and election meddling. It comes days after special counsel Robert Mueller’s indictment of 12 Russian military intelligence agents, who are accused of interfering in the 2016 election by hacking Democrats’ emails and computer networks.
The Virginia senator was among the top Democrats in Congress who called for Trump to cancel his upcoming summit with Putin after the Justice Department announced the indictments. Democrats have expressed concerns about Trump’s ability to sit down and challenge Putin during a one-on-one meeting.
Warner said that although Putin will not likely deliver those military intelligence agents to the US, he wants Trump to ask for them. Trump told CBS News that he hadn’t thought about requesting their extradition in the meeting, but suggested that he will ask about it.
Trump tweeted Sunday that he believes no matter well how the summit with Putin goes, he’ll face criticism from Democrats and the media.
“Unfortunately, no matter how well I do at the Summit, if I was given the great city of Moscow as retribution for all of the sins and evils committed by Russia (…) over the years, I would return to criticism that it wasn’t good enough — that I should have gotten Saint Petersburg in addition!” Trump tweeted. “Much of our news media is indeed the enemy of the people and all the Dems (…) know how to do is resist and obstruct! This is why there is such hatred and dissension in our country — but at some point, it will heal!”