In San Francisco and beyond, homelessness makes voting nearly impossible and all but ensures the issue has little visibility on the campaign trail 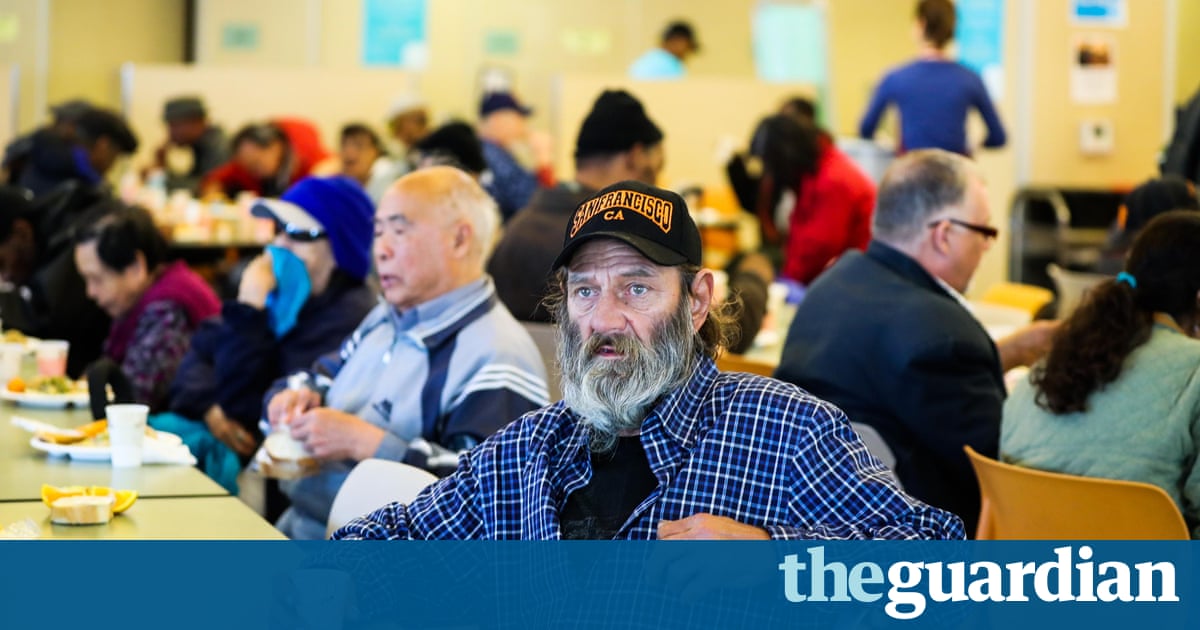 It is no mean feat to cast a ballot when home is a doorway or a tent beneath a freeway underpass. When your mailing address is General Delivery, or the Prison Legal Services office, or someone elses room at an SRO hotel. When the hunt for a voting precinct vies with the search for food and shelter.

Even so, the presidential contest has been front of mind at the St Anthony Foundation dining room in San Franciscos gritty Tenderloin district.

The first seating at St Anthony is for families and the elderly. Lunch starts at 10am and is often the only meal of the day for people such as Tom Orrell, who is picking at his turkey dish and talking politics.

His home is a patch of sidewalk at the corner of Jones Street and Golden Gate Avenue. His party, the Democrats. His candidate, Bernie Sanders but he plans to vote for Hillary Clinton in November, even though hes not sure America is ready for a female president. His issue is healthcare, with a dash of education.

The way I look at it, weve got to have healthy kids, says the 62-year-old former construction worker, who votes whether he has a roof or not. For two years, he has not. To get them healthy, we need to have education. Were falling down in both. To have a bright future, we need better healthcare.

Nearly half of the St Anthony diners are homeless, and the rest are extremely low income. Volunteers registered 60 diners to vote before the California primary on 7 June. Another registration drive is planned for October.

The issue of homelessness, however, has largely been absent from the campaign trail in 2016, even though it is a priority across the nation.

Throughout the primary season, the Guardian asked American voters to name matters they care about but that the packed field of Republicans and three Democratic candidates who had eyes set on the Oval Office did not address to their satisfaction. Homelessness was among them. They are not alone.

Since last autumn, the state of Hawaii and cities along the west coast have declared homelessness states of emergency. In New York, where people have a legal right to shelter, calls to the citys 311 line complaining about homeless people rose this winter, according to the New York Times.

In Los Angeles County where the vacancy rate is less than 3% in some areas and 500,000 affordable housing units are needed officials announced in May that the number of homeless people has risen 5.7% in the last year, to 46,874. Thats nearly half the homeless population in huge, temperate California.