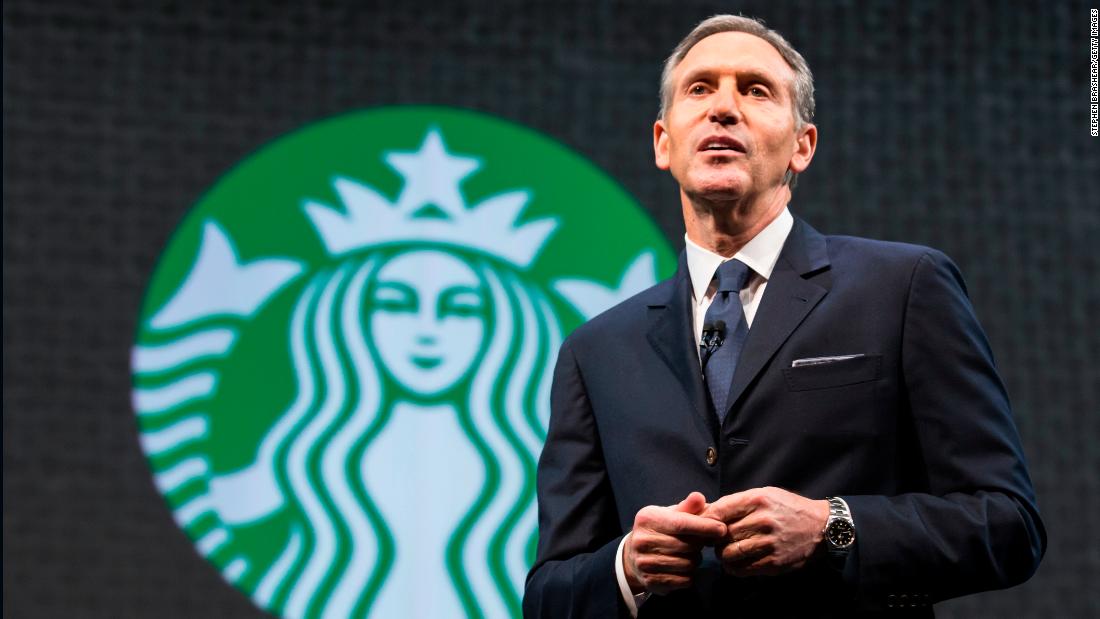 Washington (CNN)Former Starbucks CEO Howard Schultz, whose contemplation of an independent presidential run in 2020 has infuriated Democrats, defended on Tuesday his criticism of a “Medicare-for-all” proposal that he called “not American.”

“Why do you think Medicare-for-all, in your words, is not American?” CNN’s Poppy Harlow asked Schultz on Tuesday.
“It’s not that it’s not American,” Schultz said. “It’s unaffordable.” 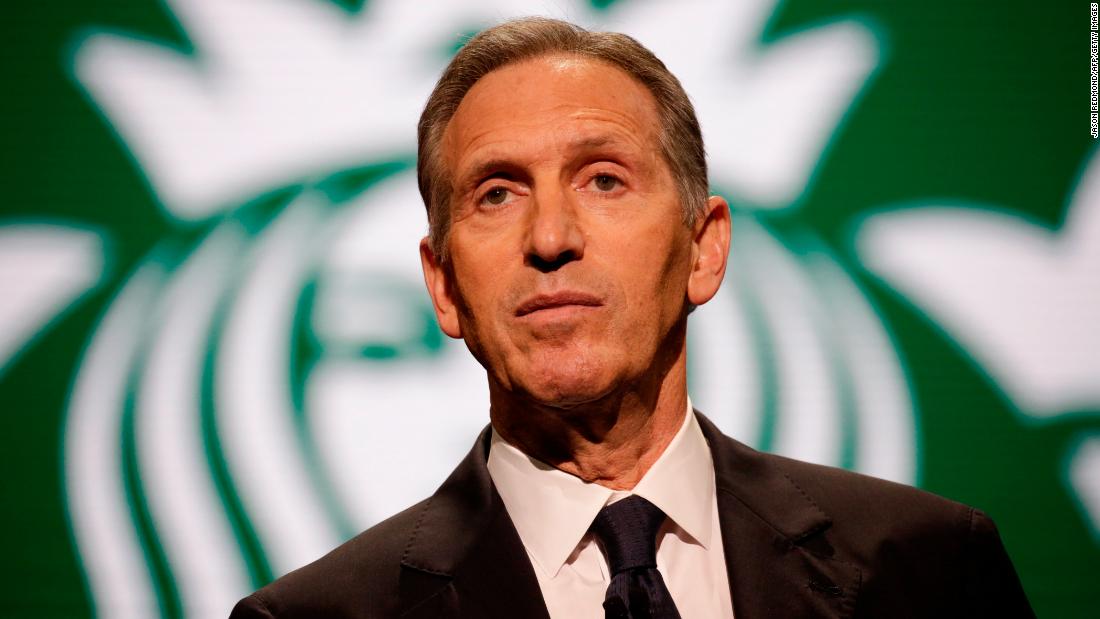 “What I believe is that every American has the right to affordable health care as a statement,” Schultz said, lauding the Affordable Care Act, otherwise known as Obamacare, as “the right thing to do.”
He added, “But now that we look back on it, the premiums have skyrocketed and we need to go back to the Affordable Care Act, refine it and fix it.”
He argued that the Democratic progressive platform of providing Medicare, free college education and jobs for everyone is costly and as “false as President Trump telling the American people when he was running for president that the Mexicans were going to pay for the wall.”
Asked if he has a proposal for health care, he replied, “I don’t have a plan today. I’m not yet running for president.”
Schultz also hit New York Democratic Rep. Alexandria Ocasio-Cortez for her proposal of a 70% marginal tax rate on income over $10 million, saying he does not support such a plan. 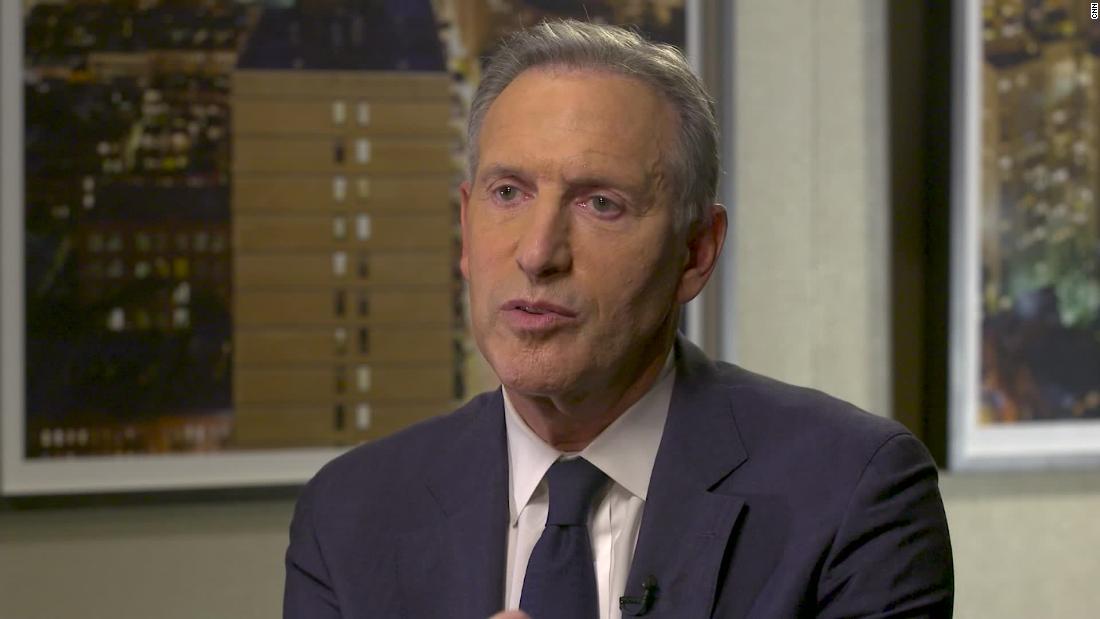 “Why should we punish it? What’s the American dream? The American dream is to create opportunity,” he told Harlow. “The American dream is to rise above your standing in life. Now, we’re going to be providing punitive tax rates for people who have succeeded. Now what we need is comprehensive tax reform.”
As for immigration, Schultz said he agrees with Republicans that the US needs stricter border security on the US-Mexico border — but “not with a wall, which is insanity” — and supports Immigration and Customs Enforcement’s continued role in that.
But in one area where he aligned with Democrats, Schultz said he supports a pathway to citizenship for those protected under the Deferred Action for Childhood Arrivals program, undocumented immigrants who arrived in the US as children who are also known as “Dreamers.”
“I think it’s un-American for the Dreamers not to have a pathway to citizenship and they should be given that,” he said. “With regard to the 11 million people who are unauthorized, let them get in line, pay taxes, pay a fee, and over time give them the opportunity to become Americans.” 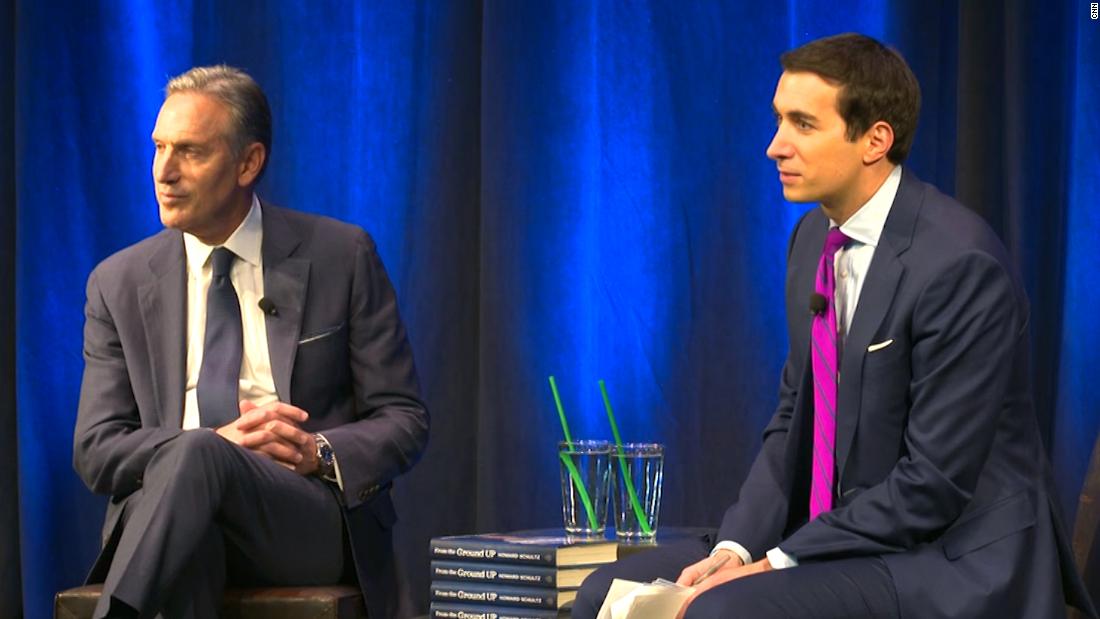 As he continues to weigh whether to jump into the 2020 race, Schultz has been receiving push back from Democrats who argue that he would siphon votes from the party’s nominee, ultimately handing President Donald Trump his second term.
“If that’s the final analysis — that President Trump gets a second term and that you pulled more from Democrats — would that keep you up at night?” Harlow asked.
“I would never put myself in a position where I would be the person who re-elects Donald Trump, but that is not what I believe today,” Schultz vowed.