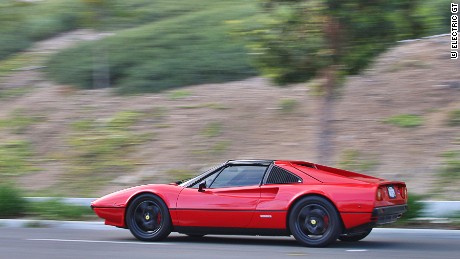 (CNN)The look is unmistakably Ferrari. The sound? That’s another story.

The news that this classic Ferrari 308 GTS has been converted into an electric car may have some petrol heads fuming, but for fans of cleaner wheels this just might be their dream machine of choice.
Using the chassis from a 1978 model that was destined for the scrapheap, the “308 GTE” is the world’s first electric-powered Ferrari, according to its creator Eric Hutchison from California-based Electric GT.
Ferrari CEO Sergio Marchionne recently described the idea of the Italian-based manufacturer making a battery-powered car “an obscene concept,” telling reporters at the Geneva Motor Show earlier this year that the throaty engine roar is an integral part of the Prancing Horse’s allure.
Hutchison and his co-creator Michael Bream, a specialist in electric conversions of classic cars, had other plans though.
“We got talking and said ‘let’s look for something really good to promote electric,'” Hutchison told CNN.
“Two days later we found this thing in a junk yard in San Diego.”
MORE: The world’s best electric supercars
The 308 model — famously driven by Tom Selleck in the classic 1980s TV detective series, “Magnum P.I.” — had been abandoned on a Californian highway after catching fire. That was a common problem with 308s, says Hutchison. 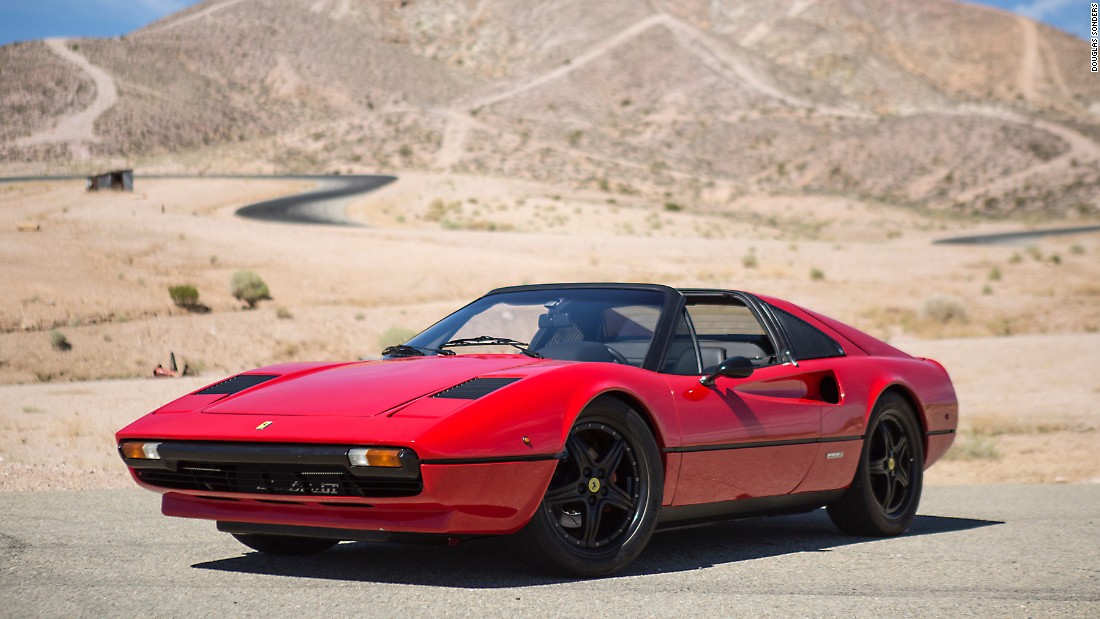 “If people don’t maintain those hoses and do their annual services they get so dang hot that one of the hoses burst. It’s very common, and it blows fuel all across the top of the motor and it catches fire.”
The 308’s charred remains cost Hutchison $10,000.
“We basically rebuilt the whole thing I had to pull everything off down to the frame,” he says.
“It’s taken about 18 months for us to get the car to where we feel comfortable. I literally drive it every day, shaking it down, coming up with improvements.”
The car has three batteries one in the front and two in an L-shaped configuration where the gas tanks used to sit. They currently deliver 30 kilowatts of power to a 2,000-amp triple electric motor located where the V8 engine was housed.
MORE: Formula E’s French revolution
Hutchison concedes that the electric motors are no contest for a finely tuned V8 and the current range is a modest 70-100 miles, although he plans to double the battery capacity.
Ferrari fans have given the car an enthusiastic thumbs up on FerrariChat.com — an online community for Ferrari obsessives. Hutchison says he was always keen to expose his plans to the scrutiny of potentially its harshest critics.
“I walked into the bear’s den we put the entire thread right into the 308 community,” he says, before gleefully quoting a comment posted earlier this week.
“Wow, what a transformation. When I started to read the thread a year and a half ago I was quite skeptical, to be honest — a non-petrol Ferrari? Well, a great piece of engineering. The car looks wonderful,” one commenter enthused.
Follow @cnnsport
“Not yet used to YouTube videos of Ferrari without sound. But I guess being able to drive around without having to be nervous about belts, sodium valves, oil pressure and disturbing noises can be both intoxicating and relaxing. Great job. Have fun at the track.”
Hutchison plans to do just that — his beloved machine will running in this year’s Re-Fuel Electric Car Races at the Laguna Seca Raceway in Monterey on May 22.
WATCH: Drone vs. sports car