The cast brought their moms on and did their best to make funny after a quiet week in Trumpworld. It didnt really work 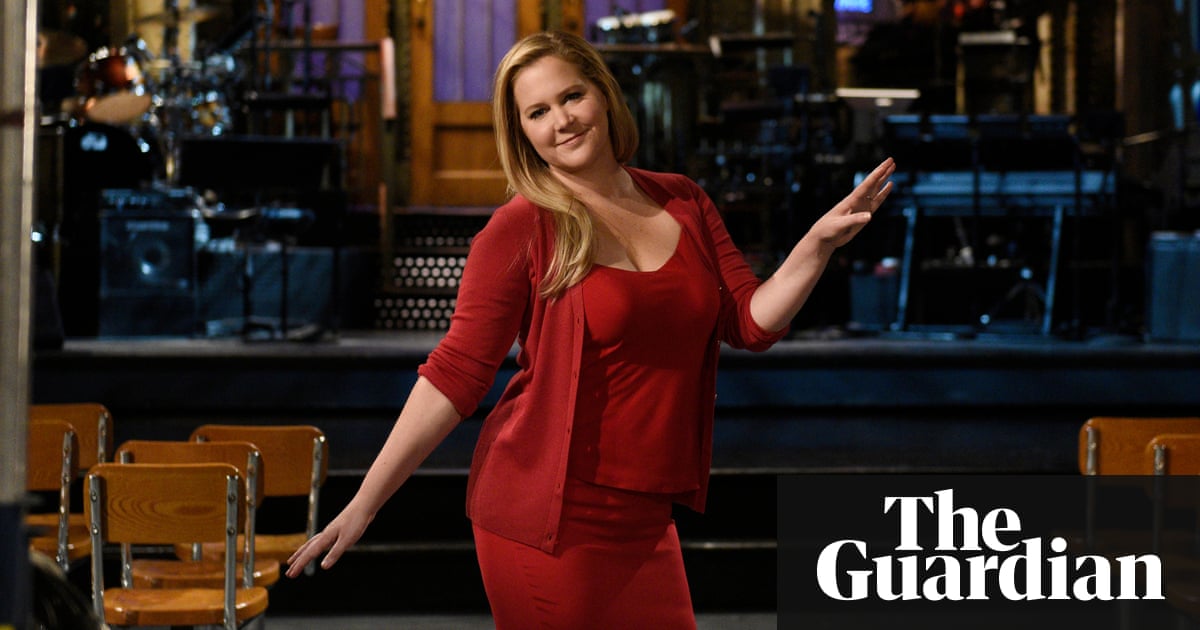 Aidy Bryant’s mom, Georgeanne, has joined her onstage. Usually, Bryant says, the cold open is about politics, which is “divisive”. Tonight, they’re here to talk about something “we all can celebrate together – moms”.

Kenan Thompson’s mom is here too. “You like the show, right Mom?” he says. “We do,” she says, “except for all of the political stuff. We get it.”

“Remember when I was in that production of The Crucible in high school?” Mikey Day says to his mother. “Yeah,” she says, “you know The Crucible is a lot like the witch hunt against President Trump.”

“I don’t understand why everyone focuses on Trump at all, when you should be focused on Jesus,” says Chris Redd’s mom. “Jesus isn’t president, Mom,” he says. “And that’s the problem,” she replies.

“I think Alec Baldwin does a great Trump impression,” says Colin Jost’s mom, “but why does it have to be so mean? Who writes that stuff?”

“The way that my now-husband proposed was so worthless, it was the morning, I was still asleep, he threw the box at me and said, ‘I got you this.’ But that’s a realistic proposal.’

She jokes about weddings and periods. She’s a woman, after all! Then she turns to feminism. “Ladies, remember how we were raised with the illusion of equality. Wasn’t that funny?”

First sketch: it’s a game show. Mother Knows Best. Schumer is the host, “a YouTube sketch comedian and a serious, genuine singer”, and Day and Kate McKinnon are a teenage son and mother with strong incest vibes.

Hulu’s all-new spin-off show: Handmaids in the City, brought to you by the producers of Sex in the City and Margaret Atwood. Schumer as Offred is having breakfast with her pals Cecily Strong and Bryant in what looks like a prison cafeteria. “It’s a show critics are calling ‘so brutal’ and ‘more uplifting than the news’.”

“As I was getting tased I was shocked at my lack of rights in this new world, but amazed by how stunning I look in red,” Schumer says, as a guard shoves a taser in her back.

Next: Schumer as a mom telling her child his birth story, “the best day of my life”. “I had a big smile on my face the whole time,” she says, before they cut to her screaming in bed while her husband, Day, screams alongside her in scrubs.

Thompson and Leslie Jones are soul-singing hosts of Gospel Brunch. Strong is a chef who is making teriyaki chicken wings. “Let’s praise them together!” says Thompson. “Oh, I would,” Jones says, “but I’m an atheist.” Redd sweeps her off with a broom.

The next chef is played by Schumer in a brown long-bob wig, in the style of Paula Deen. “A great way to eat healthy is a smoothie,” she says, “if it’s through a straw it’s healthy and that’s a fact … you just blend up some ice, some low-fat milk, banana, cinnamon, and a whole pecan pie.

Kacey Musgraves is the musical guest, and she sings High Horse under a glittering saddle dangling from the ceiling. I’m curious about the saddle: is it bespoke? Does she travel with it or was it made especially for this moment? Would it be appropriate for using to ride an actual high horse or is it made out of paper mache?

Weekend Update! It’s been an OK week for Trump. “I don’t like when Trump is this quiet,” says Michael Che, “it’s like when I’m babysitting my nephew and he’s been quiet for too long.”

“It’s really funny to me that all these companies were paying Michael Cohen for intelligence,” says Jost, “he’s like the word ‘durrrr’ became a person.”

“Trump is undoing so much of Obama’s work that Obama’s going to start fading away in pictures like in Back to the Future,” says Che.

They turn to Melania Trump’s new initiative, Be Best. “As in, ‘it would be best if you got a divorce,’” says Che.

Heidi Gardner joins them as a teen YouTube movie critic who twirls her hair a lot. “I guess I thought the new Jurassic Park was … fake?’ she says. “All of a sudden dinosaurs are back? That would never happen.”

She doesn’t, it goes on for a while, but it’s not very funny.

“Police at Yale University interrogated a black student when she was reported by a white student for sleeping in the common room … so if you’re a black student at Yale, stay woke,” says Che.

Melissa McCarthy interrupts the next story in a “World’s Proudest Step-Mom” sweatshirt: she’s bringing Che a Claritin because she thinks his voice is “froggy”.

Wake Up Denver: Beck Bennett is the host and Strong is reporting from the field, which is a production of L’il Rent, an “abridged, family-friendly version of the hit musical”. How is it child-appropriate? “HIV-AIDs is changed to diabetes,” director Day explains. “I used the ‘find and replace’ function in Microsoft Word and changed HIV-AIDs to diabetes.”

Schumer is a “fiercely conservative” child – kneeling behind a wall like a muppet. He character “got diabetes from sharing an infected heroin needle … I learned some Spanish to play Mimi because she only speaks Spanish and I only speak white.”

Musgraves returns for her second song, Slow Burn. The saddle is gone and I miss it, but it’s a nice song.

Last call in an Irish bar: Schumer and McKinnon are two middle-aged lesbians holding it up. “You’ve scared all the men away,” Thompson, the bartender, says.

Schumer and McKinnon start to flirt and it escalates until they gargle Purell and lick each others faces while Thompson tries to make himself disappear. It’s quite cruel. Is it OK to be this mean and unfunny about middle-aged lesbians? I’m not sure it is.

And finally: a high school graduation in the style of a professional wrestling trailer. “Watch your principal confidently mispronounce that Indian kid’s name!” Secrets will be revealed, like when you realize the goth kid’s parents “are … like … normal?”

And that’s it! All the moms returns to clap and hug it out and Schumer says “this is the best time in the world”, which I guess maybe it was for her because she didn’t have to watch the Irish bar sketch. Happy Mother’s Day!