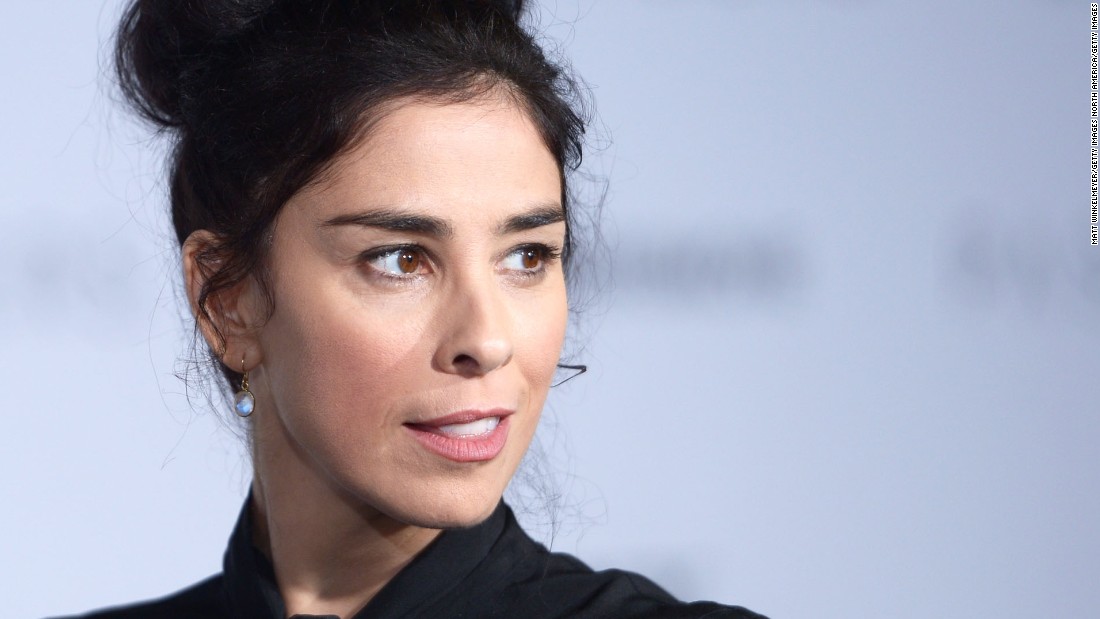 (CNN)In “Battle of the Sexes,” Sarah Silverman plays a woman who stands with tennis champ Billie Jean King in the fight for women’s rights, and in real life, the actress and comedian applauds other sports figures she thinks are taking similarly worthy stands.

King, an advocate for equal pay for female athletes, battled Bobby Riggs in a 1973 tennis match that fueled a dialogue about the rampant sexism in sports and around the country.
RELATED: ‘Battle of the Sexes’ cast knows the equality fight rages on
More than 40 years later and on the same weekend a film about King’s efforts was released, the conversation about athletes and advocacy remained timely.
At a rally on Fridayfor Alabama Republican Senate candidate Luther Strange, President Donald Trump criticized players who take a knee during the national anthem and said National Football League officials should fire players who do so.

Former San Francisco 49ers quarterback Colin Kaepernick was the first player to use the pre-kickoff “The Star-Spangled Banner” as a form of peaceful protest. Last year, Kaepernick remained seated during the national anthem to bring attention to the spate of police violence that rocked the country.
RELATED: Emma Stone became ‘addicted to strength’ filming ‘Battle of the Sexes’
Trump’s comments led to a weekend of further displays of protest, as players from the Seattle Seahawks, Tennessee Titans and all but one player from the Pittsburgh Steelers chose not to go on the field during the national anthem. Dozens of players kneeled in silent protest during the national anthem on Sunday and images of football players locking arms in solidarity were seen on TV and on social media newsfeeds
Silverman, who plays World Tennis magazine founder Gladys Heldman in “Battle of the Sexes,” spoke to CNN prior to Trump’s comments about the NFL and the protests this weekend.

Emma Stone, Steve Carell on ‘Battle of the Sexes’ reunion

But Silverman is no stranger to diving into political waters herself. She stars in a forthcoming show on Hulu called ” I Love You, America,” for which the comedian traveled the country while exploring various divisive issues. The experience has been eye opening, she said.
“I went to towns that 87% of the town voted for Trump, and when you’re face to face, you see a person and they see a person,” she said. “And not until those porcupine needles go down can change happen at all, you know? When our defenses are up…no progress can happen.”
Silverman she’s inspired by people like King, who use their platform to promote progress, despite the risks involved.
“Whenever someone does that, I’m really in awe,” she said. “And I see someone like Colin Kaepernick now, and I’m in awe of that. It’s heroic.”