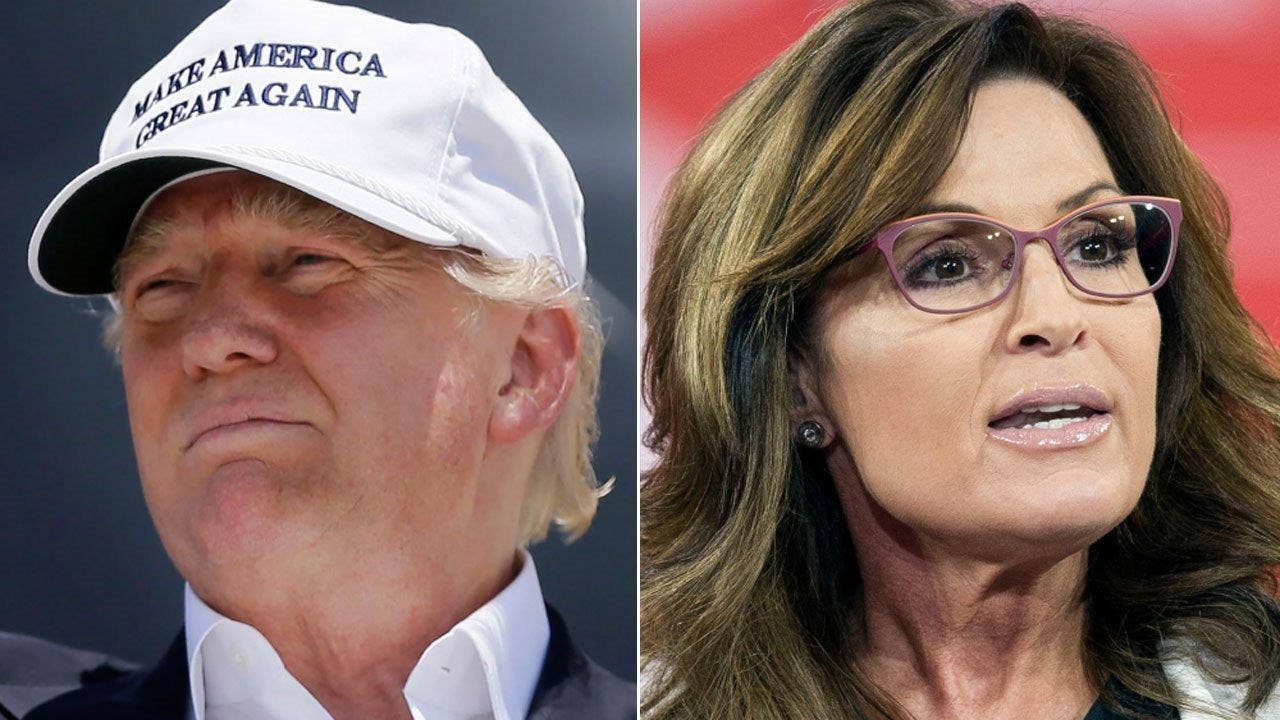 Former vice-presidential nominee and governor of Alaska Sarah Palin made her first foray into the 2016 presidential race Tuesday by announcing she is endorsing Donald Trump.

“I am proud to endorse Donald J. Trump for President of the United States of America,” Palin said in a statement from the Trump campaign announcing the endorsement.

She later appeared alongside Trump at a campaign event at Iowa State University in Ames, Iowa

Youre putting relationships on the line for this country because youre willing to make America great again, she said at the rally. I am here because like you, I know its now or never.

Im in it to win it because we believe in America, she added.

Shes the woman that from day one I said I needed to get her support, he said.

Palin, who became a symbol of the Tea Party movement following the 2008 presidential election, is the highest-profile backer for a Republican contender so far in the race.

In her endorsement speech, Palin praised Trump for bringing up controversial issues to create a good, heated primary, while taking aim at what she called establishment candidates in the race.

Theyve been wearing political correctness kind of like a suicide vest, she said.

The endorsement comes less than two weeks ahead of the critical lead-off Iowa caucus, where Trump is locked in a dead heat with Texas Sen. Ted Cruz.

In the statement announcing the endorsement, Trump’s campaign described Palin as a conservative who “helped launch the careers of several key future leaders of the Republican Party and conservative movement.” The statement also quoted Cruz as once saying he “would not be in the United States Senate were it not for Gov. Sarah Palin…She can pick winners.”

Campaigning in New Hampshire, Tuesday, Cruz responded to Palin’s endorsement of Trump, saying “regardless of what Sarah intends to do in 2016, I will remain a big, big fan of Sarah Palin.”

Palin is expected to join Trump on Wednesday for campaign events in Norwalk, Iowa and Tulsa, Okla.

Even with a record number of candidates and internal calls to become more inclusive as a party, Donald Trump and Sarah Palin remain two of the GOPs most influential leaders,” Mark Paustenbach, Democratic National Committee Press secretary, said in a statement responding to the endorsement.

“Their divisive rhetoric is now peddled by everyone from Ted Cruz to Marco Rubio.  Americans deserve better than what Trump and Palin have to offer, but it seems like the other Republican candidates would rather follow in their footsteps, the statement continued.

Palin’s endorsement was not the only one Trump received Tuesday. While campaigning at Iowa’s John Wayne Birthplace Museum, he received an endorsement from the western film actors daughter, Aissa Wayne.

Wayne said the country needs a strong and courageous leader like her father, and that he would be offering his endorsement if he were still alive.

Trump said he was a big fan of Wayne and that the actor represented strength and power which, he said, the American people are looking for.