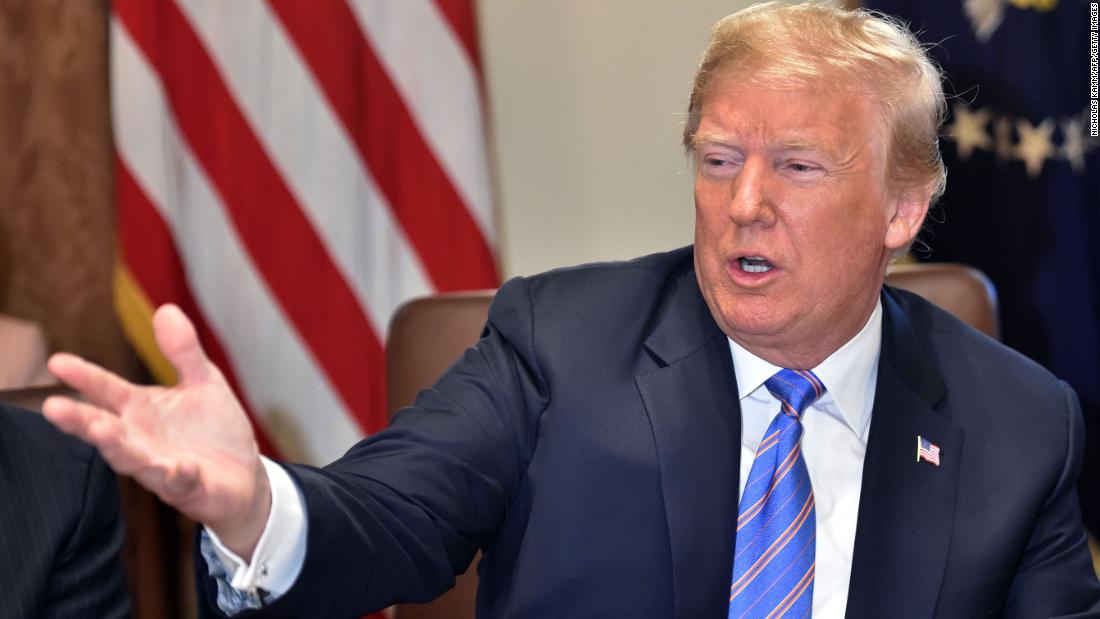 Washington (CNN)The reverberating fallout from President Donald Trump’s much-maligned meeting with his Russian counterpart took a new twist on Wednesday when the President appeared to contradict his intelligence chief by saying Moscow is no longer targeting the United States.

But Trump himself declined an opportunity to clarify his remarks when questioned by reporters on the White House South Lawn.
It amounted to another day of shifting stories and confusing positions for a President whose ties to Russia are under scrutiny, and whose deference to Russian leader Vladimir Putin has garnered widespread condemnation.
Speaking during a Cabinet meeting at the White House, Trump was asked by a reporter if Russia was still targeting the US.
“No,” he responded, looking directly at the reporter. The President’s answer was the latest in a series of changing statements about whether he endorses the US intelligence community’s conclusions about Russia’s interference in the 2016 election and its continued efforts to disrupt future US elections. 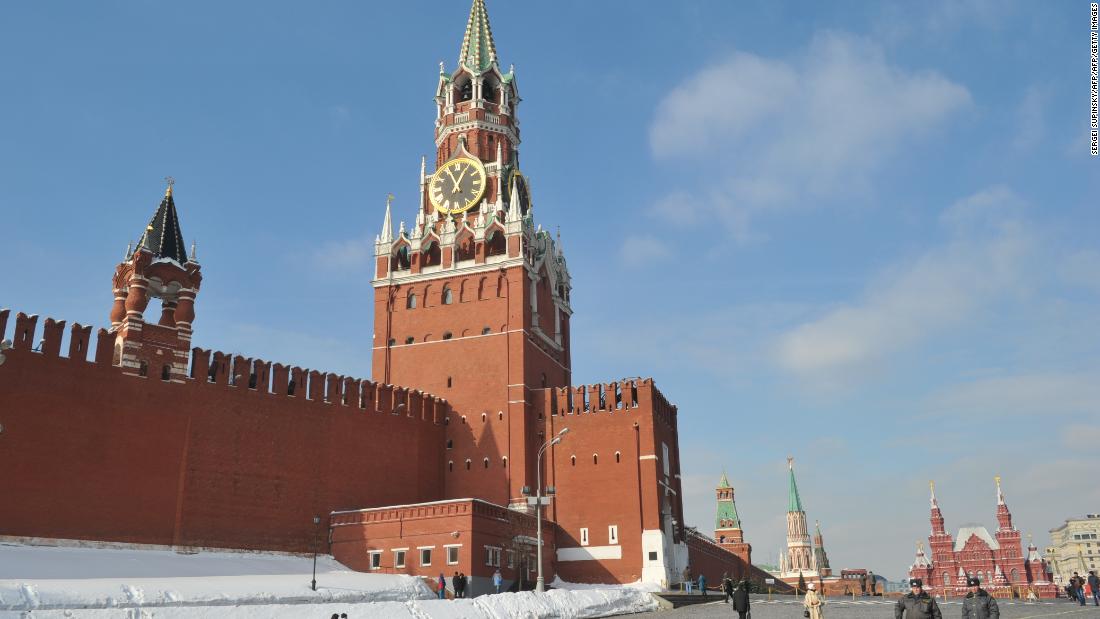 Asked about the comment later, White House press secretary Sarah Sanders said the President was declining to answer shouted questions when he said “no,” and not disputing intelligence findings.
“The President said ‘thank you very much’ and said no to answering questions,” Sanders said. “The President and his administration are working very hard to make sure Russia is unable to meddle in our elections.”
She said Trump does believe Russia poses a current threat.
“We certainly believe that we are taking steps to make sure they can’t do it again,” she added. 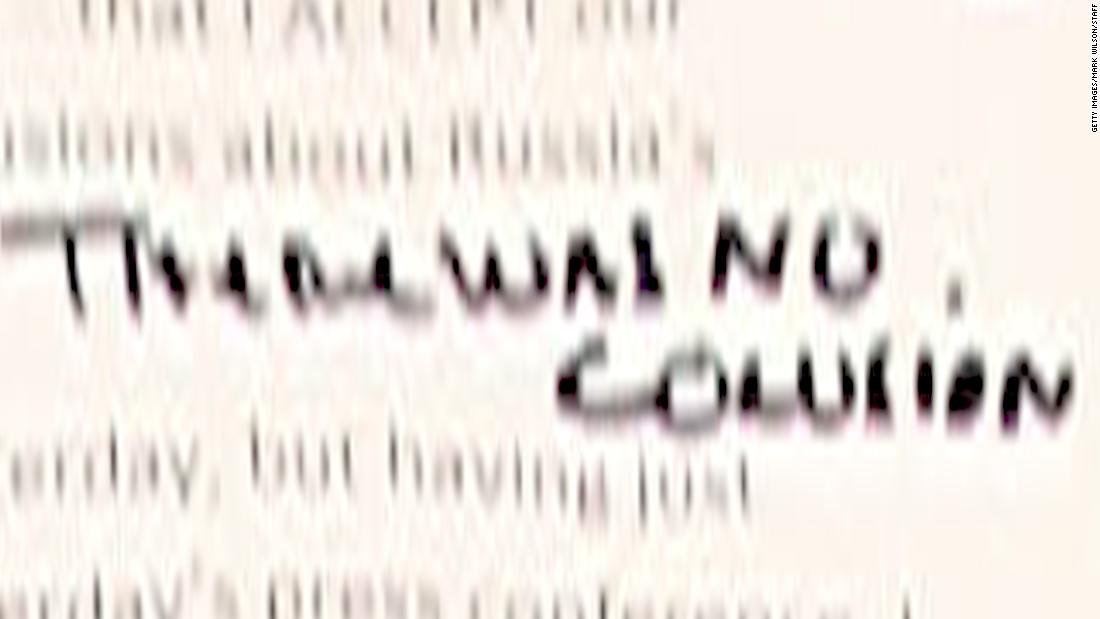 On Monday, Trump’s director of national intelligence, Dan Coats, emphatically said that Russia’s attempts to attack the US were ongoing.
“We have been clear in our assessments of Russian meddling in the 2016 election and their ongoing, pervasive efforts to undermine our democracy,” Coats wrote in a statement released after Trump appeared to side with Putin, rather than US intelligence agencies, on who was to blame for the election interference.
Two days earlier, Coats was more forceful in his warnings that Russia and other countries would continue their attempts to breach US systems.
“The warning signs are there. The system is blinking. It is why I believe we are at a critical point,” Coats said on Friday. “Today, the digital infrastructure that serves this country is literally under attack.”
He compared the “warning signs” to those the United States faced ahead of the September 11 terrorist attacks, and named the “worst offenders” as Russia, China, Iran and North Korea — with Russia the “most aggressive foreign actor, no question.”
“They continue their efforts to undermine our democracy,” Coats said.
Trump’s remarks on Wednesday are not the first time he’s brushed against US intelligence assessments of the 2016 election meddling. He has repeatedly suggested that other actors may have been involved, including on Tuesday when he worked to clean up his remarks from Helsinki.
“I accept our intelligence community’s conclusion that Russia’s meddling in the 2016 election took place,” he said, reading from prepared remarks, before adding: “Could be other people also. A lot of people out there.”
On Wednesday, Trump continued his efforts to put a positive spin on his Helsinki appearance, which drew condemnation across the political spectrum.
“We’re doing very well, probably as well as anybody has ever done with Russia. There’s been no president ever as tough as I have been on Russia,” he said.
“I think President Putin knows that better than anybody, certainly a lot better than the media,” Trump added. “He understands it and he’s not happy about it and he shouldn’t be happy about it because there’s never been a President as tough on Russia as I have been.”

If Trump’s appearances over the past two days were meant to quell the outcry, however, his assertion that Russia is no longer targeting the US did not help.
South Carolina Republican Sen. Lindsey Graham, a confidant of Trump’s, said on Twitter that there was “A BIG discrepancy between President Trump’s statement and DNI Coates’ warning,” and expressed disagreement with Trump, saying, “My personal view: the Russians are at (it) again.”
And Senate Democratic Leader Chuck Schumer quickly criticized the President’s comment, tweeting, “Mr. President. Walk this back too.”