Despite efforts of prominent African American supporters and actor Danny Glover, eclectic crowd of 6,000 was mostly white and included man in bear suit 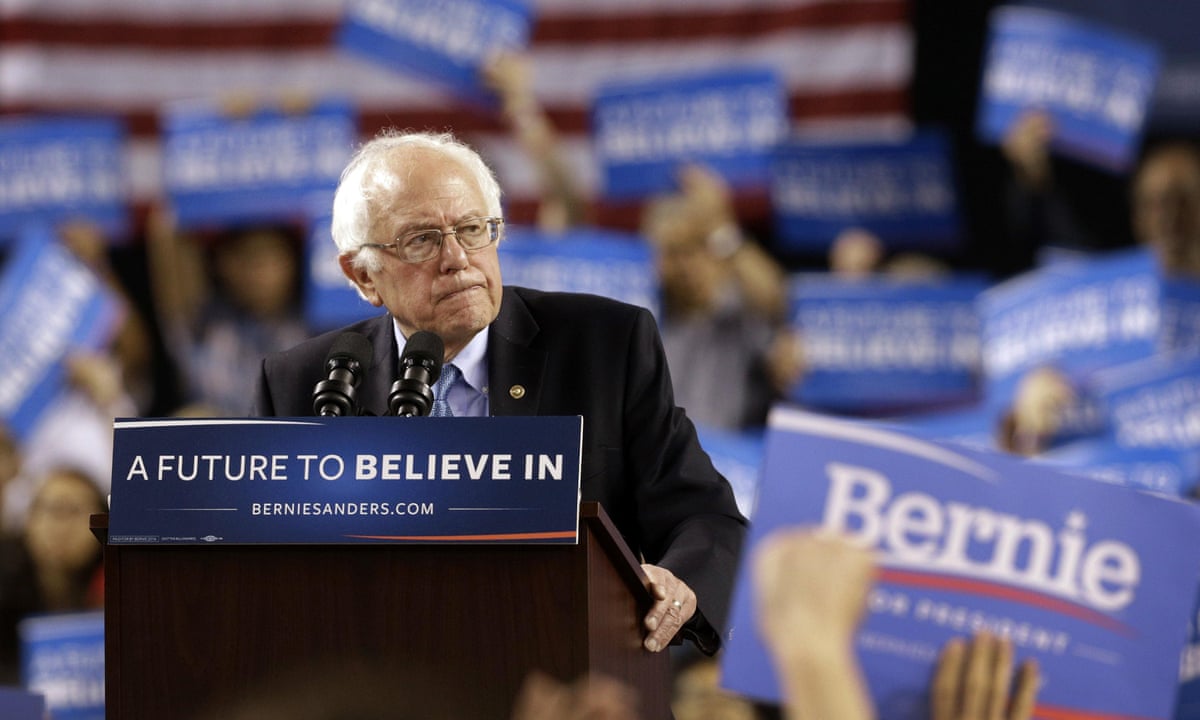 A year to the day that the first people were arrested in protests over the death of Freddie Gray, a black man whose death in police custody later set off riots, Bernie Sanders brought his political revolution to Baltimore.

Sanders, who was preceded by a former head of the NAACP, a prominent local pastor and the actor Danny Glover, tried hard to convince African Americans that he was attuned to the problems of a majority black city with a history of racial tension. But the crowd of about 6,000 was mostly white.

Despite the efforts of prominent African American supporters and many mentions of his long support for the civil rights movement, Sanders campaign has struggled and sometimes failed spectacularly to appeal to African American voters. Exit polls have shown black voters favor Hillary Clinton by lopsided margins around the country, and the former secretary of state won among African Americans in New York by a 3-to-1 margin on Tuesday.

Kwame Rose, a local activist speaking before the candidate, used the imagery of civil unrest to rally attendees: Last year we took to the streets, but it is up to us to take to the polls in Baltimore.

In contrast, Sanders made no allusions to the protests and riots that shook the city a year ago. Instead he gave his stump speech, replete with attacks on the 1% and boasts about an average donation of $27. His only deviation away from the theme of inequality was to read off statistics about income gaps in Baltimore, and a remark that several neighborhoods in Baltimore had higher infant mortality than the West Bank in Palestine.

He insisted that his campaign is listening to an African American community.

They are asking a simple but profound question, he said: How do we always seem to have trillions of dollars for war in Iraq or elsewhere but dont seem to have money in inner cities?