There is no justification for the US action. All sanctions will do is cause suffering for innocent people, says Guardian columnist Afua Hirsch 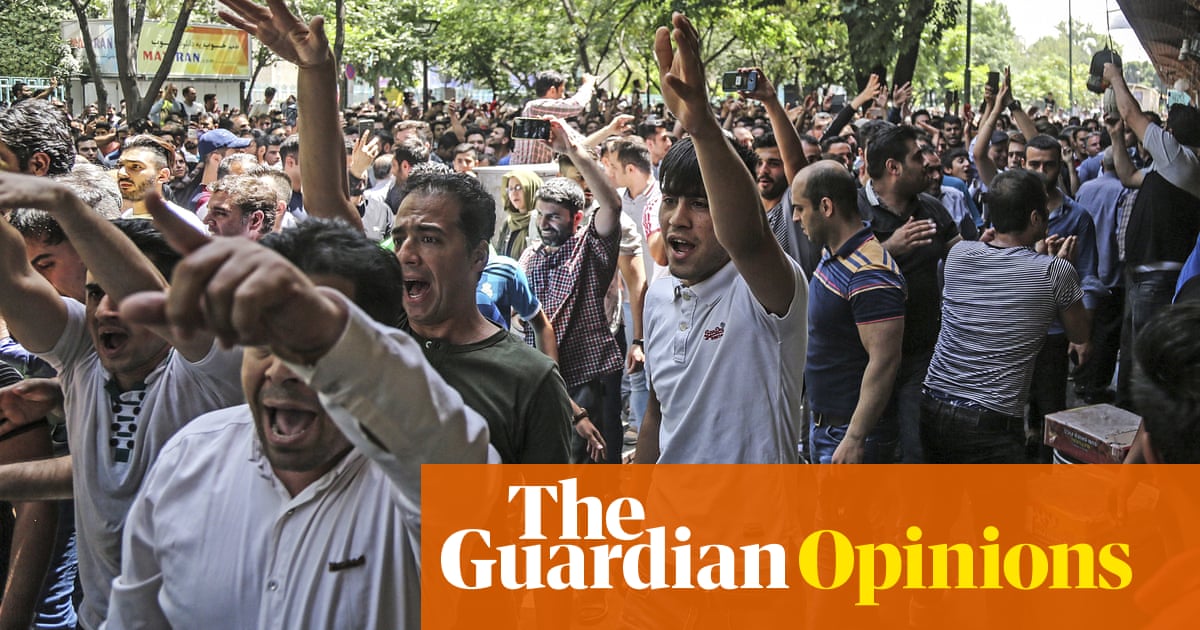 More than a decade ago, when the dust had settled on their disastrous implementation in Saddam Hussein’s Iraq, sanctions began to be described as the new emergency response to international incidents. They had become a kind of knee-jerk reaction. Sanctions were imposed by the international community during the war in Yugoslavia in the 1990s, in Haiti after a military coup ousted the elected president Jean-Bertrand Aristide in 1991, and the US had long used a trade embargo against Cuba’s communist regime. Like emergency numbers, sanctions were in danger of being used too much.

America’s latest sanctions, courtesy of Donald Trump, fall on Iran this week. Iranians are braced for a massive hit to manufacturing, commodities, energy and finance, with consequences for all aspects of ordinary life. The economy is already tanking with the currency falling.

No advocate of human rights, civil liberties and due process would defend the current regime in Iran – with its history of abuses, of clamping down on press freedom, of persecuting minorities and of failing to offer democratic protections and due process. The fact that the US claims the moral high ground when it comes to human rights and civil liberties, including press freedom, is one of the reasons why Trump’s own attacks on the media have been so horrifying.

Sanctions are so common a tactic now that we question their utility but rarely their morality. Take Obama, for example, who imposed sanctions on Iran between 2010 and 2012, that – like this new round for 2018 – severely penalised Iranian companies and isolated the country from the international financial system. These were sanctions, Obama insisted – before later negotiating the Joint Comprehensive Plan of Action (JCPOA) – that promised to denuclearise Iran, and could “strike at the heart of the Iranian government’s ability to fund and develop its nuclear program,” but they were also “smart”. Sanctions, described as “smart”, are aimed at the elite and those “who commit serious human rights abuses,” while exempting technologies “that allow the Iranian people to access information and communicate freely”.

“Smart” branding sounds impressive but is often too good to be true. Under Obama’s sanctions, the percentage of Iranian families living in poverty almost doubled, millions were left without access to essential medical treatment, and child marriage – according to one measure – rose by a fifth, as struggling families pulled their girls out of school and married them off to alleviate extreme financial hardship. Sanctions that seem unrelated to innocent civilians often have unforeseen consequences, like the almost 2,000 Iranians who have died in plane crashes since the country’s isolation from the international community began to limit access to spare parts.

The moral argument for sanctions is a tough one. For them to have any chance of achieving their aim, which is usually regime change, they will inevitably result in the widespread suffering of ordinary people.

When is this justified? First, when there is consent. Take apartheid South Africa, the moral desolation of which needs no elaboration. It should be a source of shame for both the US and the UK that our two nations stood alone in the security council well into the 1980s opposing sanctions on apartheid. In the UK’s case, the then foreign secretary John Major memorably claimed that sanctions would only “feed white consciences outside South Africa, not black bellies within it”.

Progressive voices within South Africa and those in exile, especially those in the incredibly effective international coalition of anti-apartheid campaigners, not only wanted but actively lobbied for sanctions, enduring arrest and detention in their attempts.

Where are the progressive Iranian voices – the future, democratic goverment that the US has surely learned it must identify before attempting to remove the current regime – that actually welcome these sanctions? If the objective is the empowerment of the civilian population, what has the US done to listen to the authentic judgments of those who represent them?

It hasn’t done this because these sanctions are more about US interests than they are about improving the lives of ordinary Iranians. This hardly comes as a surprise, but it could well fail on its own logic. While the US is alienating the Iranian people – who will bear the brunt of the widespread hardship, unrest, and economic turmoil – all the signs are that the regime will survive. Quite apart from the question of whether Iran actually did anything in violation of the JCPOA that would justify this new round of sanctions, these measures are likely to increase, not weaken, state control if the recent history of Obama-era sanctions are anything to go by. They drove out legitimate middle-class businesses and helped the state monopolise the economy; exactly the opposite of what the US wants. Sanctions cannot be justified if it’s already apparent that they won’t work.

Sanctions that don’t meet the criteria of consent and effectiveness create unintended consequences. This should come as no surprise. The United Nations’ oil for food programme, instituted in 1990s Iraq in the wake of the first Gulf war, let Saddam Hussein’s regime sell oil in exchange for food and medicine without allowing it to boost its military capabilities. Yet it is estimated to have killed 500,000 children, and helped make the dictator the problem that prompted another disastrous military intervention.

Causing destitution rarely makes the world a better place. Sanctions are a form of violence, which means that, as with other uses of force on the world stage, there should be a high bar to justify their imposition. Before dialling that emergency number, states wishing to impose them should be certain of their practical efficacy, and confident that the civilian price that will be paid is morally justified. It’s hard to see how Trump’s Iran sanctions pass either test.

• Afua Hirsch is a Guardian columnist