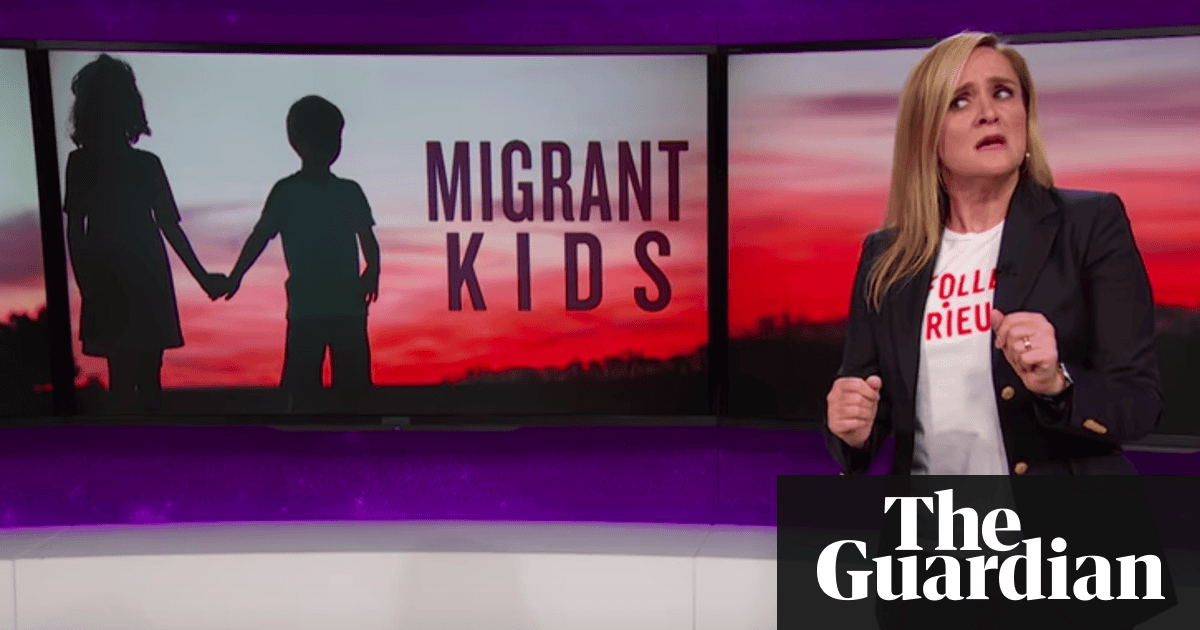 Late-night hosts on Wednesday addressed the backlash to Donald Trump’s policy of separating children from their parents at the border, which led to the president signing an executive order saying families will instead be detained together.

“If, like most people, you’ve been feeling a little uncomfortable with our new pre-K presence, good news, the president fixed it with the next worse thing,” began Samantha Bee, who showed footage of Trump signing the executive order while falsely claiming family separations have been taking place for 60 years.

“I am happy that at least these kids are theoretically going to stay with their parents, but Mommy and Me jails are not a solution, they’re not new and they’re not legal,” Bee explained, referencing the 1997 Flores consent decree which states governments must keep migrant children in the “least restrictive conditions” possible.

“The leading bills in the Senate and the House also consider indefinite family detention to be a solution, and some Democrats have gone on record saying they’re willing to vote for it,” Bee noted. “Any solution to this problem has to start from the premise that children should not go to jail. I know, I know, I’m such a radical leftist.”

The host then summarized the myriad and contradictory justifications the administration put forth to defend their policy, ranging from the false claim it was passed by the Democrats to the notion “it is biblical to enforce the law”.

“Oh, it’s so clear now!” Bee joked. “Democrats made the law, which was in the Bible, which is fair because these children are tricking the government into separating them from their parents, and also they are simultaneously separated and not separated, just like Donald and Melania.”

“After weeks of tearing families apart at the border and then falsely insisting that only Congress could solve the problem, this afternoon the president looked deep into his heart and realized it was not there,” the host continued.

“However you slice it, Donald Trump has changed his mind and decided to keep families together,” Colbert added, showing footage of Trump saying “we’re gonna have a lot of happy people” due to his executive order.

“Happy people?” the host replied. “Wait, are you signing your resignation?

“Trump made it a big signing ceremony to make it look like he did something good instead of admitting he was just ending the very thing he started,” Colbert added. “This executive order is not what he wants you to think it is. Sure, he’s reuniting families … in prison. He’s detaining parents and children together.”

Colbert then mimicked the president: “Look, if I have to go to prison with my kids, so do you.”

“The Trump administration policy of separating families at the border,” he said. “It has rightfully outraged pretty much every decent human being and Ted Cruz.”

Referring to the executive order, Noah said: “On it’s face, it seems like president Trump has decided to back down which, to be honest, isn’t totally surprising. Every day, the family separation stories have gotten worse and worse.”

It began, the host explained, with reports about children and parents being separated at the border, then images of the cages in which they’re kept, followed by coverage of the “tender age” shelters in which babies were being kept.

“Yesterday people found out that the federal government was snatching children as young as eight months from their parents,” the host noted.

He then mentioned secretary of homeland security and “Cinderella’s step-sister”, Kirstjen Nielsen, who became the face of the policy and was shouted out of a Mexican restaurant by those protesting family separation.

“This is the one time someone actually wanted a mariachi band to come to their table,” Noah said, adding that “it’s not a good look to torment Latino kids and then go and get your taco Tuesday on”.

“Right now, no one really knows how Trump’s executive order will actually work,” he said. “It has loopholes that could allow separations to continue, it says nothing about the kids who have already been taken, and the whole thing might not even be legal.”