Beginning with the inauguration of Obama and ending with the election of Trump, Salman Rushdies latest novel is an intimate portrait of New York. The author talks about the journey from hope to despair and always feeling an outsider 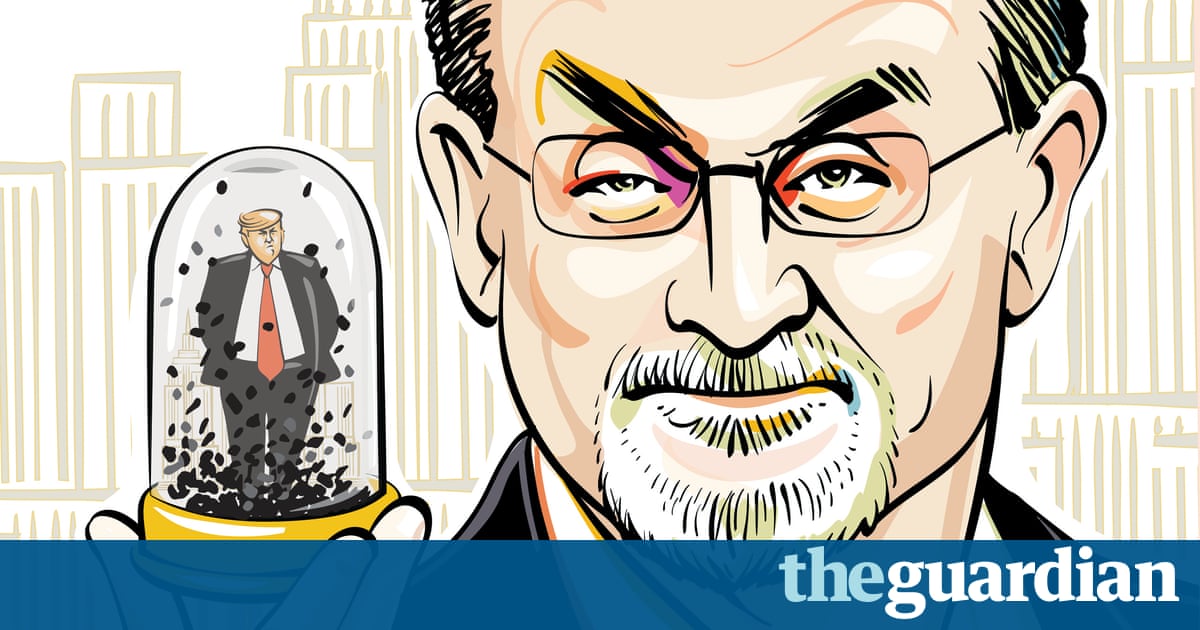 The image that came to Salman Rushdie, around which he would build his new novel, was an enclosed garden in downtown Manhattan. It is a space that exists in real life (although, as one of the characters in The Golden House observes, real life is a category from which it is increasingly hard to distinguish less reliable entities) and with which Rushdie is familiar; old friends inhabit one of the houses backing on to the garden. “The idea of there being a secret space inside this noisy public space,” he says. “I had this lightbulb moment that it was like a theatre – with a Greek tragedy, amphitheatre quality – where the characters could enact their stories. It also had a Rear Window quality, of being able to spy on everybody else’s lives. At that point, the Golden family decided they wanted to move in.”

We are in the offices of Andrew Wylie, Rushdie’s agent of 30 years – “my longest relationship!” he says gleefully – a mile north of Rushdie’s apartment in lower Manhattan. He is looking particularly Rushdie-esque today: part rumpled intellectual, part something less sober. At 70, Rushdie has had more public incarnations than most writers of literary fiction – brilliant novelist, man on the run, subject of tabloid scorn and government dismay, social butterfly, and, in that singularly British designation, man lambasted for being altogether too Up Himself – but it is often overlooked what good company he is. His humour this morning is not caustic, nor ironised, nor filtered through any of the more protected modes of engagement, but is a kind of jolliness – a giggly delight – that simply makes him a good laugh to hang out with.

The Golden family are transplants to New York from Mumbai (or “Bombay” as the author continues to call it in conversation, with what feels like particularly Rushdian obstinacy), an outlandishly wealthy father and his three dysfunctional sons in flight from a personal tragedy; the loss of their mother during the 2008 Mumbai terror attacks. We never discover their “real” names; on arriving in the US, the patriarch renames himself Nero Golden – Rushdie, anticipating a collective eye-roll perhaps, points out in the novel this is no more ridiculous a name than Huckleberry Finn or Ichabod Crane – and tests the principle that the US is a place where one can leave one’s past at the door. It is an issue with which Rushdie is intimately familiar; the split in identity, the ability to shed one’s skin after a trauma and potentially skip off scot-free, and he explores both the impossibility and, ultimately, the undesirability of this. That the novel opens with the inauguration of Barack Obama and closes with the election of President Trump, “the Joker” as Rushdie brands him, is the novelist’s reminder there is no progress in history that can’t be undone.

The week of our meeting last month, reverberations from the fascist march in Charlottesville are still being felt, along with myriad other stories from Trump’s White House. “I remember when there wasn’t that much news,” says Rushdie, “when the biggest news of the day used to be that Charlie Sheen did cocaine. Now there are 10 colossal news stories a day.” It would seem to be a bad time to be a novelist and if Rushdie’s new novel seeks to compete with real life, it is by retreating from the polemicism of so much news and social media to get inside a non-partisan reality.

There are a lot of topical references in The Golden House – from “no-platforming” and illiberal campus activism to the transgender debate and other iterations of identity politics, which Rushdie approaches as symptoms of a broader cultural change. “In America when you talk about identity issues, at the moment a lot of that is gender identity. If you’re in England, there’s this other argument about national identity, which was behind the Brexit catastrophe; and in India, when people talk about identity, they’re really talking about religious sectarianism. In all three places, the identity subject is colossal but it is understood completely differently. I was thinking about that, too.”

Although Rushdie is of a vintage inclined to get grumpy about aspects of the gender identity debate – the suggested replacement of he/she with a spectrum of alternative gender markers – he tried to remain open-minded. “I wanted to approach the subject completely not judgmentally, just get into it. What is it? All this language stuff. The 73 pronouns, all of that. I’m a writer, I should know this. The point was to enter into it as seriously as I could and present it without preachiness. And I think in real life that’s what’s happening; people are wrestling with it. And they don’t always resolve it properly for themselves.”