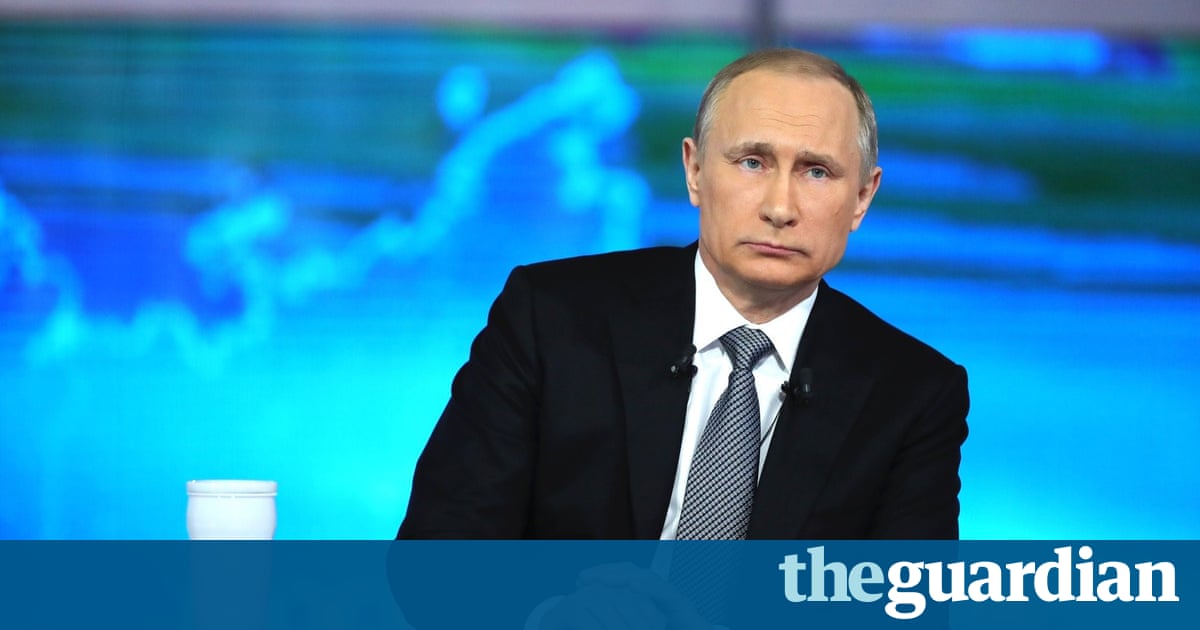 Nationalism always breaks its promises because nationalists hate enemies in their countries more than they hate the enemies of their countries. Millions of American conservatives proved it when they voted for Donald Trump, even though he was an open admirer of a hostile foreign power.

Local hatreds, not national security, moved them. They hated Obama more than they feared Putin. They hated political correctness. They hated not without reason the attacks on freedom of speech. They hated rich liberals and defence lawyers. They hated Black Lives Matter and immigrants speaking Spanish in the shop queue. They hated the experts who told them that fossil fuel caused global warming and gun ownership caused crime. For all their patriotism, when it came to the crunch, they cared as little for national security as the reds their ancestors condemned in the 20th century.

You should never lose your capacity for shock. Even connoisseurs of the grotesque have had to take a deep breath and count to 10 after watching the Republican president-elect of the United States preferring the word of Julian Assange to the word of his own intelligence agencies. That Assange is cowering from rape charges in the basement of the Ecuadorian embassy, and maintaining that the same United States would persecute him if he emerged to face his accusers like an honourable man, only made the task of regaining your composure harder.

If that is not enough for you, consider that the CIA once inspired fear around the world. Now it is so feeble it cannot stop a Russian plot in plain sight to manipulate a US election. The FBI once harassed real and imagined communists it claimed were in the pocket of the Kremlin. In 2016, its director intervened on behalf of the Kremlins chosen candidate in the US presidential election. Russian enmity is hardly a secret. Watch Putins propaganda station, RT, which Ofcom believes to the amazement of all serious journalists to comply with Britains rules on broadcasting accuracy and impartiality, and you see that the regime hates the west and uses anti-western conspiracies to explain away its thefts and crimes.

Shocking though the fellow travelling of the useful idiots of the right is (and what a pleasure it will be for western leftists of a certain age to throw back the insults conservatives once threw at them), it is not wholly incomprehensible. A large cohort of Cold War conservatives did not oppose the godless communist dictatorships of the Soviet Union and its satellites because they were dictatorships but because they were godless. Russia may be a dictatorship again, but the atheist state has gone and it is a godly dictatorship now that Putin has embraced the Orthodox Christianity of the tsars. To further endear himself to conservatives, he persecutes homosexuals and denounces the liberal values that threatened his rule in the street protests of 2012 so vehemently his ideologue Alexander Durgin could say the world needs a Nuremburg Trial for liberalism.

Naturally, such support for the conservative side in the culture wars has not gone unnoticed or unappreciated.

Above all else, the wests Christian right or as they now call themselves the civilisational right welcome Putin as an unapologetic foe of Islam. From 9/11, western politicians from George W Bush and Tony Blair onwards bent over backwards to say that the west is not in a war against Islam. Putin, Trump and their supporters feel no such constraints. Trumps choice for national security adviser, General Michael Flynn, says fear of Muslims is rational and that Islam is like cancer.

He sees Russia as the wests partner against radical Islam just as it was its partner against Hitler. Meanwhile, Trumps chief strategist, Steve Bannon, talks about the long history of the Judeo-Christian wests struggle against Islam and also says we have to look to Putin and a Russia that, from Sarajevo to Aleppo, has endorsed the slaughter of Sunni Muslims. Following the money is not always the best advice. However much Trump, Le Pen and their henchmen may have taken from Russia, the authoritarian right in the west and the authoritarian right in the Kremlin would have been natural allies, even if no roubles had changed hands.

In these circumstances, the support of the Labour leadership, Stop the War and the American Green party for Russian imperialism is incredible. Perhaps we should stop condemning the hypocrisy and malice of the far left and conclude it is just astonishingly stupid. The simplest explanations are often the best, after all.

Less easy to explain away is the unprecedented dilemma now facing Britain. Whatever else you can say against Theresa Mays government, neither she nor her senior colleagues or civil servants want to follow Trump, Le Pen and Farage. When the Economist journalist Edward Lucas, who first warned of a new Cold War a decade ago, speaks in Whitehall these days the lecture rooms are packed. Meanwhile, MI6 is falling over itself in an effort to recruit Russian specialists and the Foreign Office, which once saw Russia as a lucrative market for British business, has finally woken up to the danger.

Official Britain may not have yet produced a co-ordinated response. The essential question of how to tackle the City banks and law firms that launder money for the Russian kleptocracy has yet to be faced. But at least it understands Russias state-sponsored propaganda, invasions of Ukrainian territory and hack attacks are part of a coherent Kremlin campaign to demoralise and break up the west.

In the past, Britain would have looked to the US for support and leadership. Now, and with the worst timing imaginable, at the very moment when Brexit is tearing up our relationship with Europe, Britain has to wonder if America is still a reliable partner. Downing Street and the Foreign Office must deal with a US president who endorses every violation of US and international law the British government has denounced. Trump has proposed recognising the annexation of Crimea that Britain opposed. Rather than fear Russian cyberwarfare as Britain does, he so revels in it he encouraged Russia to hack Hillary Clintons emails.

Jonathan Powell, Blairs chief of staff, told me hes is not remotely surprised that a panicking Theresa May is sending her most senior advisers to meet Trumps team. Britains European alliance is in crisis and so is our American alliance. All the relationships we have relied on for decades may dissolve simultaneously. For the first time since 1941, a Britain isolated from Europe may have to regard the United States as a potentially hostile foreign power.