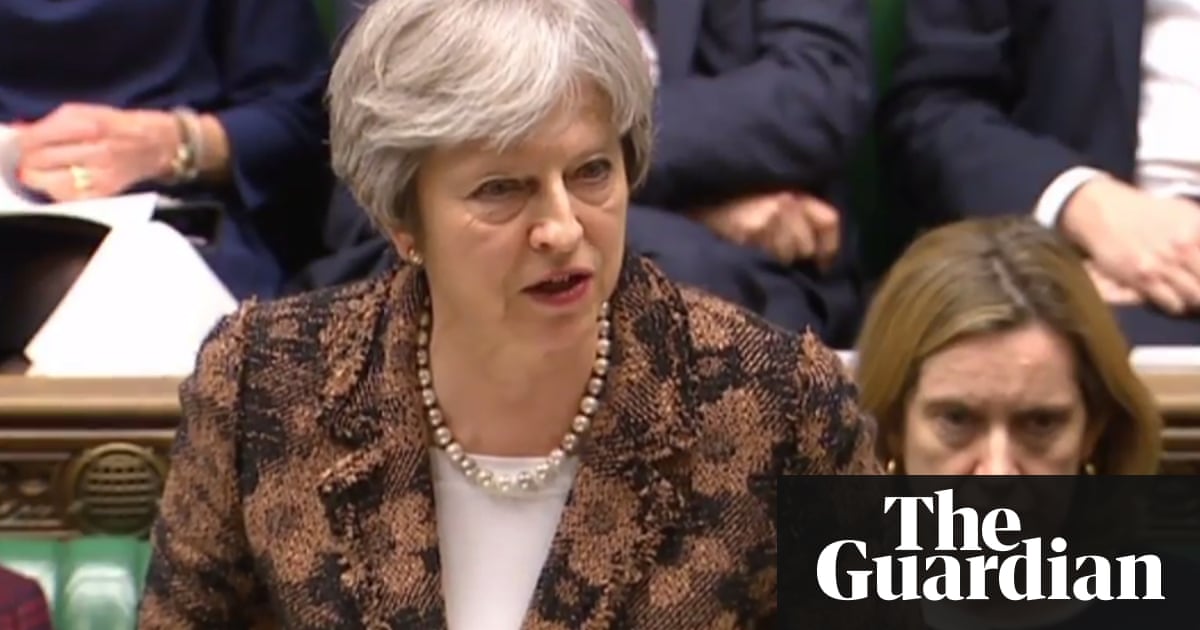 Theresa May has given Vladimir Putin’s administration until midnight on Tuesday to explain how a former spy was poisoned in Salisbury, otherwise she will conclude it was an “unlawful use of force” by the Russian state against the UK.

After chairing a meeting of the national security council, the prime minister told MPs that it was “highly likely” that Russia was responsible for the attack on Sergei Skripal and his daughter, Yulia. She warned that Britain would not tolerate such a “brazen attempt to murder innocent civilians on our soil”.

In a statement to the House of Commons that triggered an angry response from Moscow, the prime minister said the evidence had shown that Skripal had been targeted by a “military-grade nerve agent of a type developed by Russia”. Describing the incident as an “indiscriminate and reckless act”, she said that the foreign secretary, Boris Johnson, had summoned the Russian ambassador to Whitehall and demanded an explanation by the end of Tuesday.

Russian officials immediately hit back, with Maria Zakharova, the spokeswoman for the Russian foreign minister, calling the remarks “a provocation” and describing the event as a “circus show in the British parliament”.

Andrei Lugovoi, a Russian member of parliament who stands accused of the 2006 murder of the former Russian agent, Alexander Litvinenko, said May’s decision to point the finger at Moscow so quickly was “at a minimum irresponsible”.

Ministers on the national security council were told that the nerve agent used was from a family of substances known as Novichok. “Based on the positive identification of this chemical agent by world-leading experts at Porton Down, our knowledge that Russia has previously produced this agent and would still be capable of doing so, Russia’s record of conducting state-sponsored assassinations, and our assessment that Russia views some defectors as legitimate targets for assassinations, the government has concluded that it is highly likely that Russia was responsible for the act against Sergei and Yulia Skripal,” she said.

The prime minister said that left just two plausible explanations “Either this was a direct act by the Russian state against our country, or the Russian government lost control of this potentially catastrophically damaging nerve agent and allowed it to get into the hands of others.”

May made clear that she believed there was already “a backdrop of a well-established pattern of Russian state aggression” – listing the illegal annexation of Crimea, violating European airspace and a “sustained campaign of cyber-espionage and disruption”, including “meddling in elections, and hacking the Danish ministry of defence and the Bundestag, among many others”. She also spoke of the extrajudicial killing of terrorists and dissidents outside Russia and the murder of Litvinenko.

The home secretary, Amber Rudd, will chair a meeting of the government’s Cobra emergency committee in Whitehall at 11.30am on Tuesday to discuss the latest developments in the investigation.

May said the government would consider Russia’s response on Wednesday. “Should there be no credible response, we will conclude that this action amounts to an unlawful use of force by the Russian state against the United Kingdom,” she said, promising to return to the house with a full range of retaliatory measures.

“This attempted murder, using a weapons-grade nerve agent in a British town, was not just a crime against the Skripals. It was an indiscriminate and reckless act against the United Kingdom, putting the lives of innocent civilians at risk. And we will not tolerate such a brazen attempt to murder innocent civilians on our soil.”

The tough statement means that a major diplomatic row is looming between Moscow and London, with expulsions on both sides highly likely. Russia’s hardline ambassador to the UK, Alexander Yakovenko, may well be sent home.

The Labour leader, Jeremy Corbyn, responded by saying the whole house condemned the “deeply alarming attack” and that a full account was needed from Russian authorities.

However, he warned against a full breakdown of communications with Moscow. “We need to continue seeking a robust dialogue with Russia on all the issues currently dividing our countries, rather than simply cutting off contact and letting the tensions and divisions get worse and potentially even more dangerous,” he said.

Corbyn then began a political attack on the Conservatives, after reports that the party had accepted donations of more than £820,000 from Russian oligarchs since May took over the leadership. He asked why the government had not accepted a Labour-led amendment to the sanctions and anti-money laundering bill that would pave the way for so-called Magnitsky powers to punish human rights abuses with asset freezes and visa bans.