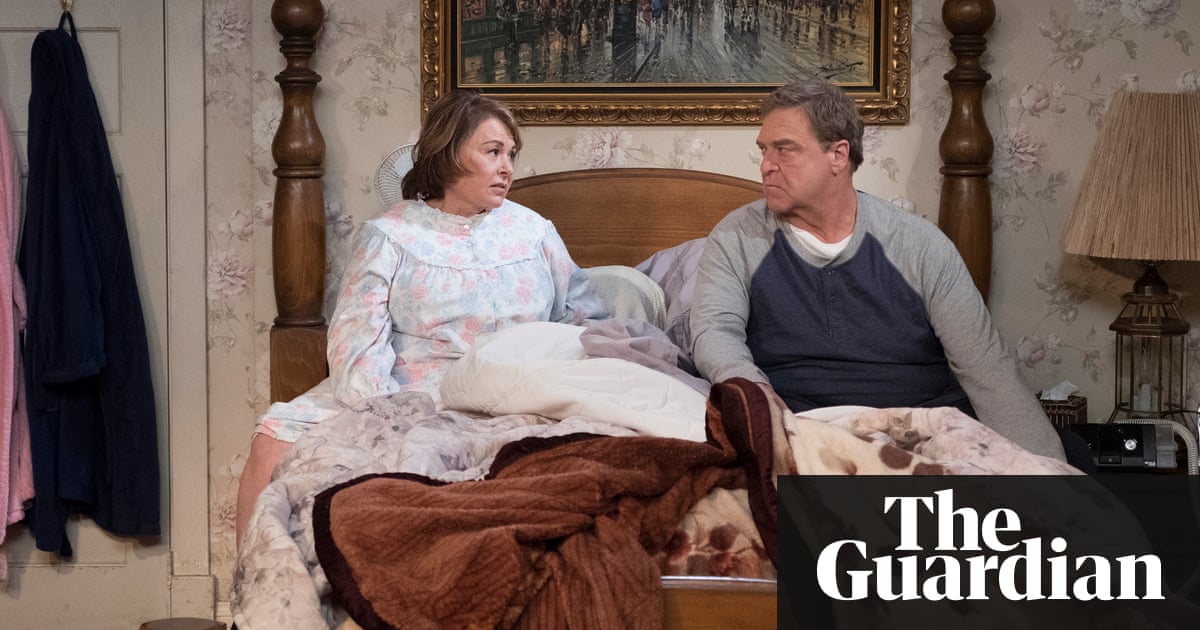 Roseanne Barr has blamed a tweet in which she compared an African American woman to an ape on the influence of sleeping pills.

The TV star, who falsely said that Valerie Jarrett, former adviser to Barack Obama, has connections to the Muslim Brotherhood, says her tweet was written after she had taken the prescription sleeping pill Ambien.

ABC, the network that airs the sitcom Roseanne, cancelled the show on Tuesday and said it would not be renewed for a second season after what it called “abhorrent” and “repugnant” tweets.

Barr has since defended herself, writing: “It was 2 in the morning and I was Ambien tweeting,” Barr tweeted. “It was Memorial Day too. I went too far and do not want it defended. It was egregious [and] indefensible.”

“I think Joe Rogan is right about Ambien,” she added, referencing the comedian and UFC host who described the drug as “scary stuff”. “Not giving excuses for what I did (tweeted) but I’ve done weird stuff while on Ambien: cracked eggs on the wall at 2am etc.”

Barr then wrote: “I apologise to Valerie Jarrett and to all Americans. I am truly sorry for making a bad joke about her politics and her looks. I should have known better. Forgive me – my joke was in bad taste.”

Late on Wednesday morning in the US, Donald Trump weighed in on Twitter, using the incident to attack the way ABC covers his presidency.

“Bob Iger of ABC called Valerie Jarrett to let her know that ‘ABC does not tolerate comments like those’ made by Roseanne Barr. Gee, he never called President Donald J Trump to apologize for the HORRIBLE statements made and said about me on ABC. Maybe I just didn’t get the call?” he posted.

Meanwhile, Barr has deleted the tweets and wrote “I blamed myself, not Ambien, stop lying.” after a Twitter user told her to stop blaming the drug for her actions.

Sanofi, the French company which makes Ambien, also tweeted about Barr’s comments. “People of all races, religions and nationalities work at Sanofi every day to improve the lives of people around the world,” it posted. “While all pharmaceutical treatments have side effects, racism is not a known side effect of any Sanofi medication.”

Barr will appear on Rogan’s podcast, The Joe Rogan Experience, this Friday. On Wednesday, Rogan tweeted a link to a Huffington Post story titled The Disturbing Side Effect of Ambien, the No 1 Prescription Sleep Aid.

Ambien is also known as zolpidem, which is part of the Z drug family, a group of medications designed to help people sleep.

The revival of Roseanne was the most popular US show of 2018, with an average of 18 million viewers per episode. The reboot’s debut episode attracted 27.3 million viewers, including those using on-demand services.

Barr is a vocal supporter of Trump and was reported to have received a congratulatory phone call from the president after the show’s successful premiere viewing figures, which were the highest opening for a network comedy in four years.

The show was expected to be a force at the Emmys, but the campaign has now been suspended by ABC. Meanwhile, the US streaming company Hulu, which created The Handmaid’s Tale, decided to pull reruns of the original series from its schedules.

Roseanne’s original 10-series run was widely praised for its depiction of a working-class family and for dealing with issues that millions of Americans wrestled with every day. “You are allowed to be poor on TV, you can even be poor and sympathetic, so long as you are demonstrably useless,” wrote the Guardian’s Zoe Williams when the revival was announced in 2017. “You’re just not allowed to be poor, capable and funny. That was the holy trinity that Roseanne embodied, able to mock her own weaknesses because of her palpable strengths.”

Danny Zuker, the executive producer of ABC’s Modern Family and a writer on the original Roseanne shows, was dismayed by Barr’s political allegiances. “Roseanne used to denounce nativism, racism and homophobia,” he tweeted on Tuesday. “Nauseating to see what she’s become.”

In a second statement she said: “Today my words caused hundreds of hardworking people to lose their jobs. I sincerely apologise to the audience that has embraced my work for decades.”

Barr’s agency, ICM Partners, has dropped her as a client. Co-star Sara Gilbert, who plays Darlene, condemned the tweets as “abhorrent”, and the actor and comedian Kumail Nanjiani tweeted: “I’m glad Roseanne is canceled. The backlash to its cancellation is going to be a deafening nightmare. Nothing good has come of this entire thing.”