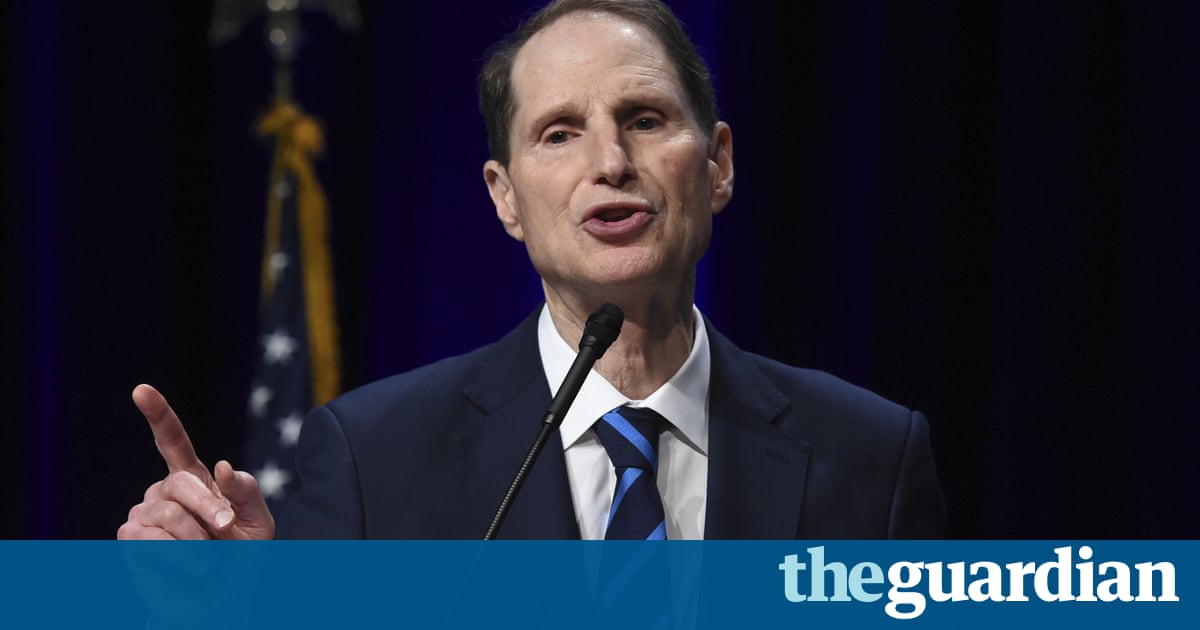 Ron Wyden is taking Donald Trump at his word.

Much of official Washington is wondering whether Trump will implement the agenda that won him the presidency. Some of Trumps defenders, like tech investor Peter Thiel, contend that Trump should not be taken literally.

But the Democratic senator from Oregon shows no signs of interest in that discussion. As perhaps the Democratic partys premier civil libertarian on Capitol Hill, his anticipation of the Trump administration starts from the perspective that the president-elect will govern as he campaigned: against Muslims, against immigrants, for torture, for surveillance. Wyden, from his perch on the intelligence committee, is preparing for a four-year battle.

Were going to have to make sure now that a political agenda doesnt replace a set of constitutional priorities. Thats the heart of it, Wyden said in an interview with the Guardian this week.

Wyden is one of the few national politicians who can plausibly claim to have fought national security abuses and championed civil liberties with equal vigor in the George W Bush and Barack Obama administrations. He is far more comfortable discussing policies or proposals than he is discussing personalities, opting to refer to Trump simply as the president-elect.

You look at some of what the president-elect has to say and it certainly ought to be a wake-up call from the standpoint of potential abuse of power, Wyden said.

A quote sticking in Wydens mind these days is one Trump issued in July after the Democratic National Committee hack, which US intelligence has blamed on Russia. Trump, discussing his political opponents, mused: Honestly, I wish I had that power. Id love to have that power. By 20 January, it will no longer be hypothetical.

Barely a week after the election, Wyden conceded that its probably early for strategy, but he said he has early priorities for racking up wins, in order to provide privacy, cybersecurity and civil-liberties advocates with the momentum needed to take on the Trump administration.

One is to block a measure Wyden said is still alive in the intelligence authorization bill that would provide the FBI with powers to scour Americans browser history without court oversight. There, his approach is straightforward: running the clock out on the current Congress and scour all these bills to see it doesnt get added to any other piece of legislation.But congressional inertia can cut against him as well.

On 1 December, an impending change to the federal rules of criminal procedure will vastly expand law enforcements ability to remotely hack suspect electronic devices, unbound by jurisdiction. Opponents have few options, as the change, known as Rule 41, will take effect if Congress does what it does best which is nothing, Wyden said. We understand our backs are against the wall. He and his allies, including Democratic senator Chris Coons and GOP senator Mike Lee, are attempting to delay the change.

When Trump officially takes over, the stakes will escalate. Perhaps most urgent is Trumps proposal to create a database of Muslims, which is just light years away from what you can debate is constitutional, Wyden said.

I will use my opportunities on the intelligence committee, as a member of the Democratic caucus, the bully pulpit that I have, to drive that message from one end of the country to another. That would be unconstitutional, Wyden said.

By the end of 2017 will come an epic fight against the intelligence agencies over surveillance. They will seek the renewal of an expiring legal provision, known as Section 702 of the Foreign Intelligence Surveillance Act, that permits a vast dragnet of data collection, to include Americans international communications.

Our fight to reform 702 also got a lot more important as the result of the election, Wyden said.

Similarly, he considers Trumps call this year to boycott Apple over its encryption battle with the FBI indicative of antipathy to privacy-protective cybersecurity.

Wyden said he will fight the Trump administration, and again, Democrats and Republicans in the Congress who propose weakening encryption; telling Vice he would filibuster any such effort.

Unprompted, Wyden anticipates relitigating the years-old fight against torture, an issue prospectively settled under Obama, though anything but when it comes to addressing the CIAs history. With Trump, were going to have to deal with that again. A first step he is planning will be attempting to ensure the committees landmark torture report isnt destroyed a very real possibility if it escapes legal limbo to return to a panel now controlled by report opponent Richard Burr of North Carolina.

Trumps allies are signaling that a legal prohibition on CIA torture enacted in 2015 is not an immovable obstacle. On CNN this week, Pete Hoekstra, a former House intelligence committee chairman, said, Thatd be a process youd have to work through with Congress, and youd probably do it in secret and you probably wouldnt do it through the public process.

It remains to be seen if Wyden would have access to such secret decisions, even from his perch on the intelligence committee. The Trump administration could revert to a process of keeping the full committee from learning most intelligence practices. Wydens very good relationship with incoming ranking panel Democrat Mark Warner of Virginia will become critical to those efforts.

Yet Wyden might have had Warners perch. He was next in line to take the ranking membership with Dianne Feinsteins departure, a move that would have strengthened Wydens opportunities for oversight over the intelligence agencies in the age of Trump enormously. Doing so would have meant he would have had to give up his position on the finance committee, and Wyden considered his potential loss of influence over healthcare, trade enforcement and technology policies too high a price to the consternation of some of his allies outside government.

In this horror show context, congressional oversight is more important than it has ever been before. We would have preferred Senator Wyden leave his chair on the finance committee and take the ranking chair on the intelligence committee. We need his experience, skepticism and diligence right now, and we need it badly, said Human Rights Watchs John Sifton.

Still, Sifton said, Wyden is a vigorous and vocal defender of civil liberties and human rights and has worked, often thanklessly, to prevent abuses and overreach by CIA and other agencies in the intelligence community.

While he has been able to forge coalitions with privacy-minded Republicans on discrete issues, Wyden has seen his stable of allies diminish in recent years. Mark Udall, who pushed for accountability on CIA torture, lost his 2014 re-election. Russ Feingold, the only senator to have voted against the Patriot Act, failed in his 2016 comeback bid. He can still count Rand Paul, the Kentucky Republican, as a partner on constraining surveillance.

Wyden acknowledged that there was a hope we would have some more like-minded members in the Senate who would be here, but he has vowed to mobilize should Trump govern as he campaigned.

We are going to mobilize, both in the Congress and in the country, around core constitutional values: speech, privacy, the sanctity of the courts.