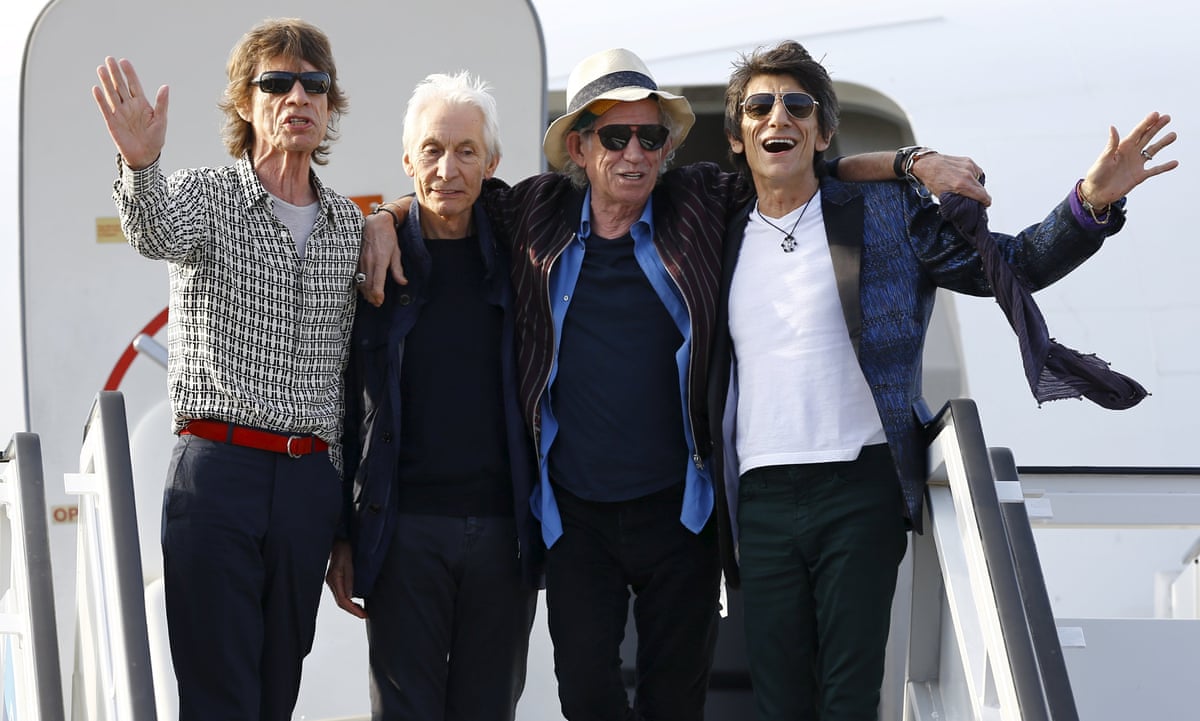 Even before Keith Richards hits the first chord in Havana on Friday night, the Rolling Stones are on course to make musical history with a massive gig that aims to cement socialist Cubas opening to the capitalist world.

The free concert by one of the planets richest bands is expected to attract more than 200,000 diehard fans and curious spectators to a field outside the Ciudad Deportiva de la Habana baseball stadium for an event that may go on record as the biggest concert ever seen on the island.

The political significance could be greater still. Coming just days after President Barack Obamas breakthrough visit and less than half a year after a tour by Pope Francis, the mega-event was expected to culturally reinforce efforts to end one of the planets last cold war conflicts.

But the meaning of the concert varied from generation to generation. Many young members of the audience, which began gathering on Thursday, admitted they were not familiar with the repertoire of the elderly British rockers, whose music was considered politically unsound during the early years of the revolutionary government.

Others of a more political, punkish bent expressed disappointment that the Stones had decided to play on the island before democracy was established. But the vast majority, including Cuban rockers and thousands of foreign fans, were simply there to enjoy a show that was expected to set a new benchmark for entertainment, as well as a moment in political and rock history.

The Rolling Stones released their first album in 1964, just two years after the Cuban missile crisis and the imposition of the US trade embargo. At the time, the United States targeted Havana for potential nuclear annihilation. Unsurprisingly, the Cuban government was less than enthusiastic about music from countries allied to Washington.

The Beatles and, to a lesser extent, the Stones were seen as examples of diversionismo ideolgico (ideological divergence) and a product of an enemy culture.

This did not stop their appeal to many young Cubans. Enrique Pl, an early member of Irakere and arguably Cubas best-known rock drummer, told the Guardian he listened to British bands, as well as Elvis Presley and Chubby Checker, despite the hostile atmosphere.

This carried risks. When he and his friends went to parties, they hid records by foreign bands inside the sleeves of Cuban musicians. Even this was not enough caution. Pl was expelled from the National School of Arts in the mid-1960s after the principal saw a newspaper article about his performance in a rock band. He was declared a bad example to other students and forbidden from joining an orchestra.

The shift came later. Very little rock music was played on the radio and TV until John Lennon released the politically driven Power to the People, which was approved by the Cuba government and heralded a change that continues to this day. (Lennon now has a park named after him in Havana complete with a statue on a bench).

It was so closed, but now it is incredible how much it has changed, said Pl. By coming here, the Rolling Stones concert here will take that to another level. It will be a masterclass for all the musicians, artists and people of Cuba. I think the Rolling Stones will also learn something. They may have their differences, but they will feel glad they stayed together long enough to play in Cuba. Of course, money is a factor. But its not the most important thing. Here, they will just feel happy.