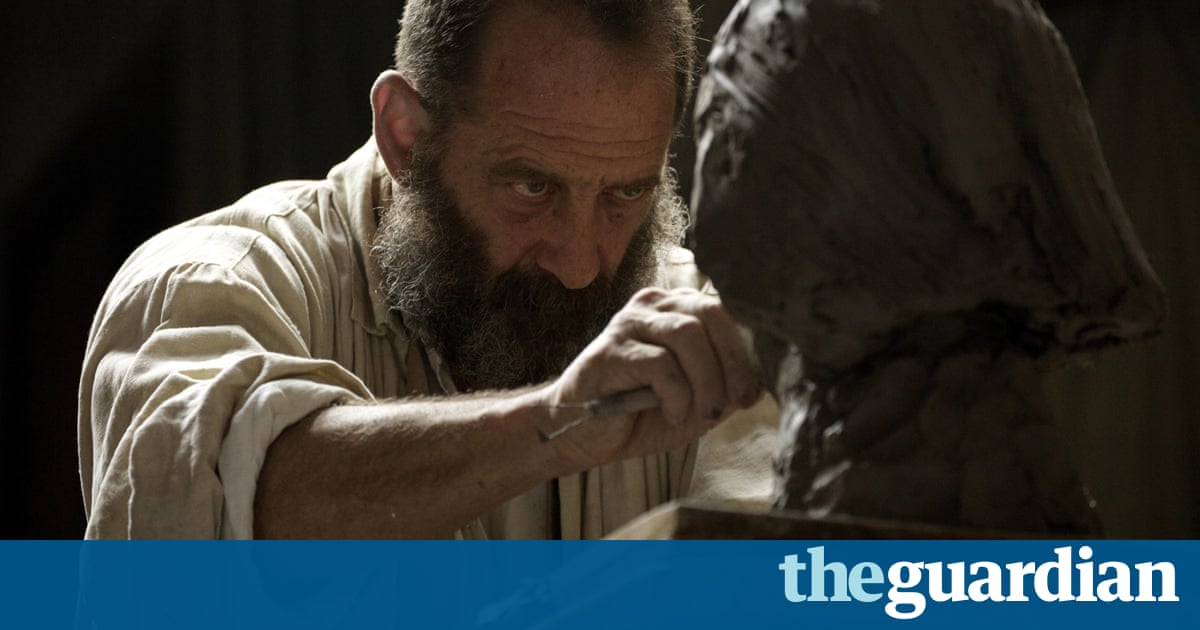 Jacques Doillon has directed a quite excruciatingly bad film about the sculptor Auguste Rodin and he needs to sit down and think about what he has done.

It is bloated with all the artist cliches, but freighted with mind-blowing dullness and joylessness. There is talk of passion. But the only passion this film is liable to incite on any cinema release will be audiences crowding around the box office, screaming for their money back.

Scenes lasting longer than Bayreuth drag past, in Rodins echoey studios, with silly posturing arguments and uninteresting, uninsightful comments about art like listening to people having a long, long argument in the CDs section of the public library, and no one there to say: shhhh, Shhhh, for pitys sake, you boring bunch of unconvincing actors dressed up in period costume saying lines you have learnt.

And finally, the scene will fade to black, as if relapsing into a brief coma of boredom, allowing the actors to recharge their tedium batteries.

As Rodin, Vincent Lindon will come grumping and glowering into shot, with his grey beard and beige smock, like a younger, less colourful and less interesting Santa. He is working on his Gates Of Hell (we are all going through it) and coming to terms with his new found public acceptance, which must co-exist with the derision and incomprehension of patrons and the press as he embarks on his challenging sculpture of Balzac. His passionate relationship with his brilliant assistant Camille Claudel (Iza Higelin) sours as her career stalls and his relationship with his wife Rose (Sverine Caneele) is similarly intractable. Like Tony Hancocks tormented artist and genius in The Rebel, he moreover finds that transporting his huge sculptures is a bit of an issue.

And finally of course, he gets to lech and perv over a parade of comely naked models and indeed comely female artists who themselves cant wait to get naked and taste the sensual delights of his beardedness. He cops a three-way with two willingly submissive subordinates. As Mrs Merton might have said: what first attracted you to the life-affirming, immortality-bestowing, beard-having Rodin?

Well, good for them, of course. But why does Rodin have to look so stricken and gloomy about it? Because the film needs to reassert its seriousness alongside the traditional artist boho raunchiness?

All of the actors here have given great performances in the past: Lindon, of course – and I have good memories of Caneele in Bruno Dumonts LHumanit (1999). But they are utterly adrift here, in roles which never come to life. And the concept of Camille Claudel is glib and incurious, both as artist and human being certainly compared to, say, Juliette Binoche in Dumonts Camille Claudel 1915 (2013). The New Wave directors complained about a cinma de papa. This is the cinma de papas boring older brother.