While you were busy getting blackout to celebrate America, Rob Kardashian was busy plotting to ruin Blac Chynas fucking life. Thats right, in the dumpster fire that has been their whole relationship, things just got worse. Buckle up, betches.

This morning, Rob got on Instagram and posted several screenshots of notes on his phone, in which he reads Blac Chyna for filth, saying shes a drugged-out alcoholic and that shell never see their daughter again. He also posted her nudes, which you can read all about here. Theres so much information here to sift through, but thats why were here. 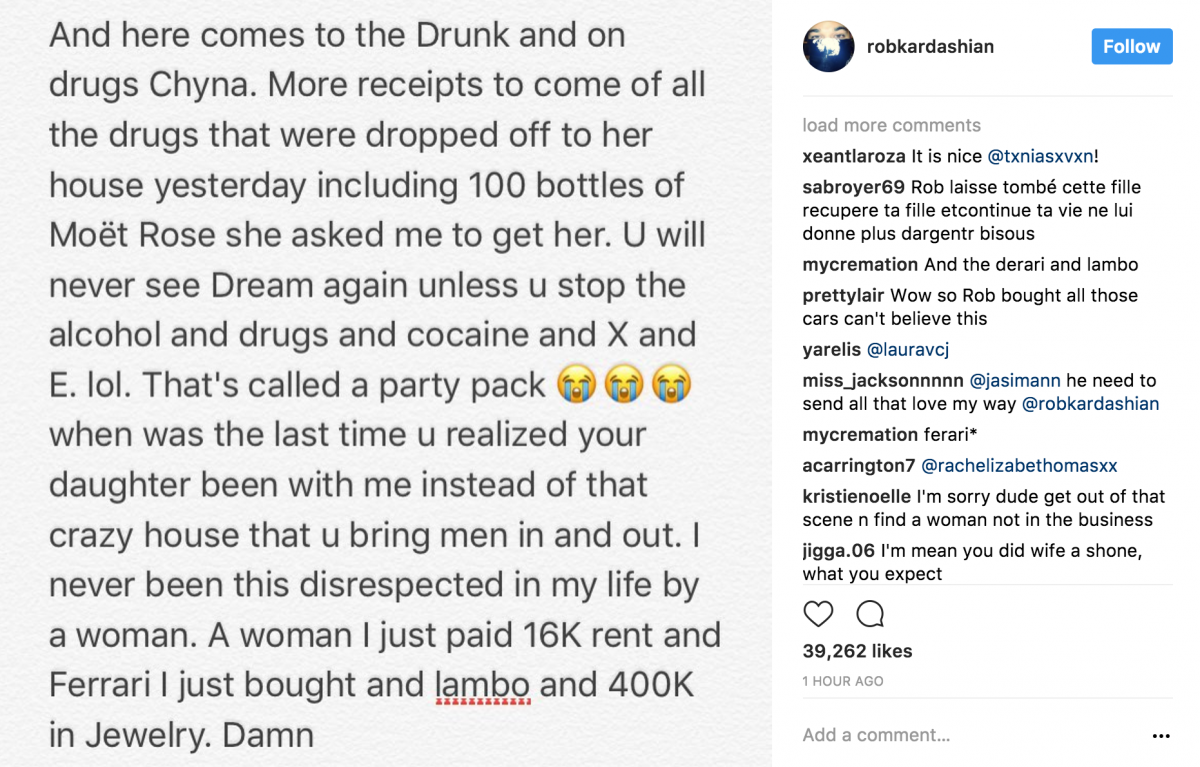 First of all, Rob posted pictures of two different guys that Chyna supposedly fucked within three days of also fucking him. Rob says she was trying to get money from all of them, which sounds desperate AF but we also low-key respect the hustle. Its unclear whether this was all happening while they were still together for real, or sometime later, but either way weve always known Chyna is a hoe so its not that surprising. 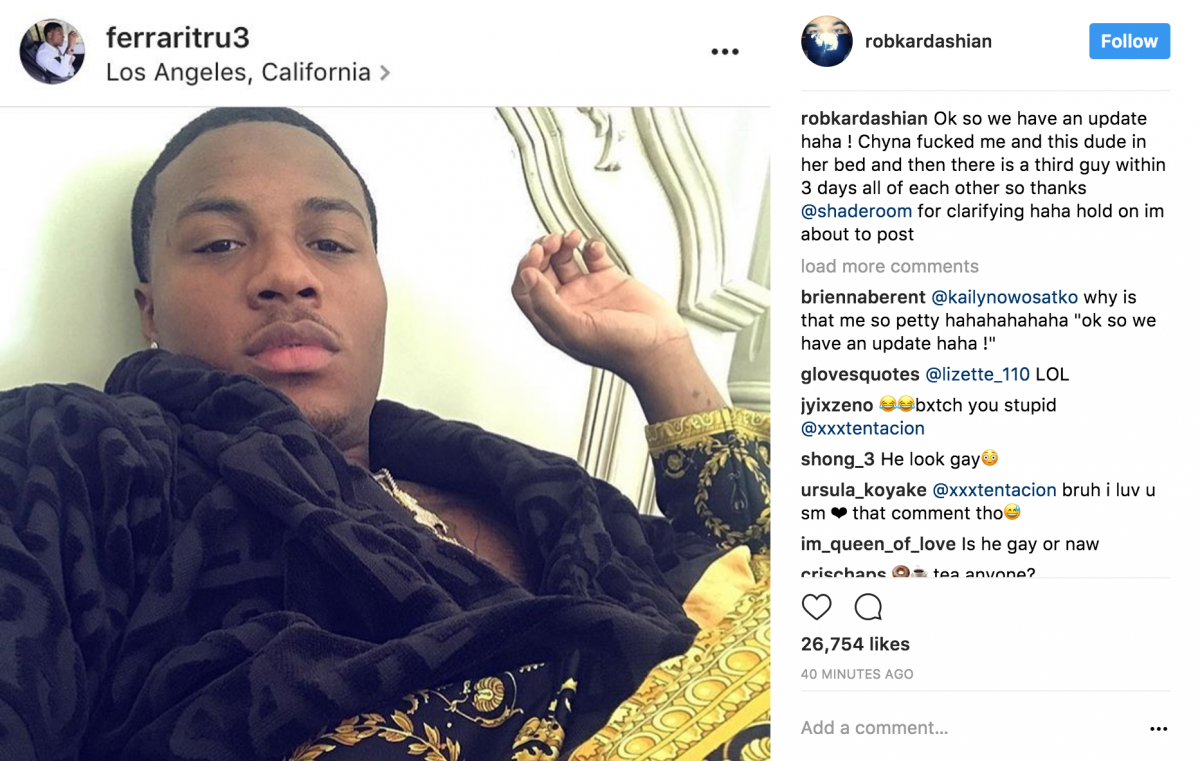 In the text posts, Rob also brought up Chynas drug habits. First of all, Rob should probably learn to use a comma or two, but also its fair that he doesnt want his baby in that situation. But it’s also not clear why it’s funny and warrants an “lol”. Regardless, he claims that Chyna got a bunch of drugs delivered to her house yesterday, along with 100 bottles of Mot Rose that she asked him for. Why is he still giving her wine???

The drugs and sex are highly questionable, but honestly the most interesting part of Robs posts are the claims he makes about money. He says that he bought her $400K in jewelry, a Lamborghini, a Ferrari, and body surgery. Sounds like Robs main problem is that he has no fucking clue how to say no to someone. Like, we ask our dad/boyfriend/random hookup for expensive jewelry all the time, but they dont actually buy it for us!! 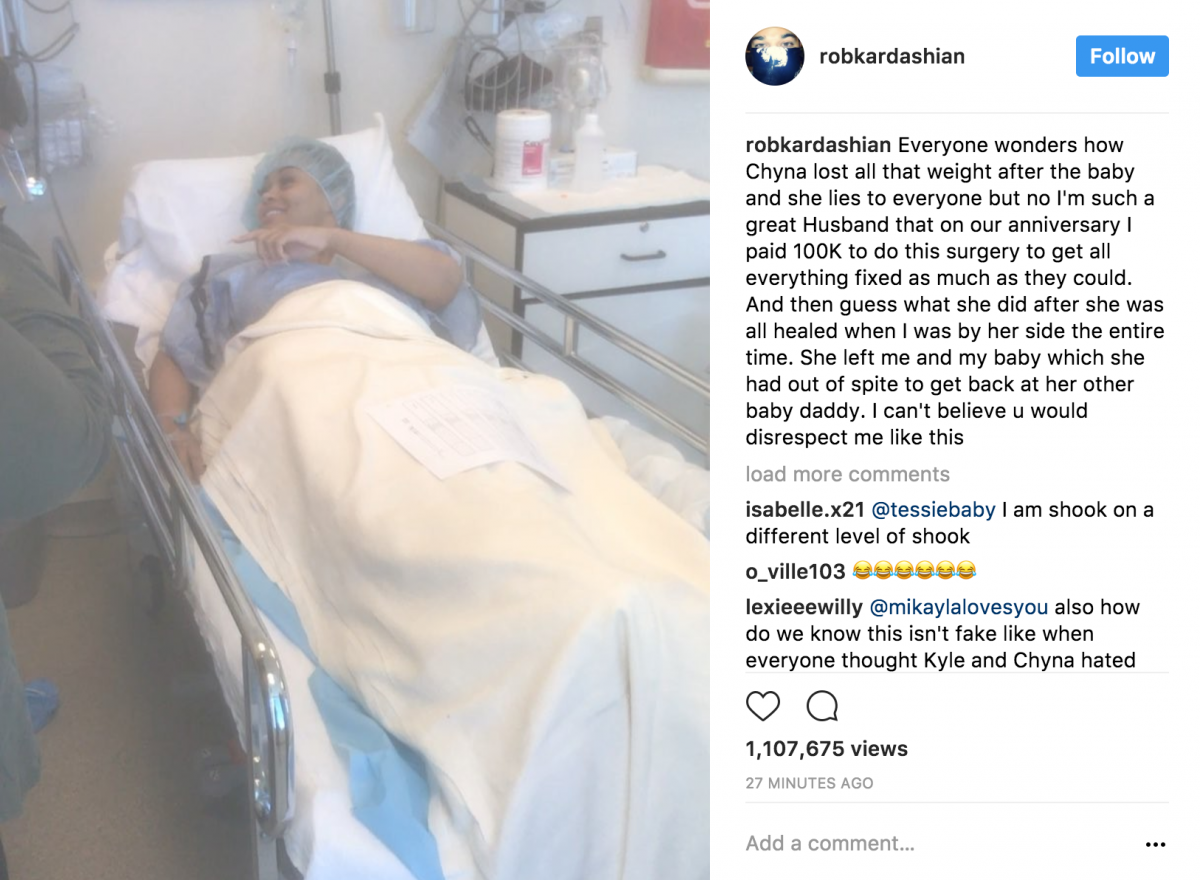 He also went on Instagram and posted a conversation with Blac Chyna AND INCLUDED HER NUMBER, where he accused her of fucking one of her best friend’s boyfriends. This is just a mess. Lord Jesus, fix it. 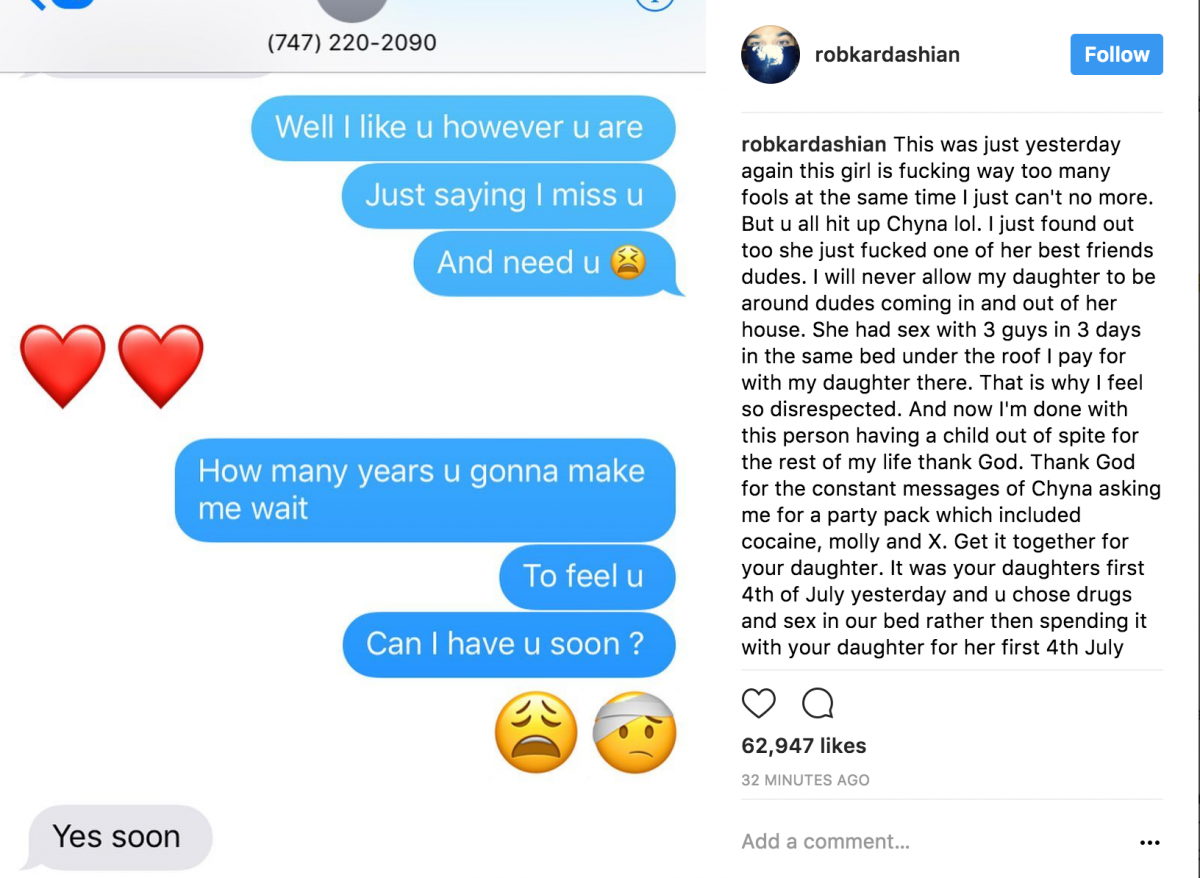 Clearly Rob and Chyna need to have a long talk and get their shit together, because right now none of this is cute. At all. season 2 anyone?