The pop publicist was catapulted into the spotlight by his email setting up the infamous Trump Tower meeting: Its a lot for a boy from Manchester 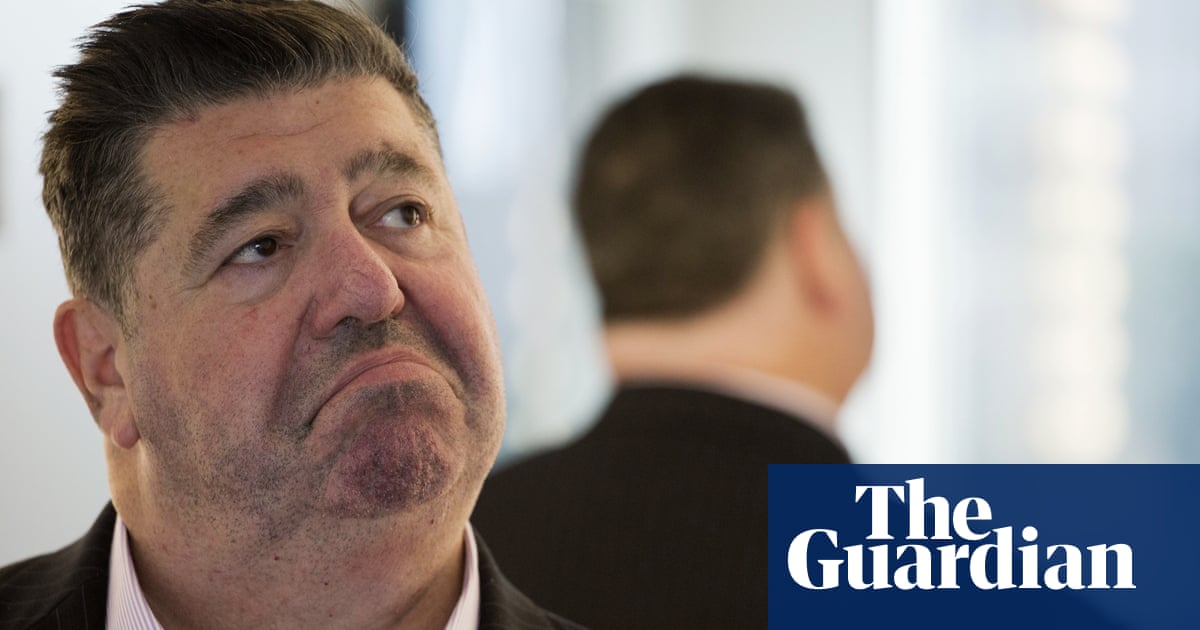 Donald Trump would drive over you to get to his gold toilet. He probably didn’t watch sex workers urinate in a Moscow hotel. His relationship with Russia is a “love fest” and it’s not out of the question that he colluded to win the 2016 election. His son was certainly willing to try.

This much to chew on comes from an hour in the company of Rob Goldstone, the Manchester-born tabloid journalist turned publicist who became a star turn in the never-ending Trump circus, then a piece in the jigsaw puzzle that is the investigation into the president’s links with Moscow.

It was Goldstone who set up an ill-starred meeting between Donald Trump Jr and a Russian lawyer in June 2016, promising information that could “incriminate” Trump’s election rival, Hillary Clinton. Months later, after Trump’s shocking win, Goldstone became a person of interest to the FBI and media – as did zany social media posts in which he sported silly hats and acted out a scene from the BBC children’s show Andy Pandy on a cruise ship.

Sitting in the basement of an upmarket Washington hotel, the 57-year-old, a dual British and US citizen, is affable and down to earth. His gift of the gab persuaded Muhammad Ali to appear on local radio in Birmingham and got him a place on tour with Michael Jackson. He was manager and publicist for the Azerbaijani-Russian singer Emin Agalarov when he wrote what he describes as “the most famous email in history”. (Agalarov’s father, Aras, is a property developer who joined with Trump to take Miss Universe to Moscow in 2013.)

Goldstone, who lives in Hoboken, New Jersey, recalls: “Emin called me that morning and just said his father had met with an attorney who he said was either a current or former prosecutor – I can’t remember which one – but who was well-connected and had some potentially damaging information about illegal funding by Russians to the Democrats or the Democratic party and the campaign, which I took to mean Hillary, because she was the candidate, and could I get a meeting with the Trumps?”

Goldstone pressed Agalarov for details about the attorney’s identity or the information, but in vain. Nevertheless, in about three minutes he composed the fateful email on his phone and sent it to Trump Jr at 10.36am on 3 June.

“This is obviously very high level and sensitive information but is part of Russia and its government’s support for Mr Trump – helped along by Aras and Emin,” Goldstone wrote.

He now says: “I was making scant or vague information better. I puffed it. I used my old journalistic – I’d worked on Fleet Street, I’d worked for the Sun – and a bit of PR hype, but the basic tenets of it were there. All these months or years later, when you look at it, my puffing was pretty spot on, so I puffed very well.”

Trump Jr wrote back less than 20 minutes later: “If it’s what you say I love it.”

Goldstone continues: “I took it as, ‘If it’s what you say it is, I love it,’ and I thought, ‘Thank God he realises that maybe it is, maybe it isn’t.’ I thought, ‘This is my reason to believe that there’s some doubt’ and I think I read somewhere of late that Don testified that he felt there was an element of showmanship or it almost sounded too good to be true, so we needed to check it out.”

‘I thought Jared’s head would explode’

The meeting took place on 9 June in a conference room on the 25th floor of Trump Tower in New York. Goldstone had no intention of attending but says Trump Jr ushered him in. He sat next to Trump’s son-in-law, Jared Kushner, on one side of a long table. Opposite them were Agalarov business associate Ike Kaveladze, Kremlin-linked lawyer Natalia Veselnitskaya, Russian-American lobbyist Rinat Akhmetshin and interpreter Anatoli Samochornov. At the head of the table were Trump Jr and then campaign manager Paul Manafort.

According to Goldstone, Veselnitskaya began talking “in very broad terms” about billionaire donors who had contributed to Democrats and Clinton without paying tax on the money. “It was all about how wrong it was to make these donations to the Democrats and the reason it stayed with me was I looked over to where Don Jr was sitting and thought, ‘Didn’t your father used to fund the Democrats also? Why are we listening to this?’ It just sounded like the same thing.”

The pitch went down like a lead balloon. “Jared Kushner was sitting next to me, looking very agitated by all of this and fiddling with his phone. As she was talking in this monotonous sort of presentation, he suddenly said, ‘I have no idea what you’re talking about. Perhaps you could just focus.’”

Veselnitskaya merely picked up where she left off and Kushner looked “ballistic”, Goldstone recalls. “I thought Jared’s head would explode. I later would read that when he was frantically texting he was telling his assistant, ‘Get me out of this meeting.’ Manafort looked like he could fall asleep at any moment. Don Jr started to get out of his chair when she pivoted somewhat and was like, ‘What I really want to talk about is the issue of the Magnitsky Act as it relates to adoption of Russian children by Americans.’”

The Magnitsky Act of 2012 imposed sanctions on Russia for human rights abuses. In retaliation, President Vladimir Putin blocked adoption of Russian children by American families. “That’s when my ears pricked up. I was like, Wait, wait, wait, adoption?’ I’d never heard of the Magnitsky Act so I had no idea what she was talking about. Then she started talking about how unfair it was.

“I sent a text message to Ike and was like, ‘Why are we talking about adoption, what is this?’ He kind of nodded to me knowingly and then she went on a little bit more about adoption and I could see they all looked really tense and I sent another text and said, ‘You need to stop this meeting, it’s obviously infuriating our hosts.’

“He nodded again and before he could do anything Don Jr stood up and said, ‘I just want to say that I think my father is a private citizen, he’s not an elected official, and I really think you should address these concerns to the Obama administration.’ With that I got up and she said, ‘Maybe you could look at it or keep an eye on it if something comes about.’ He never responded. I went, ‘Thank you very much.’

“I herded them out like animals and I hung back and I said to Don Jr, ‘Look, I’m really embarrassed.’ He said to me, ‘I just have no idea what that meeting was actually about.’ I said, ‘Inane nonsense.’ I called Emin and said, ‘This is without doubt the most embarrassing thing you’ve ever asked me to do.’”