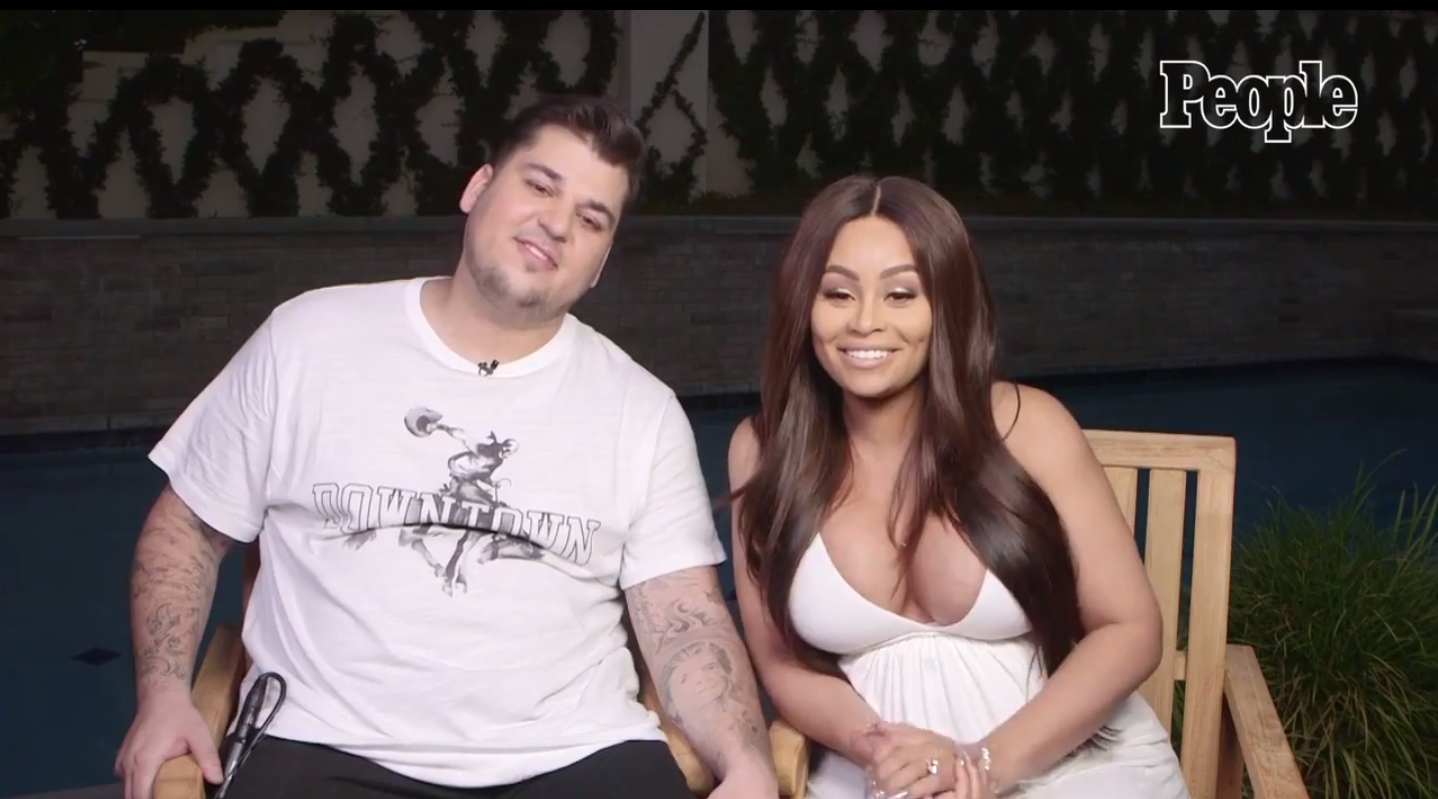 Welcome to : the show that America didnt need, and probably didnt even want, but the one we definitely deserved. The pilot is titled Are You Still Texting Bitches? because E! doesnt want you to have any illusions about the quality of the next hour of television youre about to subject yourself to. It also very aptly lays out the conflict that our star-crossed Instagram stars will try to resolve throughout the episode: is Rob, or is he not, still texting bitches??

We open on Rob and Chyna on a hike while they describe how they first met. Its a story for the ages.

Chyna: I first met Rob at Kylies sweet sixteenjust one year before shed start dating the father of my fucking child.
Rob: Yeah it was hella romantic.

There are essentially three topics of conversation that are brought up multiple times throughout the episode: Chynas ass, Robs texting habits, and the extreme juxtaposition between their lifestyles growing up. The fact that Rob lived in Kris womb until approximately the age of 21 while Chyna had to work for everything she has is a clear point of contention in their relationship and most likely a recurring theme throughout the season.

Early on were given two nuggets of valuable information that will shape the rest of the episode.

While Robs access to their shared home is limited, its obviously an open door policy for everyone else. Were introduced to a few supporting characters right off the bat: Nanny Joy, who has been helping take care of King since he was born; Paige, Chynas best friend and fellow member of the science cant explain my ass club; Sam, whose only real role so far seems to be driving Chyna around and making fun of Rob.

Most importantly, it is clear that Scott Disick will be a regular character on this train wreck of a show, probably because it gives him yet another excuse to not spend time with his children. He offers Rob solid life advice like Jesus Christ, take your fucking insulin. You have diabetes.

They spend a lot of time doing bro things like hitting up fancy barber shops where old white men can shave them while they talk shit on Kim. Thank God for real friends. Scott also frequently throws out bouts of wisdom like you probably have mental issues. I mean, youre not wrong, but Jesus Christ. How fucked up does your life have to be that Scott Disick is your voice of reason?

Rob and Chyna head to the doctor for a checkup and to find out the sex of their child. I realize that this is a titular moment in the episode, but first I have about 1000 questions about Chynas ass, the first being how the fuck she fits it into anything. Shes only worn spandex or sweats thus far, leading me to believe that technology has not yet created a denim that can contain it. 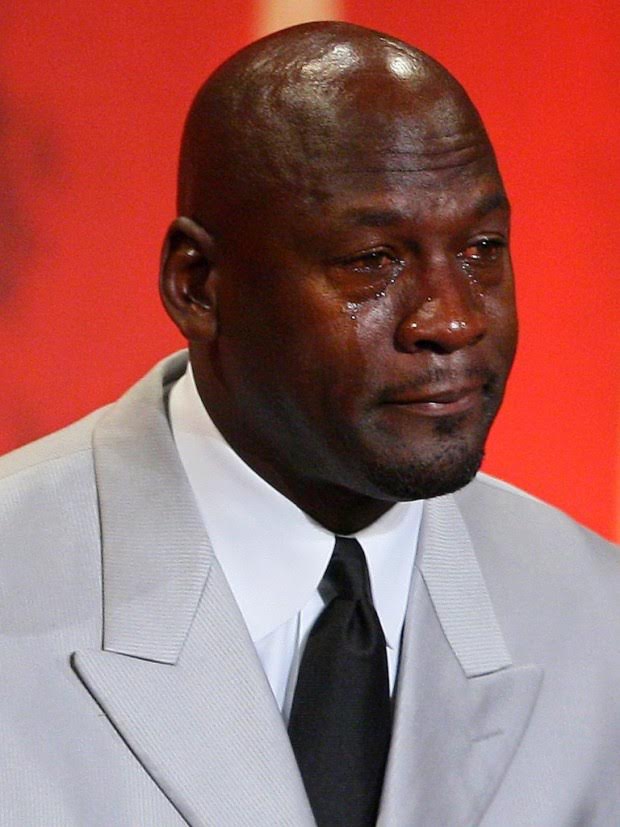 This news brings with it the first appearance of a character we actually care about: Kris. She shows up to Rob and Chynas home with a giant gift pink basket full of baby goodies. This is a super cute gesture that anyone would be excited about, except Chyna because they had planned on a big gender reveal surprise.

Chyna: Why do you tell your mom everything? King doesnt tell me everything.
Rob: King is three.

Later that night, the real tension sets in when Rob flips out because Chyna gets three texts in a row. Celebrities, theyre just like us. Rob claims to be insecure because his last girlfriend fucked him over multiple times and gave him severe trust issues. Chyna reassures him by telling him hes insane and leaving the room.

The next day Chyna has come to the conclusion that Rob must be texting bitches and projecting his issues onto her. If you also thought this was an insane line of logic, prepare to get your shit wrecked by a screaming, pregnant woman the likes of which Ive never seen in reality or fiction. Props to Paige, who managed to sit in the car next to her throughout the entire ordeal without either laughing or diving out the window.

Chyna: Are you still texting females?
Rob: Like as in member of the female race? Yeah. I have approximately 67 female relatives.

Rob tries to apologize to Chyna the next day but makes the first cardinal mistake of interrupting a pregnant woman while shes eating guacamole. She tosses his bouquet into the pool in front of Sam, Paige and poor Nanny Joy, who undoubtedly doesnt deserve any of this shit.

Nanny Joy sits Chyna down and tells her that if she wants this relationship to work, she probably shouldnt kick Rob out of their home every other day. I dont know where Chyna found this woman, but shes out here dropping truth bombs like its her job. Hopefully all my future nannies also come with a built-in psychology degree.

On their next bout of male bonding, Rob fills Scott in on his latest relationship drama as if the man isnt currently holding the crown for least responsible or functional father of all time.

Chyna takes King and her friends to Sky High, the perfect leisurely activity for a pregnant woman. The biggest development here is that Rob has been MIA long enough that Chyna is actually concerned, so she decides to go seek him out so she can crush his whats left of his masculinity in front of all of her friends. This means a quick trip to his home for some casual breaking and entering.

Once its clear that hes not there and not harboring any females, her next stop is Kris house. Paige and Chyna instantly start talking about how beautiful it is as they pull up out front, which I feel like was mandated in Kris contract before she agreed to appear on the show.

Paige: Im just like, such a ride or die friend
Chyna: Wanna come in with me?
Paige: LOL BYE BITCH

Chyna is rightfully nervous about her conversation with Kris. Going to in-laws for relationship advice is a bold move in any situation, so Id imagine plopping down in front of Kris Jenner to talk about her one child that doesnt wrack in millions of dollars a month would be more than a little nerve wracking.

Kris: So whats going on?
Chyna: Um
Kris: Let me rephrase that. What the fuck you doing kicking my son out of his own home?

For all intents and purposes, Kris is very straightforward with Chyna. She tells her that Rob is starting to get his shit together but its still a process thats bound to have setbacks. Theres also the point of his lasting body issues and very obvious depressive tendencies. Like, this family has so much goddamn money, someone get that kid to therapy.

Literally nothing is resolved by their conversation, much like most interactions on this show, but the lead up to it was dramatic enough to make us all believe that something actually just happened. The magic of editing.

Chyna crying over the lack of jelly in her fridge is me every time I come home drunk and try to find food in my house. Theres nothing here! Its like no one cares!! Fucking SAME, Angela.

Kris finally gets ahold of Rob and brings him over to discuss his issues with Chyna. Whatever they talked about was far less important than watching Kris Jenner try turkey bacon for the first time. It tastes like rubber. Who eats this shit? Poor people, Kris. Poor people do.

To her credit, Kris is far more impartial in this situation than my mom ever would have been. Instead of immediately talking shit on Chyna, she tells Rob that relationships are hard work. Like, even harder work than a failed sock line.

The episode ends on a cliffhanger. Will our two lovebirds work it out? Will Chyna find any jelly? Will the two of them be forced by on an incredibly uncomfortable double date with Kylie and Tyga? Only time will tell.