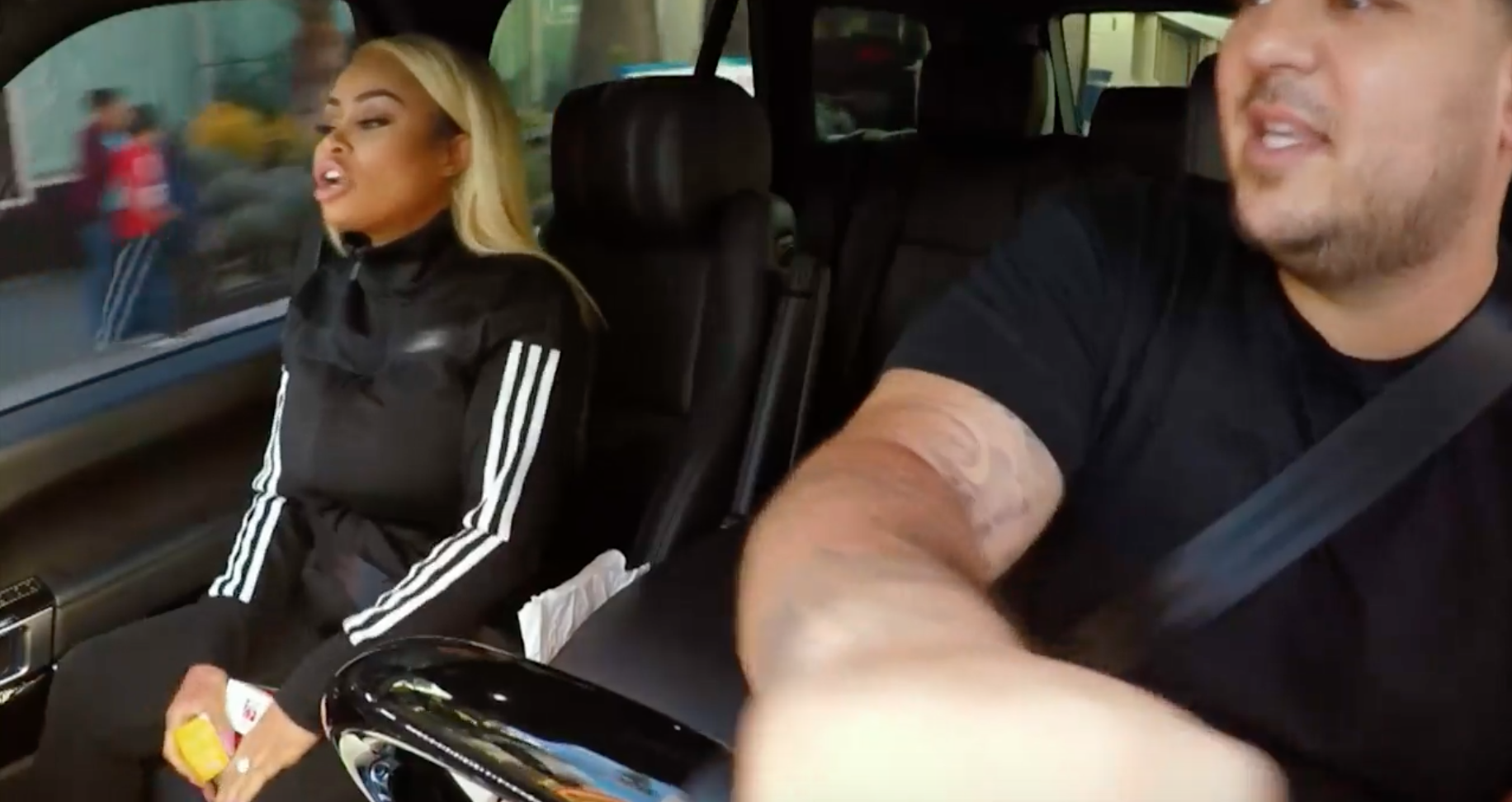 The episode opens with the introduction of two new people who I hope never make a return appearance. Kristina and Karissa, twins who Chyna describes as just good friends show up with a body casting kit so that Chyna can memorialize a time in her life when she was shaped like a watermelon. Fun idea, right? They then offer to shave her vagina and follow up the quick DIY sesh with a dip in her pool, sans swim suits. Maybe this would have been less weird if the owner of the pool or the other person who lives there were also naked, but Chyna and Paige both opted to not skinny dip in front of camera crews. Please head back to whatever Inland Empire strip club that you crawled out of.

Rob, King and Chyna go for a family photo shoot, the exact activity that you would expect to throw Rob into a downward spiral of self-loathing. It would appear, however, that hes in a better place because not only does he not have a mental breakdown in front of the camera, but he also decides that hes ready to move back in with Chyna.

Kris calls Rob to set up a meeting with their nutritionist, Dr. Golia. The fact that Rob doesnt immediately shut down at this suggestion, and is even receptive to it, makes it seem like he really is getting better. Who would have thought that starring in a reality show about your tumultuous relationship could actually be a healing process?

Chyna receives what looks like an entire U-Haul of packages at her home which turn out to be supplies for the baby. Ah, to marry into the Kardashian family.

Chyna broaches the topic of Rob moving back in and Rob gives her a non-committal yes but caveats that he wants to be his best self before the baby is born. Then the topic changes to how out of breath the two of them were after sex the night before and I proceed to gauge my eyes out at the thought of it.

As per his Kardashian contract, the next day Rob is forced to interact with Jonathan Cheban at Kris house. Jonathan does really supportive stuff like brag about the horrendous amount of food he eats to the guy with crippling body image and weight issues.

Jonathan: I dont think Ive seen you in, like, four years.
Rob: Wow that definitely wasnt on purpose.

Rob is saved from further conversation by the arrival of Dr. Golia, who has the difficult task of running tests in front of Jonathan and Kris while they make a finger prick seem like open heart surgery. The results are overwhelmingly positive in that Rob is now diabetes free. Didnt know that was how diabetes worksbut okay. Everything in this episode has been uplifting thus far which leads me to believe shit is going to go down any minute now.

First sign of a brewing storm: Rob tells Chyna he wont be comfortable living with her unless they buy a new house. This kind of sounds like a dream, but Chyna likes her house and doesnt want to leave. She also doesnt want Rob to celebrate his diabetes-free lifestyle with a bowl of Kit Kats.

We find out that Rob and Chyna were invited to grandma MJs birthday in San Diego. I am personally always relieved when the rest of the Kardashians make cameos, no matter how short and tense they are.

Paige has started packing up her room, the rational response to being told to move out. Chyna, however, doesnt want her to leave, despite being the one to ask her to. She realizes that Paige is a more reliable roommate and person in general than Rob, which is rough because Paige is not the father of her child.

Chyna goes to Rob about her Paige concerns. Like any sane person, Chyna is afraid of her relationship getting too real and overshadowing her friendships. It is 100% more fun living with your friends than with your significant others, and right now Chyna has the best of both worlds. Rob calms her down and she seems just placated enough for this minor plot point to be forgotten.

Apparently Rob and his endlessly patient friend Nick have been trying to start a streetwear company for years, but every time they get close Rob disappears. Now that he has a TV show and is forced to interact with real humans, Rob decides its time to get things started. He brings Kourtney along for her invaluable style advice, and her sole input is more dad hats. Same, Kourt, same.

Rob: Thank god I can finally put that college degree to use by pointing at jackets I like and then letting my mom deal with the rest.

Chyna is concerned that Rob is rushing into the company that hes been working towards for the past four years. Shes worried hes going to burn out before the baby gets there, which is valid given his history. But shooting down Robs one attempt at branching out probably isnt the best way to encourage his development.

The next scene contains the strangest fight Ive yet to see on this show, which is honestly saying a lot. Chyna accidentally knocks over Robs french fries in the car, which causes Rob to make a snide comment about choosing between food and her phone. This is a bold statement to make at any time, but especially to a pregnant woman.

In case things werent already tense enough, Rob repeatedly calls Chyna rude, crazy, inconsiderate and a psychopath. Chyna comes back at him with youre lazy and have a chemical imbalance, because fights go from 0 to 60 really fucking quick in this relationship. She tells him to let her out on the freeway and then smacks the dashcam so that its not even filming them anymore. Ryan Seacrests scandalized gasps from his E! control room were masked by Chynas unbridled screaming.

After a therapeutic dinner with Paige and Sam, Chyna realizes that the french fry fight may have been born of more serious issues. While Robs progress is encouraging, shes worried that hes going to put too much on his plate and fizzle out before hes really back to his old self.

During a phone call with Kourtney we find out that the french fry fight may have also been part of the reason that Rob went crazy a few months ago and deleted everything off his Instagram. A slight overreaction? For sure, but man did he get his point across.

Chyna: Rob is super sensitive and its hard.
Kourtney: The father of my children is fucking 18-year-old models but yeah, sensitive is rough.

For what seems like the 100th time, Paige asks Chyna if shes going to break up with Rob. Chyna says shes not sure, as to ensure another week of viewership, and then asks Paige to continue living with her. Obviously Paige says yes because shes already been jumped into the E! mafia.

Next Chyna makes the cardinal mistake of telling her mother that shes pissed at her fianc. Everyone knows that you can never tell your mom about a fight with anyone unless youre resolved to cut that person out of your life for good. Mom karma is real. 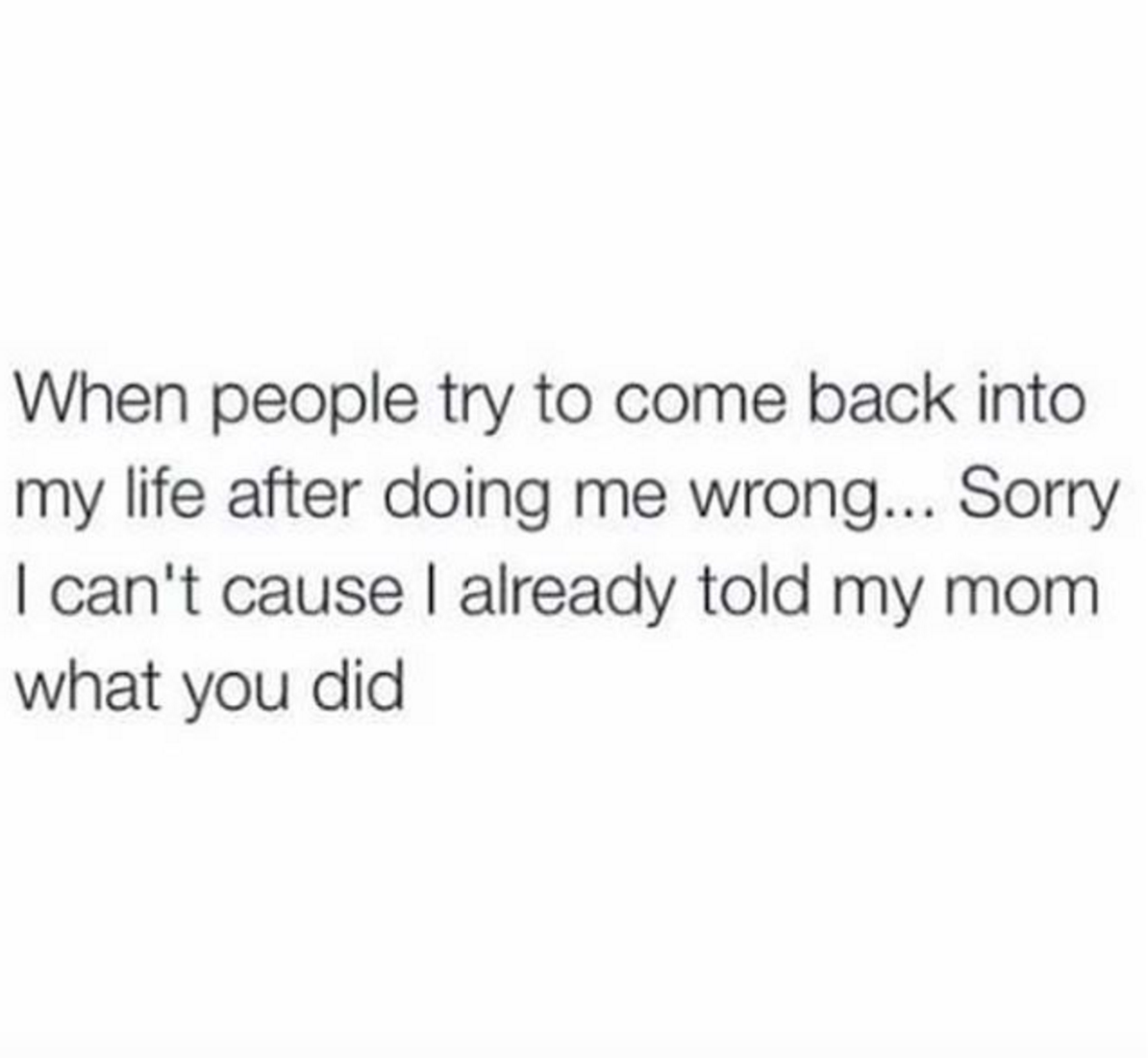 Rob has yet to resurface since french fry gate, so Chyna takes her entourage with her all the way to San Diego, a hot three-hour car ride from Calabasas. Lets talk about how bold a move it is to walk into your boyfriends family party, a Kardashian event no less, without him. Khloes shit-eating grin says it all.

The second Chyna arrives all attention is diverted from MJs birthday and onto Robs whereabouts. It turns that Rob blocked not only Chyna, but his entire family. Never in a million years would I have pinned him as the most dramatic of the Kardashians. Kim and Chyna go outside to discuss the issue further, because fuck this nice old ladys birthday party.

Kim to Chyna: This is what Rob does and it sucks.
Kim to the cameras: Do not fucking come to me with your relationship problems.

A few days later Rob heads over to his moms house and she dances around his little MIA stunt for a few minutes before timidly asking him what happened. Any other mother would have just smacked his entitled ass right across the face, but there are cameras present.

Kris: So where did you go? I was worried about you.
Rob: Well I got in a fight with my girlfriend so I blocked my entire family because I dont care about anyone but myself.

Kris continues to attempt to validate her motherly concerns and kindly requests that Rob maybe let her know next time hes about to drop off the face of the planet and hide out in Vegas for a week, and he responds by laughing in her face. Oh my GOD. It takes his mother literally breaking down into tears before Rob looks even the least bit contrite.

Kris: I love you and I just want to make sure youre okay.
Rob: Well we all have our own demons.
Kris: Lets try this again you fucking ingrate.

The episode ends there probably because the camera crew was too disgusted to continue filming. When youve turned Americas sympathies to the side of Kris Jenner, you know you really fucked up. Give this show to Scott until Rob can figure out how to respect his mother.