After Donald Trumps troop withdrawal from Syria, it is clear that Americas global dominance is under threat. We look at what could come next 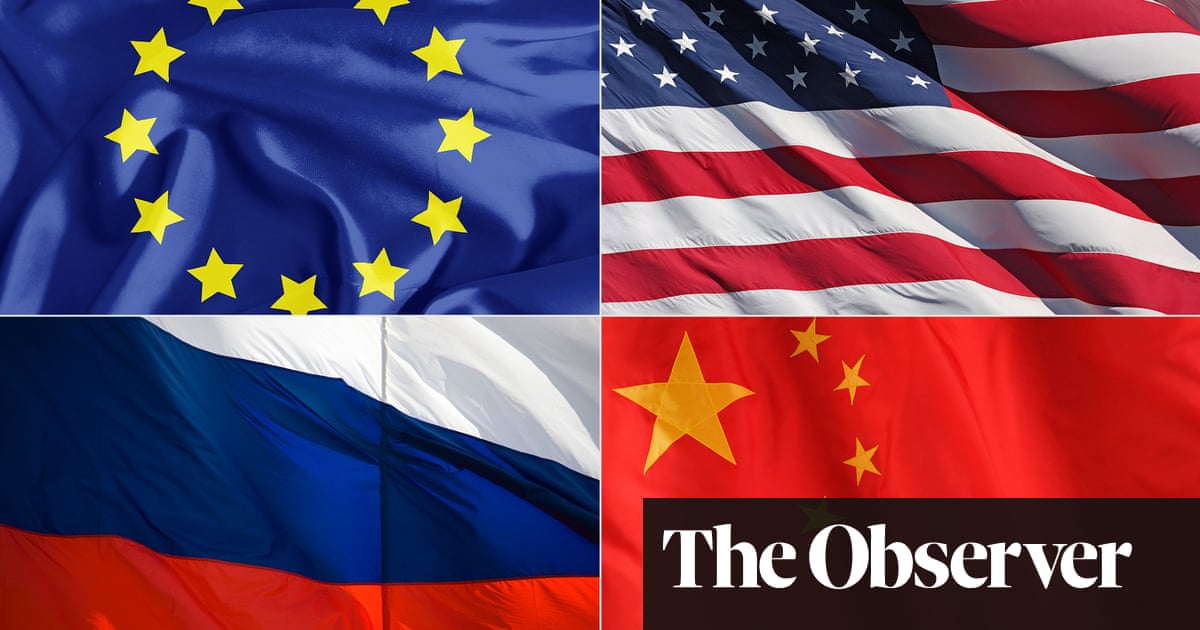 The US troop withdrawal from Syria, the betrayal of the west’s Kurdish allies, and subsequent advances by Russian, Iranian and Syrian regime forces have been widely interpreted as a dramatic “watershed moment” both for the Middle East and for American global influence.

Excited analysts claimed that last week’s Syrian upheaval foreshadowed an end to US regional leadership, even to Washington’s international dominance. A commentator for The Hill, a website reporting on American politics, compared the withdrawal to another famous turning point – Britain’s “east of Suez” retreat in 1968.

Syrian developments were also taken by some observers as proof that an increasingly isolationist America is turning in on itself and giving way – as failing empires inevitably do – to a successor world order shaped by emerging global powers, principally China.

But is the Syrian crisis really a watershed moment? And if it is, who are the contenders for America’s crown as no 1 global superpower – and what are their own strengths and weaknesses?

The perception of gradual, broad US international disengagement is widely held. But as historians know, it is hard to tell exactly when a specific, definitive turning point is reached. Contemporary observers, caught up in fast-moving events, are often the least qualified to do so.

Identifying such transformative tipping points can still be problematic hundreds of years later. Asked about the significance of the 1789 French revolution, Zhou Enlai, the former Chinese Communist party leader, reportedly quipped: “It’s too soon to say.” Permanent changes in the strategic and geopolitical balance of power rarely come out of the blue. With hindsight, such shifts are frequently seen as the long-signalled culmination of preceding policy decisions, unconnected political and military moves, mishaps and miscalculations.

By general agreement, 1945 was a watershed year, marking the final defeat of fascism and the creation, through the UN, of what is known as the “rules-based international order”. In much the same way, 1989 is seen, in the US at least, as the year when the west “won” the cold war with the Soviet Union.

Yet it can be argued (as Russians do) that the battle of Stalingrad, which concluded in 1943 with a decisive Red Army victory over the invading Nazis, was the true turning point of the second world war. Likewise, some say the cold war merely paused in 1989, only to resume a decade later in a different guise.

Looking back in time, the true significance of other big moments, trumpeted as critical turning points when they occurred, appears similarly open to question. For example, Britain’s post-imperial “east of Suez” retreat was initially triggered by India’s independence in 1947. By 1968, it was already long under way.

In 1992, the Maastricht treaty creating the European Union was cheered, and condemned, as opening the door to a federal Europe – an aspiration unfulfilled more than a quarter of a century later. Tony Blair’s New Labour landslide in 1997 was hailed as a bright new dawn, but quickly clouded over. In the Middle East, the “historic” 2011 Arab spring pro-democracy revolts, source of much instantaneous hope and joy, proved to be a cruelly deceptive mirage – precursors of a new epoch of intensifying, region-wide conflict and repression, typified by Syria.

Nor do the Syrian regime’s advances represent a sudden, unexpected twist. Assad has been steadily re-establishing control over the main populated areas in recent years. Neighbouring Arab leaders have been mending fences in the belief that Assad has won the war. European governments mostly share this view, though they do not say so publicly.

The bigger claim – that the latest developments amount to a pivotal moment for expanding Russian influence in the Middle East – is also contentious. Since intervening in Syria in 2015, Russia’s president, Vladimir Putin, has ably exploited ambivalent and confused US policies. While Trump has recklessly stoked confrontation with Iran, Putin has cautiously cultivated cordial working relationships with the main regional actors and adversaries, including Israel, Iran, Turkey, Saudi Arabia, the UAE and Egypt, based on shared interests in counter-terrorism, arms sales, and oil and gas production.

In other words, Russia’s influence across the Middle East has been growing for some time. That is partly the result of US strategic incoherence, partly of Putin’s diplomatic acuity. Russia’s latest success in Syria follows this trend. While it’s significant, it probably does not amount, by itself, to a “watershed moment”. What the Syrian upheaval does do, however, is provide additional, confirmatory evidence that the global balance of power is slowly and incrementally shifting in ways that are not yet fully understood and with consequences not yet glimpsed.

This process resembles not so much a sudden earthquake as a long-drawn-out series of tremors and shocks. And while it’s clear that the grip of the old, post-1945 US-dominated international order is weakening, it is unclear what will replace it – and who will come out on top. The main global contenders – the US, China, Russia and Europe and their respective allies, dependents and satraps – remain the same. But the relative ability, and desire, of each power bloc to shape and lead the 21st century by outmanoeuvring and outperforming rivals may be fundamentally changing.

Whether last week was a watershed moment or not, it’s plain that the new world order is coming up for grabs.

The US: defending champion on the ropes