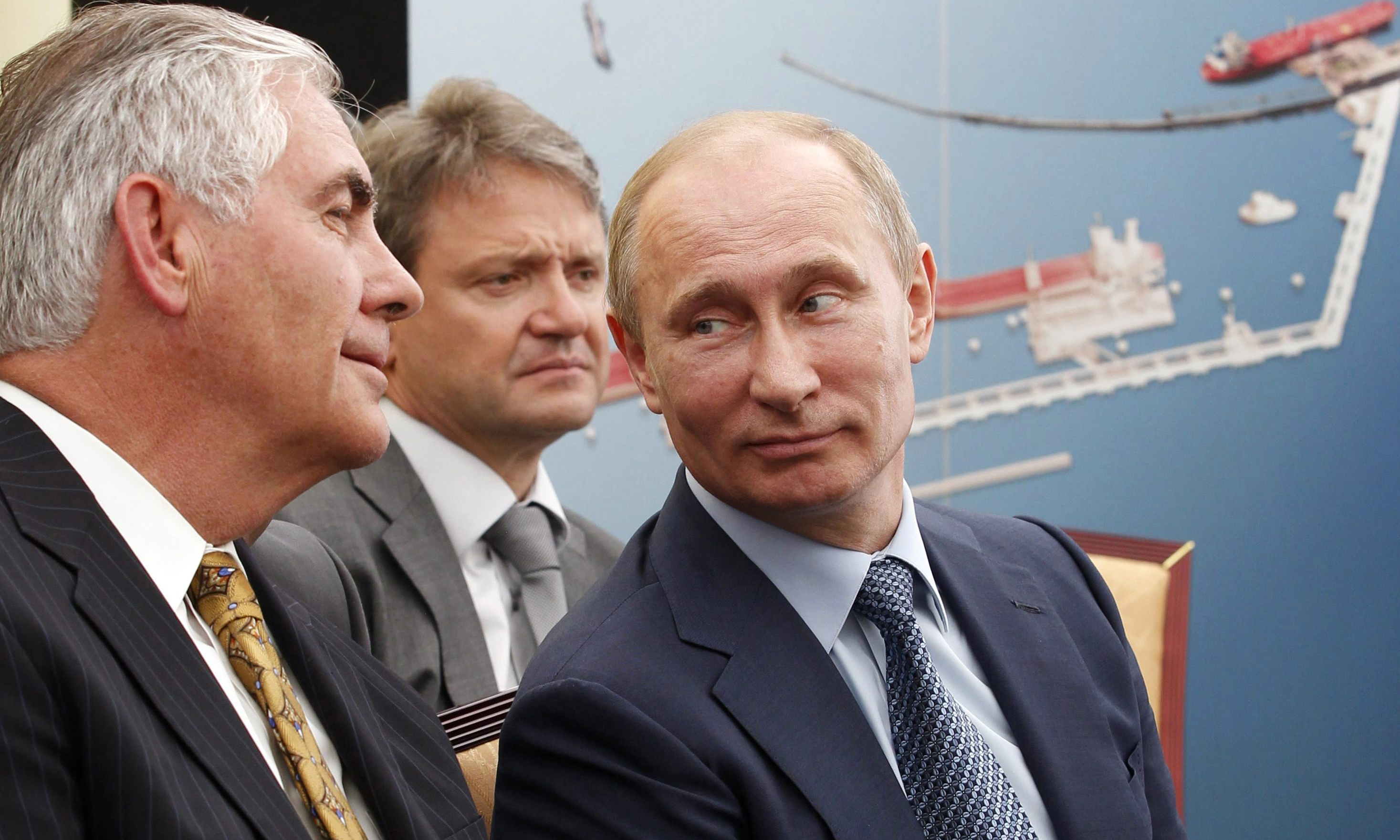 Rex Tillersons nomination as the next secretary of state confirms Vladimir Putin as one of the strategic victors of the US presidential election.

While the other leading candidates for the job held largely traditional and adversarial views on Russia, the outgoing chief executive of Exxon Mobil has a history of close business ties to Putin, who bestowed the Order of Friendship on Tillerson in 2013.

The Wall Street Journal reported: Friends and associates said few US citizens are closer to Mr Putin than Mr Tillerson.

The 64-year-old Texas oilman spent much of his career working on Russian deals, including a 2011 agreement giving Exxon Mobil access to the huge resources under the Russian Arctic in return for giving the giant state-owned Russian oil company, OAO Rosneft, the opportunity to invest in Exxon Mobils operations overseas.

Tillerson is also friends with the head of Rosneft, Igor Sechin, a former interpreter who worked as chief of staff for Putin when he was deputy mayor in St Petersburg in the mid-1990s. Sechin, sometimes described as the second-most-powerful man in Russia, is now under US sanctions. He has said that one of his ambitions is to ride the roads in the United States on motorcycles with Tillerson.

The 2011 Exxon-Rosneft agreement was frozen when sanctions were imposed on Russia in 2014, following the annexation of Crimea and covert military intervention in eastern Ukraine. Exxon Mobil estimated the sanctions cost it $1bn and Tillerson has argued strenuously for the measures to be lifted.

We always encourage the people who are making those decisions to consider the very broad collateral damage of who are they really harming with sanctions, he said, at a shareholders meeting.

In June, two years after sanctions were imposed and in an apparent show of support for Sechin, Tillerson reportedly turned up at a St Petersburg economic summit.

If the sanctions were lifted, the Arctic project would probably go ahead and Tillersons retirement fund of Exxon Mobil stock would increase in value. He would most likely have to divest himself of stock by the time he entered the office on the seventh floor of the state department. It might be harder to divorce his judgments entirely from the oil company where he spent his career.

Trumps choice of Rex Tillerson suggests he wants to make good on his promise to cut deals with Russia instead of containing it, said Thomas Wright, who has written extensively on Trumps foreign policy at the Brookings Institution.