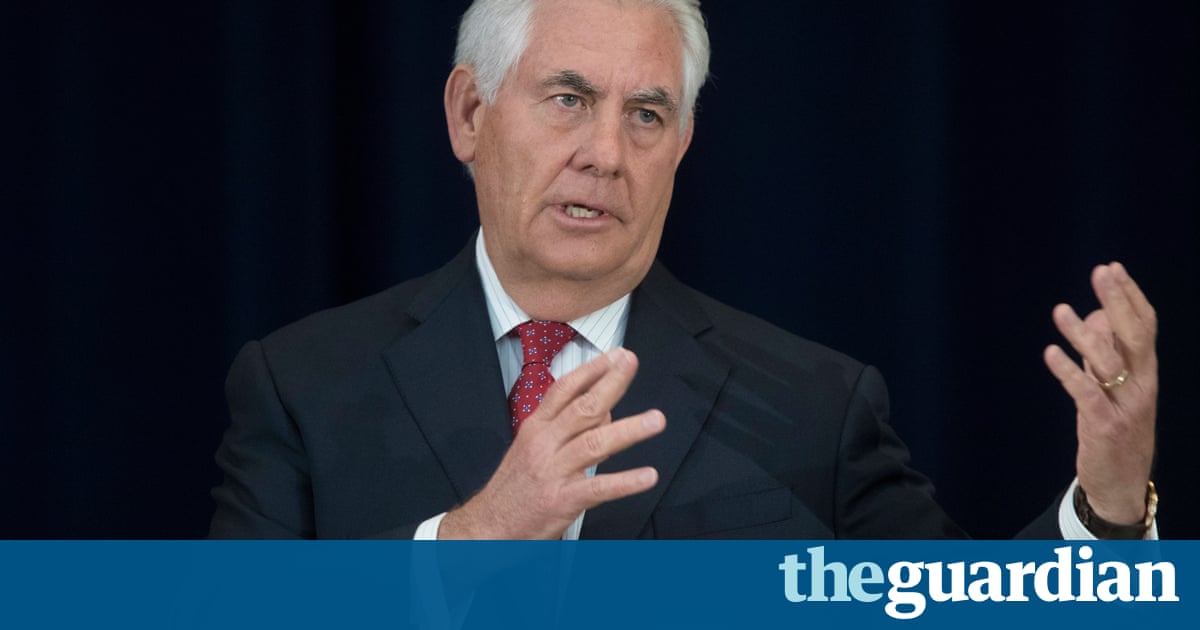 The US secretary of state, Rex Tillerson, has said Donald Trumps America first approach to the world means decoupling US foreign policy from values such as human rights and freedom.

Addressing state department diplomats and staff, Tillerson said there were times when insistence that foreign countries abide by US values got in the way of the pursuit of national interests.

I think it is really important that all of us understand the difference between policy and values, the secretary of state, a former oil executive, said as part of what he described as an overarching view on Trumps America first mantra.

Our values around freedom, human dignity, the way people are treated those are our values. Those are not our policies.

Although Tillerson stressed that it doesnt mean we leave those values on the sidelines, and said that while policies changed, our values never change, the speech revived concerns first raised when he was nominated for the job, that he would approach US foreign policy in the same way he ran ExxonMobil.

Since he first described his America First policy on the campaign trail, Trump has been criticized for using a phrase denounced by the Anti-Defamation League for its links to 1940s Nazi sympathisers.

This is the most clueless speech given by a secretary of state in my lifetime, said Tom Malinowski, former assistant secretary of state for democracy, human rights, and labour. Clueless of what came before him, and of how US foreign policy has changed in the post-cold war era; clueless about what the world expects of America, including that we defend universal values and norms; clueless about what the people he is supposed to lead actually do and the harm being done to their mission and morale by by his cluelessness.

The speech was like being told the amputation of your limbs will be good for you by a surgeon who skipped medical school, Malinowski added.

John Kirby, the state departments former spokesman tweeted: Divorcing our interests from our values in foreign policy is like trying to plant cut flowers.