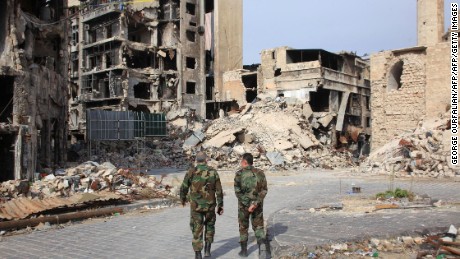 (CNN)The plan to rescue the last Jews of Aleppo was hatched in Brooklyn during the waning days of summer.

Two months later, in a white minibus commandeered by pro-Western Syrian rebels, the Halabi family whizzed from Syria into Turkey in the dark of night.

But the journey to that point was difficult — and getting them out of war-torn Syria did not turn out to be the end of the story.

Mariam Halabi, 88, was born and raised in Aleppo. She had never wanted to leave her homeland before.

In fact, she and her small family had never left Syria before. They didn’t even have passports.

But practicing her faith through years of civil war, without regular kosher supplies, praying in secret, was taking its toll on Mariam.

Friday night Shabbat dinners continued through gun battles and airstrikes, but in the fourth year of the war, she became a vegetarian after kosher meat from Turkey ran out.

Worried for his family, Mariam’s U.S.-based son Eli wanted his mother and sisters Gilda and Sarah out.

But when the time came to leave, even Mariam and her daughters did not know the plan.

Eli, Mariam’s only son, moved to Brooklyn in 2005, long before the start of the civil war in his homeland.

Like many others coming to the United States, he wanted to chase the American dream: a better life and more money.

After a decade of separation and news of barrel bombs dropped on his hometown by the Syrian regime, Eli contacted his rabbi. 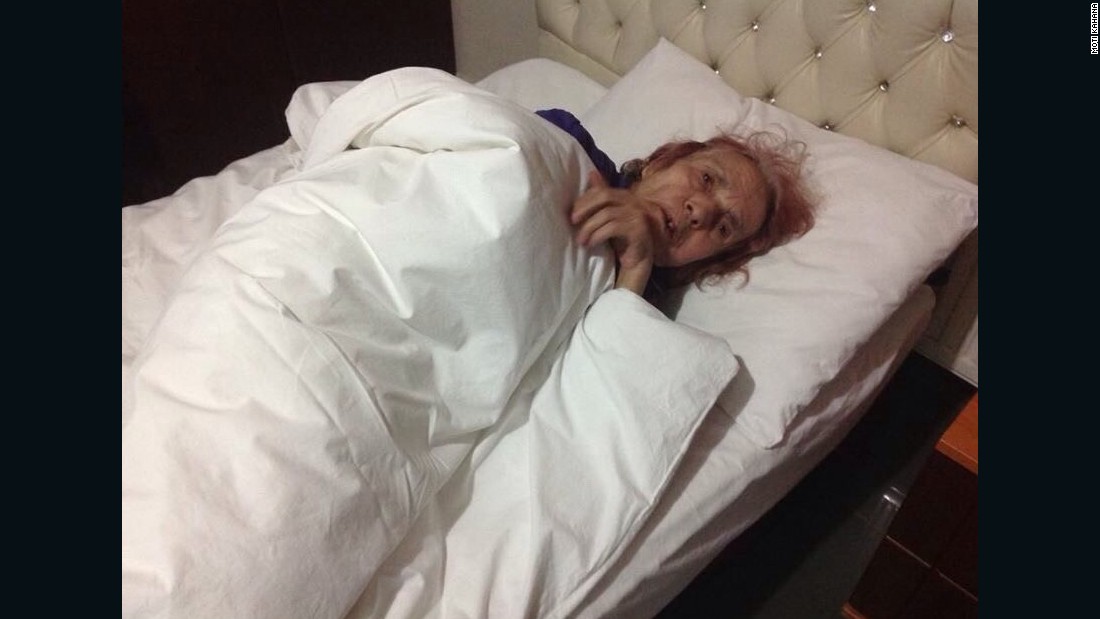 The rabbi had heard of an Israeli-American businessman who had been in and out of Syria since the revolution began.

He arranged for Eli to meet the businessman, Moti Kahana.

Gregarious and outspoken, Kahana was willing to help.

“I had helped another family before this one so I knew this was a possibility,” Kahana said.

This time the plan was more complicated though.

Not only were the moderate Free Syrian Army rebels and the Syrian regime operating in Aleppo, by late 2015, the so-called Islamic State and al Qaeda-linked Jabahat al-Nusra were also encroaching.

The journey out would have to be winding and dangerous.

And Kahana wanted to send the Halabi family to Israel — but did not think it was safe to tell them that.

“The word Israel could not be mentioned to anyone inside Syria,” Kahana said, “so we could not tell them about the precise plan.”

Syria to Turkey to Israel

To further complicate the operation, Gilda was married to a Syrian Muslim man with three children from a previous marriage. Getting four Muslims to Israel was not an easy feat, Kahana thought, but that would have to be dealt with once the family was out of Syria.

The plan itself was simple: get the family passports, get them in a van, and get them to Turkey.

The Jewish Agency, a nonprofit that organizes “aliya,”or immigration of Jews to Israel from around the world, was to take charge of the family journey once they reached Istanbul.

Neither Eli nor Kahana could get to Syria, so they worked with moderate Syrian rebels in the city.

The Muslim rebels, who “did not ask for a single penny,” he said, facilitated the trip , guarded the family’s safety, and did everything to get the Halabis out of the Aleppo.

It took weeks to get the family passports through the Syrian government, a task Kahana entrusted to some of his contacts in-country.

Then, the Halabi family waited.

Finally, out of nowhere, a minibus arrived at the family’s doorstep.

“Thud, thud, thud!” Kahana recounted. “Initially we had to confuse them. Who was knocking at the door? Is it (Syrian President Bashar al-) Assad? Rebels?”

This gave the family less time to think, gather belongings and get into the running van, according to Kahana: “No one broke windows or kidnapped them. We just wanted to get them all out quickly and let them ask questions later.”

Once all seven were in the van, the rebels identified themselves and told the family Eli had sent them.

What should have been a two-hour journey from Aleppo to the Turkish border town of Gaziantep stretched out over 72 hours to avoid checkpoints, ISIS and the Syrian regime.

No one but a few rebels knew their whereabouts on the strenuous journey to an outpost on the Turkish side of the border.

Tired, hungry, and terrified, the group was dropped off with a Palestinian Muslim woman and her Syrian husband in Gaziantep.

Kahana had contacted them ahead of time and asked for their help.

“Of course I took them in. Why wouldn’t I? I helped them because of humanity. They were alone and needed help. Everyone needs help,” said the woman, who asked not to be named to protect her safety.

Afraid her Syrian neighbors would be nosy, the woman put the family up at a nearby hotel for a night, and the next day, Mariam and her family were driven to a safe house in Istanbul.

Only once they were in Istanbul did the family find out they were going to Israel.

And that is where the journey became even more complicated.

The Jewish Agency took over the final leg of the trip. Getting Mariam and Sarah, her unmarried daughter, to Israel was simple.

But since Gilda was a convert to Islam, she could not be issued an aliya visa — one for Jewish migrants settling in Israel. And it is illegal to convert from Islam while in Turkey.

The head of public relations for the Jewish Agency, Yigal Palmor, is deeply critical of Kahana, calling him “dangerous” and an “aliya vigilante.”

The Halabis wanted to stay in Syria, and had made no effort to leave, Palmor insisted.

Kahana “resorted to scare tactics, which in itself is totally reprehensible, to get them out. They don’t have family in Israel. He told them they would be going to America,” Palmor said.

Kahana acknowledges he lied to the Halabi women about their final destination.

Wanting to keep the word “Israel” out of the negotiations in case it was overheard by the Syrian government, he said, he admits he had implied the Halabis would reunite with Eli in America.

In the end, Gilda and her husband, along with his three children, went back to Aleppo.

They were not offered any other options, like a tourist visa or humanitarian visa, Kahana claimed.

Palmor denies this, saying many people who are not Jewish travel to Israel on a tourist visa, insisting again that maybe the five did not want to move to Israel.

Mariam and Sarah, meanwhile, have made it to Ashkelon in Israel, and they are in touch with Eli in Brooklyn.

But Palmor worries about what will happen to this torn-apart family, now scattered across three countries: “It’s not like they can start over again.”

‘The future is dark’: Palestinians react to Israel’s election