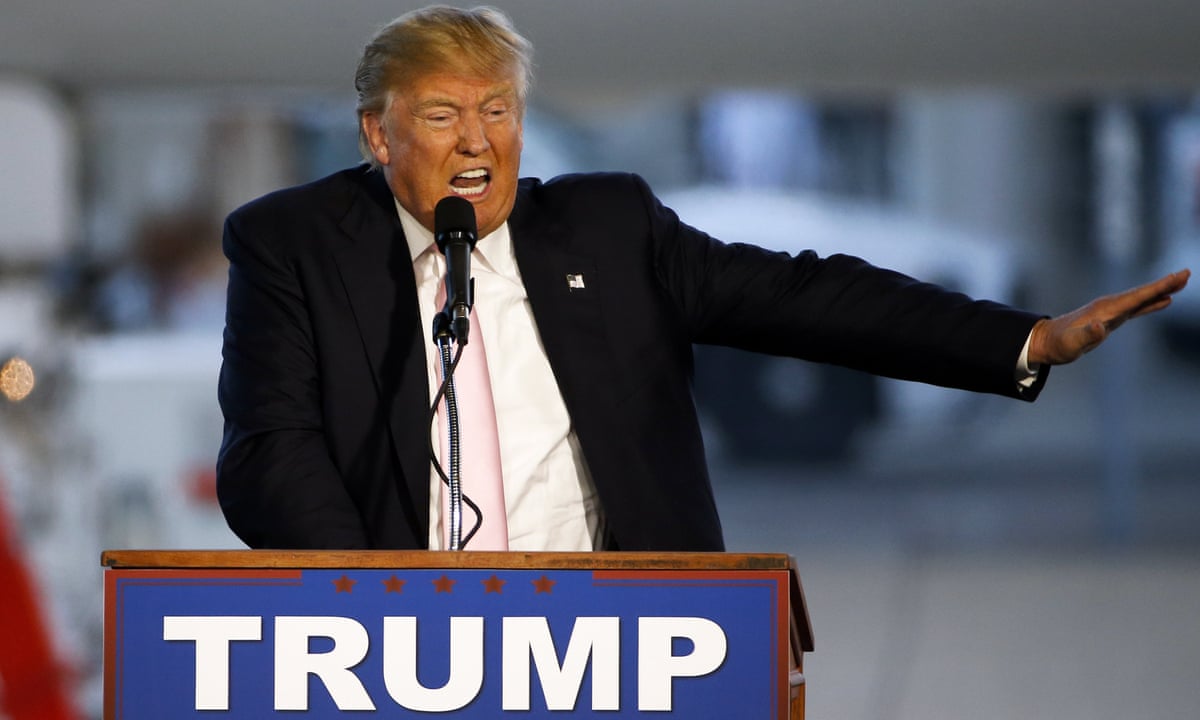 Republicans go to the polls in five states on Tuesday facing a stark choice between Donald Trump and a protracted race that could descend into chaos and, some fear, potential violence.

On a critical day for the partys future, Trump could virtually lock up the nomination if he wins the delegate-rich states of Florida and Ohio, probably eliminating rivals Marco Rubio and John Kasich in the process.

But if the New York billionaire falls short, he could face an uphill struggle in the remaining primaries to clinch the 1,237 delegates needed for an outright win, raising the spectre of a contested Republican convention in July. Even if Trump goes to the convention with the most delegates, the Republican establishment could mount a rearguard action to snatch the nomination from him.

Such a prospect has raised fears of a backlash from the populist outsider and his supporters, especially after a week in which his rallies seethed with discord and violence.

Ted Cruz, the Texas senator running second, has warned that meddling by the Washington establishment would cause a manifest uprising. Host city Cleveland is planning to buy 2,000 sets of riot gear ahead of the convention.

Veteran journalist Dan Rather recalled the mayhem that engulfed the Democratic convention in 1968, saying it was the only election year in his lifetime worse than 2016. If Trump wins Florida and Ohio, I think hes the Republican nominee, he told MSNBC. But if he falls short of the delegate total needed, he added, anything could happen.

Despite the risks of such a scenario, many Republicans may see a potential floor fight under the worlds gaze as the lesser of two evils. Party elders are appalled at the prospect of a Trump nomination, regarding him as a demagogue and a bigot who will guarantee certain defeat by Hillary Clinton in November.

Rubio, while campaigning across his home state of Florida, cast the decision before voters on Tuesday as one that would determine not just the identity of the nation but also of the Republican party.

Tomorrow, you face a choice between optimism and fear, he told a crowd of a couple of hundred people who had assembled in the parking lot of a local diner in Melbourne.

With each passing event, the senator only grew sharper in tone, swinging between being critical of Trumps rise and seeming helpless in the face of it.

My whole life I have been told no matter how you may feel about someone, you respect everyone because we are all children of the same God. Now being respectful to one another is considered political correctness.

The senator is hoping for a historic victory from behind in Florida, where he trails Trump by double digits in many recent polls. Barring an upset, Rubio is all but certain to suspend his presidential campaigning after the results are in.

He appeared to reach an acceptance of the prospect on Monday as the day wore on, capping off a bus tour at a park in West Miami blocks from where he grew up.

Switching between English and Spanish before the majority Latino audience, Rubio said: No matter where I go or what Ill be, I will always be a son of this community I will always carry with me the hopes and dreams of the generations who made the dreams of mine.

At yet another tense event disrupted by protests in Tampa, Florida, on Monday, Trump made clear he is hoping to land a knockout punch on Tuesday night: If we win Ohio and we win Florida, then everybody agrees that its pretty much over and then I can focus on Hillary, because thats what I really want to focus on.

Watched by supporter Sarah Palin, he also called on the party establishment to rally to his cause. The Republican party has to come together. Some of these people are angry people because theyre not used to this. One of the reasons they dont like me running is because I dont want their money, and unless they give me money, or unless they give somebody money, they dont have control.

But the partys anti-Trump forces continued to hammer him. A Super Pac formed to oppose him released an ad on Monday featuring demeaning quotes from Trump about women, and urged people to oppose him if you believe America deserves better.

The White House press secretary, Josh Earnest, also weighed in, criticising Trumps rivals for declaring they would back him if he wins the party nomination. At some point, somebody in the Republican partys going to have to step up and show some leadership, he said.

The frontrunner looks all but certain to win Florida, where 99 delegates are at stake. Officials there reported that almost 1.2 million Republicans had already cast ballots in early voting, compared with nearly 850,000 Democrats.

But Trump faces a far closer call in Ohio, another winner-takes-all contest with 66 delegates up for grabs, where the latest polls show Kasich in the lead or tied . Kasich said in February that he will end his presidential bid if he does not win the state that he governs.

Illinois, Missouri and North Carolina as well as the Northern Mariana Islands will also vote on Tuesday, with a total of 367 delegates available. By the end of the night, Trump may have crossed an important threshold by collecting more than half the delegates awarded so far and, in effect, become the presumptive nominee. But if he underperforms, a contested convention will be on the cards.

This would have political pundits salivating but has divided voters in Ohio this week. Steve Hays, a machine shop owner, said he planned on voting for either Kasich or Trump but intimated that Trump might earn his vote in the end because Im concerned about a brokered convention, and its potential to subvert the popular will.

Longtime Republican voters Red and Jayne Sterner of Jackson Township, Ohio, felt differently. Jayne said: If Trump doesnt get all of the delegates, the people in the know will decide things. They have to know what Republicans want.

Red chimed in: I think the convention is a good place to work it out.

Tony Vrintlinger, from Westerville, Ohio, was even more excited about the possibility of a contested convention. Its really the way a convention should be, otherwise why have one? he asked. If its not contested, its already decided.

On Monday he was joined by Mitt Romney, the 2012 Republican nominee and arch-critic of Trump, who said: This is the guy Ohio has to vote for, and Americas counting on you.

Meanwhile Cruz, hoping to emerge as Trumps only rival for the nomination, focused his efforts on Illinois, making five stops in a last-minute attempt to rack up as many delegates as possible. He made a pitch of jobs, freedom and security and went after Trump as a liberal Democrat.

Cruz repeatedly attacked the businessmans past donations to Rahm Emanuel, the embattled Democratic mayor of Chicago. Speaking in Springfield, he asked how much Trump Vodka would you have need to have had to give a $50,000 donation to Emanuel. The crowd cheered and laughed at the reference, prompted by an audience member, to Trumps failed attempt to enter the liquor business.

Earlier on Monday, Cruz came closer to saying he would not vote for Trump in a general election than he has at any point in the past. I can give you one example where I would no longer support Donald Trump, he told reporters, before referring to a notorious remark Trump made earlier this year: If, for example, he were to go out on Fifth Avenue and shoot somebody, I would not be willing to support Donald Trump.

The chaos that Trump has brought to the campaign trail invaded a Cruz event for the first time when a protester interrupted Cruz and started shouting Go back to Canada! and waving a Trump sign at a campaign event in Peoria. The candidate, who was born in Canada, responded to his shouts by saying one difference between this and a Donald Trump rally is Im not asking anyone to punch you in the face as security eventually led the protester away.