History shows that its impossible to call in advance whether forcing a delay will work in the service of ones ideological agenda, or against it 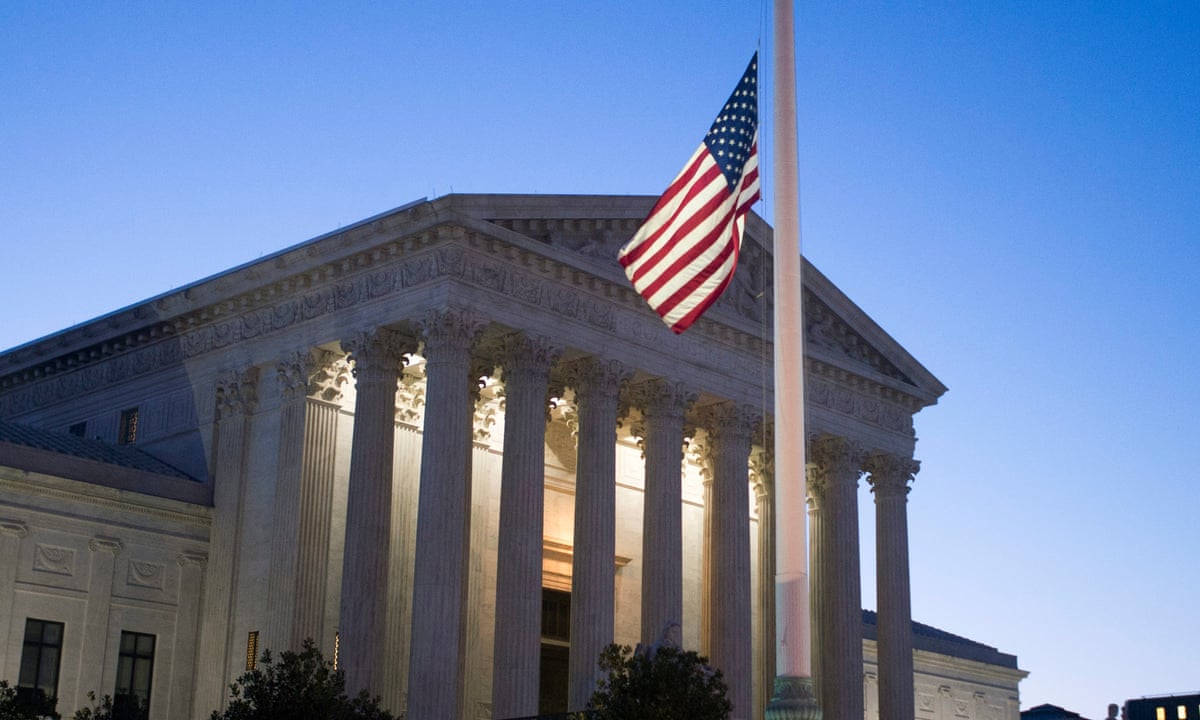 Senators Ted Cruz and Marco Rubio and all the other Republican obstructionists who want to block Obama from nominating a new US supreme court justice would be wise to learn their 19th century history before theyre doomed to repeat it.

Immediately after the death over the weekend of Justice Antonin Scalia, Republican members of Congress, led by Senate majority leader Mitch McConnell, announced that they would block any nomination to the court by Obama, a call echoed by Republican presidential candidates.

But such efforts to avoid confirming a judge with opposing views may well backfire its impossible to call in advance whether forcing a delay will work in the service of ones ideological agenda, or against it.

It happened both ways in the 19th century, when two supreme court justices died in election years associate justice Henry Baldwin, who died in April 1844, and chief justice Roger B Taney, who passed away just a month before election day in 1864.

It might seem unfair to draw parallels between Scalia and Taney, who was almost certainly the worst chief justice in US history; however, despite liberal colleague Ruth Bader Ginsburgs obvious deep affection for Scalia, theres no denying that he was responsible for the high courts conservative shift in recent years, from the Citizens United case, which unleashed the floodgates of corporate money into politics, to the overturning of the Voting Rights Act, to his constant opposition to reproductive rights and marriage equality.

Taney, who served on the court from 1836 to his death, was a staunch conservative and a proponent of slavery. Most famously, he handed down the infamous Dred Scott decision in 1857 that ruled that African Americans could not be citizens. In Taneys words, blacks were altogether unfit to associate with the white race, either in social or political relations, and so far unfit that they had no rights which the white man was bound to respect.

Yes, Citizens United pales in comparison to this, but keep in mind that Scalia was the person who once compared homosexuality to reprehensible conduct, such as murder, for example, or polygamy, or cruelty to animals. In his dissent in Lawrence v Texas, which struck down Texass sodomy laws, he opined that homosexuality was akin to prostitution, adult incest, adultery, obscenity, and child pornography.

Taney, originally from the border state of Maryland, remained on the bench during the civil war and was a thorn in Abraham Lincolns side, ruling against the president during the war, most famously when Lincoln suspended habeas corpus. Taneys death in October 1864 delighted many; most of Lincolns cabinet refused to attend the funeral, including secretary of the navy Gideon Welles, who wrote in his diary: The course pursued [by Taney] in the Dred Scott case and all the attending circumstances forfeited respect for him as a man or a judge.

Despite the fact that the Senate was firmly controlled by liberal Republicans (a party which shares little but a name with its current incarnation), Lincoln held off naming a successor to Taney until after his reelection, not wanting to provide any ammunition over his choice to his rival, Democrat George B McClellan.

Lincoln won reelection handily. A month later, Salmon Chase, the former Treasury secretary, was nominated and confirmed to the bench in a single day. His support for Lincolns agenda helped the passage of the 13th, 14th and 15th amendments all of which would have been adamantly opposed by racist Roger Taney. Similarly, it seems that whomever Obama nominates to the high court will have a similar Chase-like effect, pointing the court in a more liberal direction and undoing some of Scalias work if the president can get the Senate to vet his eventual nominee.

Theres a chance, however, that Obama will face the same treatment as John Tyler, the 10th president and the first vice-president to take office upon the death of a president. William Henry Harrison, elected on the Whig ticket in 1840, caught pneumonia at his inauguration and died 30 days later, becoming the countrys first president to die in office (and the one with the shortest tenure). The constitution did not then have a formal right of succession, but that didnt stop Tyler from assuming the presidency. His rivals basically everyone in Washington took to calling him His Accidency.

Tylers one term in office is rarely remembered today, but he had the bad luck to have two supreme court justices die in office during his term: Smith Thompson and Henry Baldwin.

When Thompson died in December 1843, Tyler nominated his treasury secretary, John C Spencer, to the bench, but the Whig-controlled Senate saw Spencer as a traitor to the party and thwarted his appointment. Tylers next nominee, Edward King, faced a similar fate. By that point, Tylers rival, Whig Senator Henry Clay, was running for president and certainly wanted to wait until he was in office to make his own nomination and shape the court.

Then, in April 1844, associate justice Henry Baldwin also passed away, leaving two vacancies on the bench. Clays Senate doubled down, refusing to support any Tyler nominee. When Clay lost the 1844 presidential election, a replacement for Thompson Democrat Samuel Nelson was finally confirmed in February 1845, Tylers last month in office. But it took the Senate a record 27 months after Baldwins death before President James K Polks eventual nominee, Democrat Robert Cooper Grier, was confirmed in 1846.

Henry Clays plan had backfired: he had hoped to hand pick two Whigs for the bench; instead the supreme court was now firmly in the hands of Roger Taneys Democrats, whose rulings would fundamentally alter Americas history and ultimately lead to the civil war.

Todays Senate Republicans should be careful what they wish for: come January 2017, the White House and Congress may look very different and not in the way they imagine.