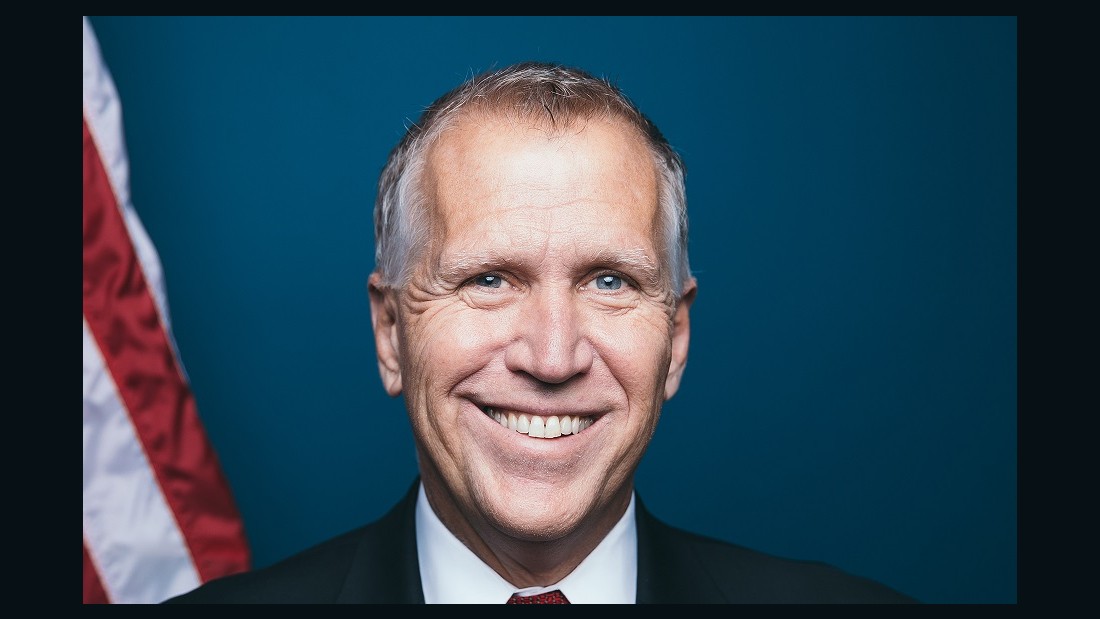 (CNN)Republican Sen. Thom Tillis will vote in favor of a resolution against President Donald Trump’s declaration of a national emergency at the border, the North Carolinian wrote Monday in a Washington Post op-ed.

“As a U.S. senator, I cannot justify providing the executive with more ways to bypass Congress,” he wrote. “As a conservative, I cannot endorse a precedent that I know future left-wing presidents will exploit to advance radical policies that will erode economic and individual freedoms.”
The measure would block the President from accessing some funds to construct a wall on the southern border. The House is set to vote on the resolution Tuesday, and it is likely to pass in the Democratic-controlled chamber.
The measure would then go to the Senate and a floor vote would be held within 18 days, according to federal law.
If all Democrats vote for it, they will still need four Republican votes to help them stop Trump’s national emergency declaration. They have two, now that Tillis and Maine Sen. Susan Collins have said they’ll join. Other Republicans have also expressed concern about Trump’s decision to declare a national emergency as well.
Trump has vowed to veto the resolution, which would be the first of his presidency. To override that, two-thirds of both chambers of Congress would need to vote in favor of the resolution after Trump vetoes it.
Tillis argued that voting on the resolution should not be a question of support for the President and border security. Instead, he said, it is an issue of separation of powers, and he warned Republicans not to “look the other way” because the same tactic could be used by a Democratic president in the future.
He equated his opposition to the national emergency to his opposition to then-President Barack Obama’s executive action creating the Deferred Action for Childhood Arrivals program.
“There is no intellectual honesty in now turning around and arguing that there’s an imaginary asterisk attached to executive overreach — that it’s acceptable for my party but not thy party,” Tillis wrote.
The national emergency is facing legal challenges as well after 16 states filed a lawsuit to block it last week.
Opposition to the national emergency was also expressed Monday in a letter signed by a bipartisan group of former national security officials.