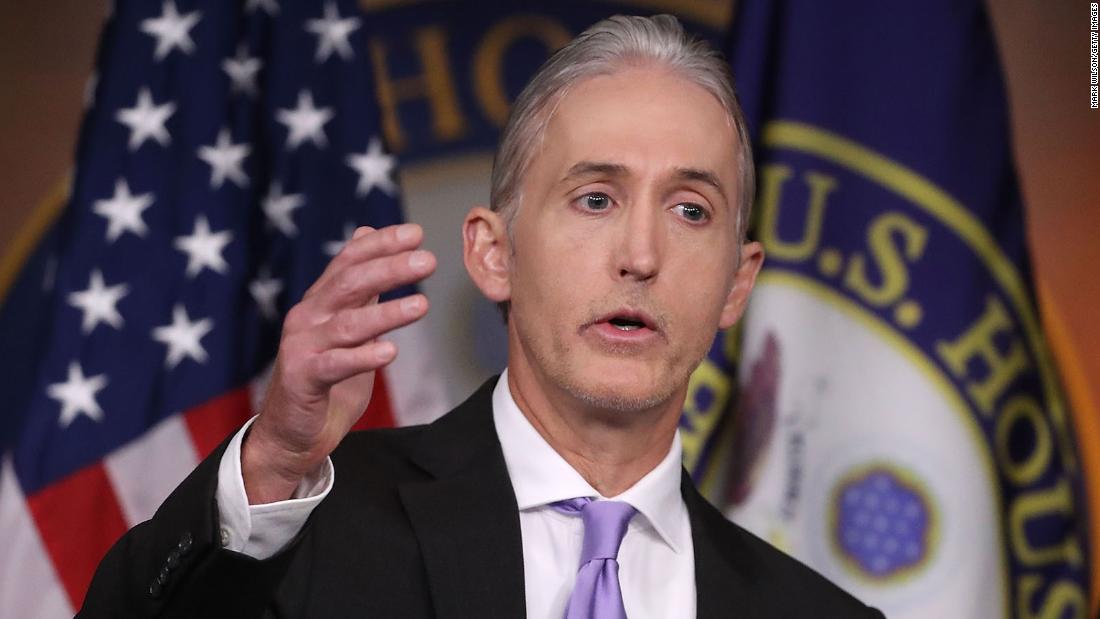 Washington (CNN)South Carolina Republican Rep. Trey Gowdy said Wednesday he believes President Donald Trump should meet with special counsel Robert Mueller, amid reported developments that indicate the President is a subject — though not a criminal target — in his investigation.

His comments come following The Washington Post’s report that Mueller told Trump’s attorneys that the President is not currently being considered a criminal target in the investigation, three people familiar with the discussions told the publication.
Gowdy, who won’t be seeking reelection in 2018, said he believes Mueller is a fair prosecutor and reiterated that Trump should sit down with the special counsel.
“Only he knows what he knows. He has been adamant that his campaign did not collude with anyone, including other segments of his campaign to get out the vote in certain states,” Gowdy said, adding later “If you have nothing to hide, sit down … tell him what you know.
Gowdy was previously critical of the Trump legal team’s handling of the meeting.
In March, while John Dowd was still Trump’s lead lawyer, Gowdy suggested that Trump looked guilty by not sitting down with Mueller and frequently criticizing the special counsel’s investigation.
“If you have an innocent client, Mr. Dowd, act like it,” Gowdy said on “Fox News Sunday,” later adding, “If you believe, as we’ve found, that there’s no collusion, you should want special counsel Mueller to take all the time and have all the independence he needs to do his job.”
Dowd has since left Trump’s legal team.