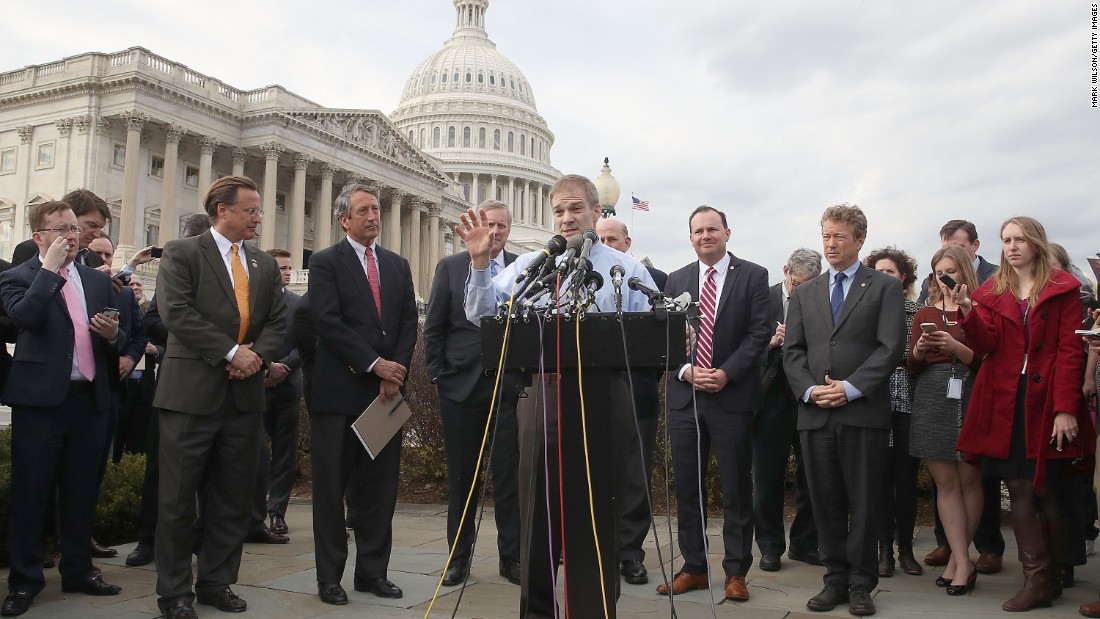 Washington (CNN)One of the leading voices of the House Freedom Caucus warned Sunday that House Speaker Paul Ryan was facing problems from fellow Republicans dissatisfied with his leadership.

“Do I think the speaker has problems? Yes, I do,” Jordan said.
He noted that Ryan entered the national stage as one of the party’s top hawks on deficit spending.
“Just a few years ago, he was viewed as the leader of fiscal responsibility in our party,” Jordan said. “And now he presides over a bill that increases spending $300 billion, a trillion-dollar deficit, when we were so poised to win this fight. Of course he’s got problems.”
Asked if this meant he thought it was time for Republicans to change their leadership, Jordan demurred, saying, “We’ll have that debate at the appropriate time.”
Jordan was among the Republicans who voted against the package citing concerns over increased spending, and on the other side of the Capitol, Kentucky Republican Sen. Rand Paul railed against his colleagues for what he called “hypocrisy” on spending and held the floor of the Senate through Thursday evening, slipping the government into a temporary shutdown.
Paul, in an interview on CBS “Face the Nation,” defended his move and said many Republicans have not reckoned their calls for decreased spending with their support for increased military budgets.
“There’s sort of this question, is the military budget too small or maybe is our mission too large around the world?” Paul said. “And because Republicans are unwilling to confront that they want more, more, more for military spending.”
In a separate interview on CBS, White House budget director Mick Mulvaney defended the deal President Donald Trump approved of and said to get a boost in military spending, they had to give in to some Democratic demands.
“They held the Defense Department hostage, and we had to pay that ransom,” Mulvaney said.
Mulvaney, who was himself a member of the House Freedom Caucus until Trump tapped him for budget director, also said he probably would not have voted for the deal if he were still in Congress.
“My job as the director of the Office of Management Budget is to try to get the President’s agenda passed,” Mulvaney said. “And right now the top priority for this President was getting the Defense Department the money necessary to defend the nation.”